Christine Chang in a scene from 'New Amsterdam'. Photo: Google

Early in the pandemic, actor Christine Chang was verbally attacked in a grocery store.

She told her story to New Amsterdam co-executive producer and writer Y. Shireen Razack, who then adapted it for the small screen, and in the recent episode of the NBC hospital drama, Chang's character Dr Agnes Kao treated an Asian-American patient experiencing PTSD from a hate crime.

In the scene, Dr Kao was able to diagnose the patient, who was shaken by physical touch, because she, too, had experienced violence.

"We want to make accurate storytelling about underrepresented communities," Razack, who also co-founded a think tank for inclusion and equity with the goal of increasing inclusivity in TV and advancing authentic storytelling, said during a virtual panel on Friday (April 2).

"It's at the forefront of what we're doing because Hollywood has for so many decades perpetuated harmful stereotypes, and now we really need to make it a priority to dismantle that."

On the panel, which also included New Amsterdam actor Daniel Dae Kim and executive producer David Schulner, Razack praised Chang's courage in reliving the trauma she experienced during her attack last year while filming this episode.

Although it was difficult to shoot, Chang felt it was important to do, to raise awareness about pressing issues.

"I felt incredibly supported by the whole cast and crew," Chang said.

"I'm just really proud to be on a show that doesn't shy away from difficult and painful topics.

"And that's incredibly damaging to young people's self esteem."

In the wake of numerous anti-Asian attacks in the United States, Chang opened up about two other racist incidents she has faced in the last month.

"Coming from an anti-Asian racism rally in Union Square, someone called me a 'dirty effing pig, '" Chang said.

"And then when I was driving home from set one day, someone came and knocked on my car window, motioning for me to get out."

In March, Kim testified in front of Congress about anti-Asian hate, voicing support for the Covid-19 Hate Crimes Act and the No Hate Act, which would provide "counselling for those convicted of hate crimes and improved data collection for hate crime reporting, among other important services."

Another episode of New Amsterdam, which was written just two weeks after the murder of George Floyd, will continue the discussion by looking at systemic racism in the context of health care.

"The country was going through a seismic reckoning with racial injustice," Schulner said. "And we knew on day one, that's what we had to address on the show."

Speaking on the importance of using his platform to make a difference, Schulner noted that as long as the show is entertaining, they can use it to explore vital topics in social justice.

"To not do something with those 43 minutes... to not take a risk, to not not amplify other voices, would be criminal in my opinion," Schulmer said.

The panel ended on a hopeful note, discussing the ways in which people can take action, including supporting organisations like Stop AAPI Hate and learning bystander intervention techniques.

"We are now at a place where we're having this conversation on a scale that we've never had in our lifetime," Kim said.

"If we do it the right way, and we approach it with the right care, then we really can build something better for the future." – Reuters 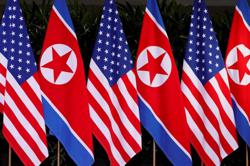 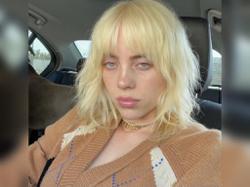