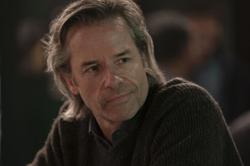 The second quarter of the year kicks off with these exciting line-up of programmes:

While searching for her missing husband, a cleaning lady unexpectedly commits a murder. The dodgy, underground world of hired killers finds out what she did and in order to keep the murder a secret, she is forced to commit more killings at their behest. Burcu Biricik stars in this Turkish series.

Set in 1890s London, a supernatural event confers a group of women, The Touched, with wondrous abilities. Threatened by their newfound powers, brutal forces have ganged up to decimate them. Starring Laura Donnelly, Ann Skelly and James Norton.

The series is garnering a lot of positive reviews ahead of its premiere. Kate Winslet leads the cast as a detective in a small town in Pennsylvania. But with her personal life quickly coming apart, it looks like crime isn't the only thing she has to solve.

The Fold is a land shrouded with darkness and teeming with monsters. Many have fallen in their attempt to traverse the land.

Meanwhile, a teenage girl, Alina, who grew up in an orphanage. discovers she has the ability to summon light, which in turn means she can drive out darkness and cross The Fold unscathed.

As news of her abilities spread like wildfire, especially among the power-crazed, young Alina must race against time to hone her powers and defeat the encroaching darkness - whatever form it takes.

As a tribute to medical frontliners, Dimsum Entertainment is bringing back medical-themed favourites like Thai series My Ambulance, K-dramas Dr. Romantic, Doctor Stranger and Japanese drama An Incurable Case Of Love.

Immerse yourself in the adrenaline-pumping medical world, complete with a dose of romance. Side effects include accelerated heart rates and butterflies in the stomach!

Watch them all on Dimsum Entertainment now. 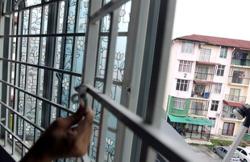