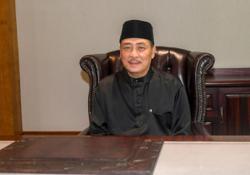 A picture of a male newscaster on Malaysian TV presumably wearing a cheongsam (also known as qipao), usually a women’s outfit, attracted attention among the netizens.

However, RTM spokesperson clarified that what the newsreader was wearing is actually an outfit called samfu that’s worn by men.

K. Krishnamoorthy, RTM’s director of public relation division, said: “As a government agency, RTM is sensitive towards cultural and racial matters. We always refer and countercheck on things like this.

“(On the outfit), we referred to our stylist Jenny Kueh who told us that this is a trendy wear at the moment which originates from a traditional outfit from the Machu ethnic group in China. It is called a samfu.

“Our mistake is, it's the wrong size for our newsreader.” 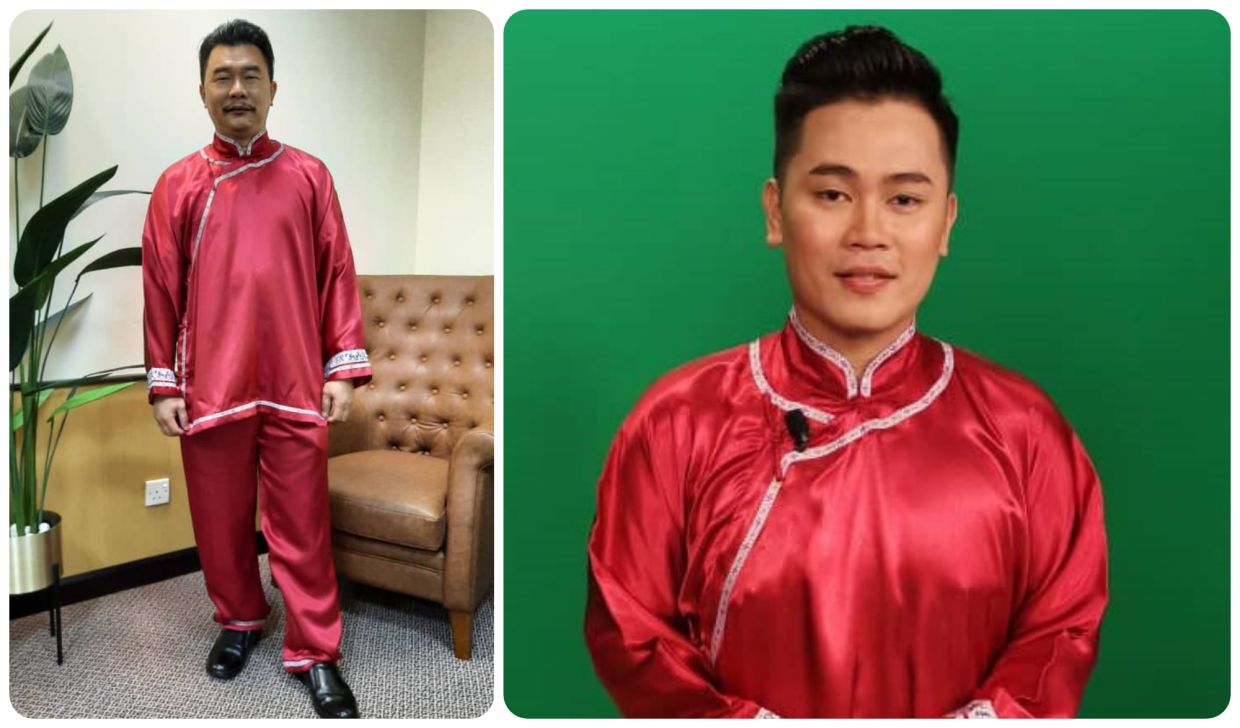 A combination photo of the outfit in question. On the left is newsreader Ruskap Muaram showing the outfit in full. On the right is Mohd Dhihya Sahlan, also in the outfit. Photo: RTM

The newsreader in question is Mohd Dhihya Sahlan who read the Berita Wilayah slot on TV1, which was broadcast from Sabah, on the first day of Chinese New Year (Feb 12).

Kueh said: “What Wong Fei Hung (Once Upon A Time In China) wears is a long samfu version that almost reaches the feet. This the short version.”

While earlier comments on the picture garnered negative remarks that the station is insensitive in not checking the outfit properly, the later comments by netizens highlighted that the outfit is actually worn by men.

Likewise, some netizens did point out that characters in film like Ip Man and Once Upon A Time In China have worn similar outfits.

ALSO READ: How has the cheongsam fared in the 21st century? Malaysian designers weigh in

One of the negative comments posted online was from radio personality Patrick Teoh who wrote “The guy and station does not realised (sic) that he is wearing a woman’s cheong sam!” 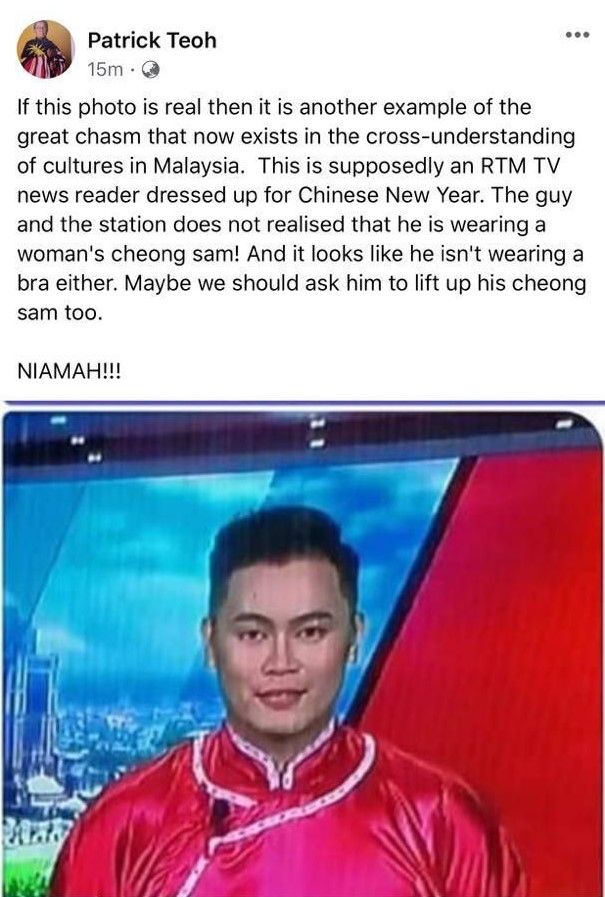 A screen capture of a comment posted online.Krishnamoorthy added: “We, at RTM, are a bit upset with Mr Patrick Teoh. A personality like him, being a Chinese ethnic, should have checked his facts before giving a very irresponsible remark like this.

“It is a defaming comment. While we welcome criticism, it must be done in a proper manner. Let it be a constructive criticism and not delivered in a rude way, ”.

Meanwhile, the Malaysian fashion community is divided over the issue. Some designers do not see anything wrong with the outfit, while others believe it should not be worn at all.

Malaysian designer Melinda Looi pointed out that the outfit does look like a samfu, which is also designed for men and sports the side opening similar to a cheongsam.

However, the general consensus from those in the fashion industry is that, it is not a well-designed piece. According to them, the thin and shiny fabric with the piping make the outfit look feminine, which could’ve caused the misunderstanding.

How has the cheongsam fared in the 21st century? Malaysian designers weigh in 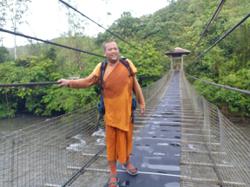