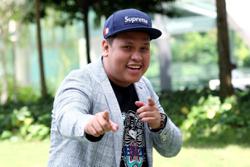 Shuk Sahar is a radio deejay and comedian who shot to fame after his stint on reality comedy series 'Raja Lawak' in 2011. Photo: Filepic

Shuk Sahar, a popular radio deejay and comedian, has been suspended from his duties at local radio station Hot FM following accusations of an extramarital affair.

Hot FM released a press statement on Jan 25, stating: "The reason for his temporary suspension is to allow the management to investigate the allegations that have gone viral."

It all started when Shuk's wife, Rossalennah Natassiah Asshaferah, accused him of having an affair with a woman, Fara Salleh, on Jan 23.

Convinced that Shuk was at Fara's house, Rossalennah went to her house, asking she be permitted to enter to search for her husband.

Fara refused and turned Rossalennah away, telling her to call the police or authorities from Jais (Selangor Islamic Religious Department) to come and search her house instead. Rossalennah captured her confrontation with Fara on video and uploaded on it on Instagram.

Fara later made a police report, fearing that her safety was compromised. Speaking to mStar, The Star's Malay-language portal, outside the police station, Fara said she made the report as her house address and contact number was made public and she has been receiving death threats.

Shuk and Rossalennah tied the knot in 2015. They have a four-year-old and one-year-old together.

The 34-year-old radio announcer first shot to fame on the reality comedy series Raja Lawak in 2011 before going on to star in local films TV shows. 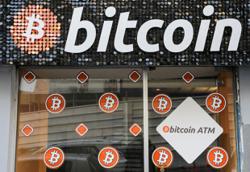