'Sex And The City' reboot without Samantha? Fans are outraged 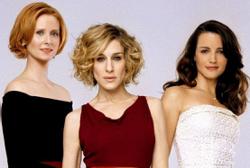 On Twitter, one fan wrote: 'Sex And The City doing a new series without Samantha is like Destiny's Child making a comeback without Beyonce.' Photo: Handout

Breakthrough television series Sex And The City returning without the sexually liberated Samantha Jones has provoked cries of indignation and a flood of memes on social media.

Actress Kim Cattrall, 64, who played the salacious role in the 1998 HBO series and two movie spin-offs, has not commented on the upcoming reboot or her long-running feud with co-star Sarah Jessica Parker, 55.

But her fans have been vocal with their outrage about the reboot, And Just Like That..., asking: "What's the point?"

On Twitter, one fan wrote: "Sex And The City doing a new series without Samantha is like Destiny's Child making a comeback without Beyonce."

Another fan said it was like a Spice Girls reunion, but without Posh Spice. Others compared the 10-episode reboot to the classic sitcom Golden Girls, about four women in a retirement home: "So reviving Sex And The City without Samantha just makes it the Golden Girls for millennials?"

Parker then responded: "Pen and paper at ready."

One Twitter user suggested: "Don't kill off Samantha in the Sex And The City, give Kim Cattrall her own spin-off show called Sex And The Other City set in London. She plays an agent for British movie stars, getting pissed in Soho with the gays and sleeping with corrupt politicians."

Parker had earlier posted a teaser trailer on Instagram, asking: "I couldn't help but wonder... where are they now?" The other two actresses who will reprise their roles, Cynthia Nixon and Kristin Davis, also shared their own posts.

Rumours of a feud between Cattrall and Parker had begun even when the show was on air and intensified over the years, with Cattrall finally stating she was not on board to do a third Sex And The City movie.

In a 2017 interview on Piers Morgan's Life Stories, she said she had "never" been friends with her co-stars. Referring specifically to Parker, she added: "We've been colleagues and, in some ways, it's a very healthy place to be."

Parker did not tag Cattrall on her Instagram post, leading a netizen to say: "They dislike each other."

Parker rebutted: "No. I don't dislike her. I've never said that. Never would."

She added: "Samantha isn't part of this story. But she will always be part of us. No matter where we are or what we do." – The Straits Times/Asia News Network 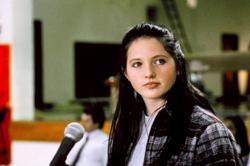