Details are sparse about what the new drama will be about or who she will act opposite save for the fact that it will be written by Kim Eun Sook.

The scriptwriter is known for high-profile dramas like Descendants Of The Sun (which also starred Song), Goblin and Mr. Sunshine.

The drama will be directed by Ahn Gil Ho, who has worked on Memories Of The Alhambra and Record Of Youth.

It is expected to air by the end of this year or early next year.

She made headlines in June 2019 when news of her divorce with Descendants Of The Sun co-star Song Joong-ki went public.

The couple were married for less than two years. 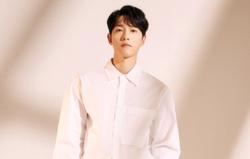