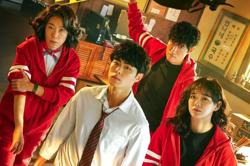 A group of survivors at an apartment building desperately fight to keep their humanity intact in 'Sweet Home'. Photos: Netflix

New drama Sweet Home, which is based on a popular webtoon, is unlike most TV shows from South Korea.

Worse, there are really ugly and horrifying monsters at every corner out to kill everyone else.

But it is the very exploration of a post-apocalyptic world with a story and characters not often seen in K-drama, complete with monsters, that attracted the cast and director to the project.

They said this during a virtual press meet just before Sweet Home premiered on Netflix on Dec 18.

Not too keen on living any longer, the teenager schedules the day he will commit suicide.

Ironically, right before he offs himself, the teenager finds the world has gone crazy no thanks to a global phenomenon that turns people into monsters based on their long-hidden desires.

Now, he – along with other occupants at Green Home – must do anything and everything to survive. 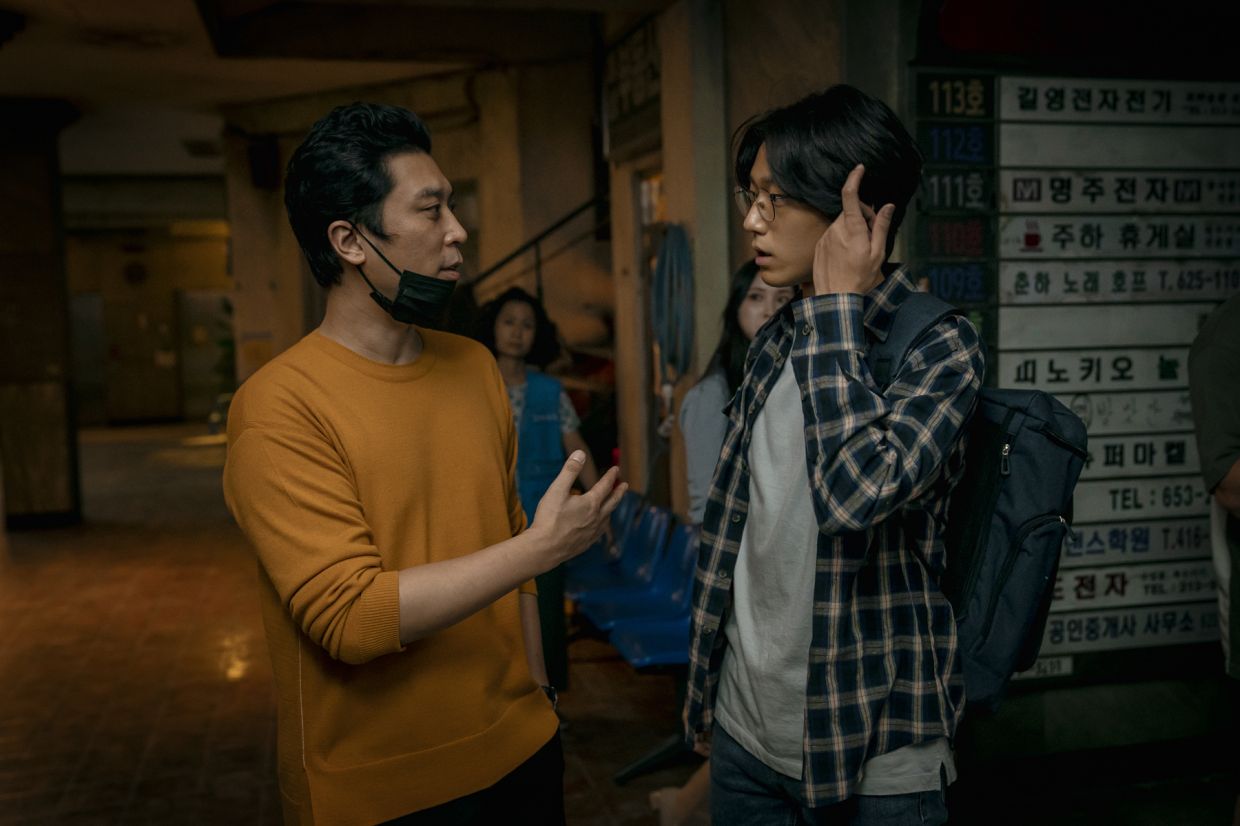 Director Lee Eung-bok with actor Lee Do-hyun on the set of 'Sweet Home'.

Director Lee told StarLifestyle that he was interested to helm Sweet Home because he believes that every single human being has their own flaws and imperfections.

“They may not show it superficially, but everyone has a problem and there’s something wrong with everyone.

“So, in that sense, I think the same theme permeates Sweet Home as well, and things could get a little messy because of it.

“Also, as with the webtoon, the fact that a boy who is on the verge of committing suicide is the hero of the story is very intriguing.

“That made me want to focus on featuring characters that are not showcased so much in dramas – people who are isolated and marginalised.” 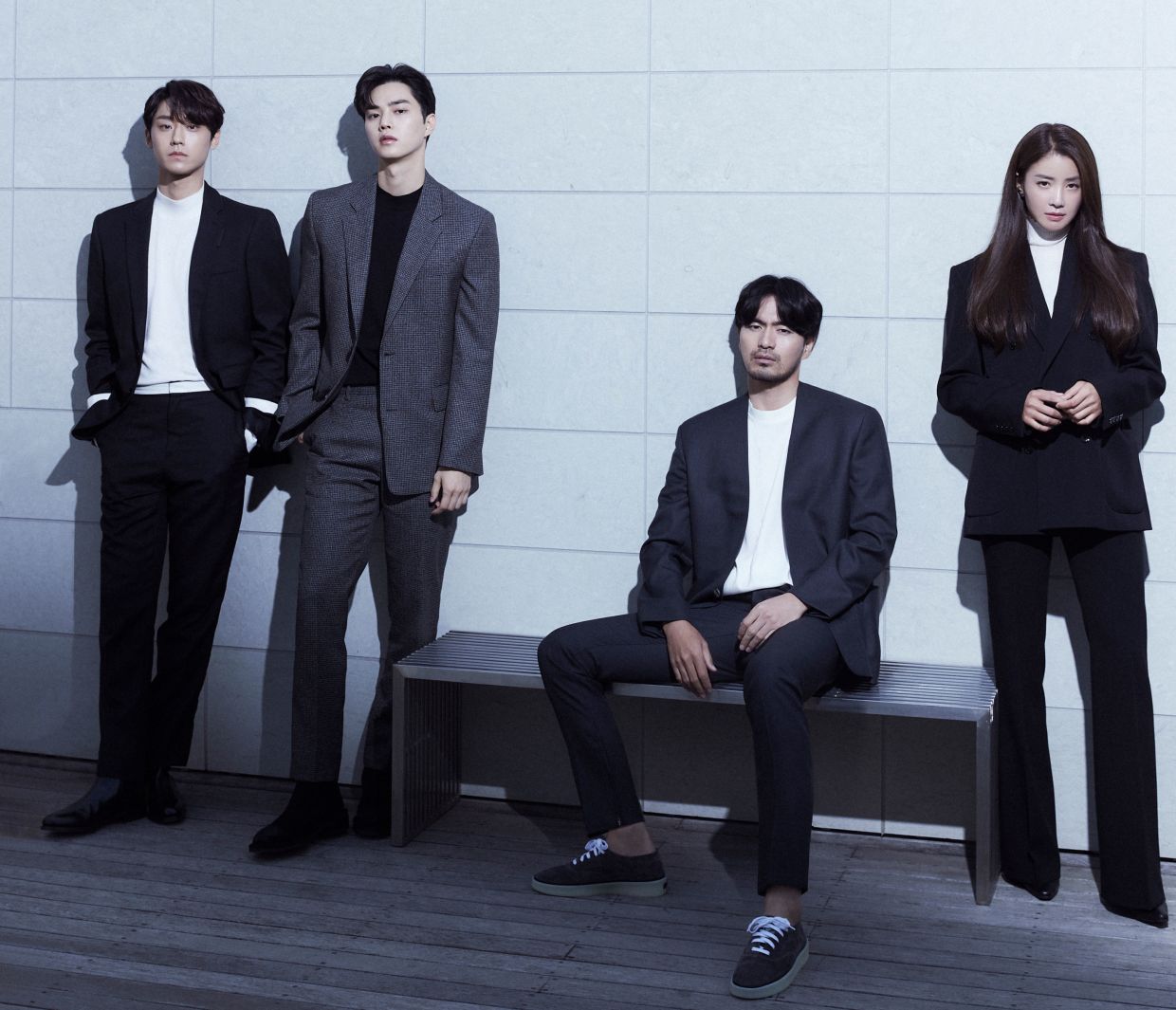 Actor Song, who happened to be a fan of the webtoon, was thrilled when director Lee contacted him for the role of Hyun-soo.

To play the part of a depressed teenager, the 26-year-old concentrated on his character’s emotions before anything else.

To achieve this, he would arrive on the set 20 minutes prior to the shoot so he could get into Hyun-soo’s headspace.

“In the series I not only play Hyun-soo, but also the hallucinating version of Hyun-soo.

“So, I put a lot of thought into tackling this role. But, I finally came to the conclusion that when expressing Hyun-soo, I should be true to the most introverted side of me and the darkness that I have within me.

“So, I tried to hold on to those things as much as I could during filming, ” said the actor of Love Alarm fame.

Fortunately for Song, Sweet Home also offered him a chance to get into action mode. He gleefully shared with the press that he enjoyed doing all the action sequences involving Hyun-soo killing the monsters, which the character does... a lot.

“I had a great time on set because you don’t really get the opportunity in real life to kill monsters. I enjoyed every moment of it.”

Jin-wook (Voice 2), who is famous for his good looks, transformed into a thug-like fella, while Si-young (Lookout) trained for six months to gain muscles that can be seen on the show.

“I put a lot of effort to show a completely different side of me, both internally and appearance-wise, to play Pyun Sang-wook in Sweet Home. I think I have succeeded, ” said the 39-year-old Jin-wook, who was all smiles during the session, unlike his character in the show. 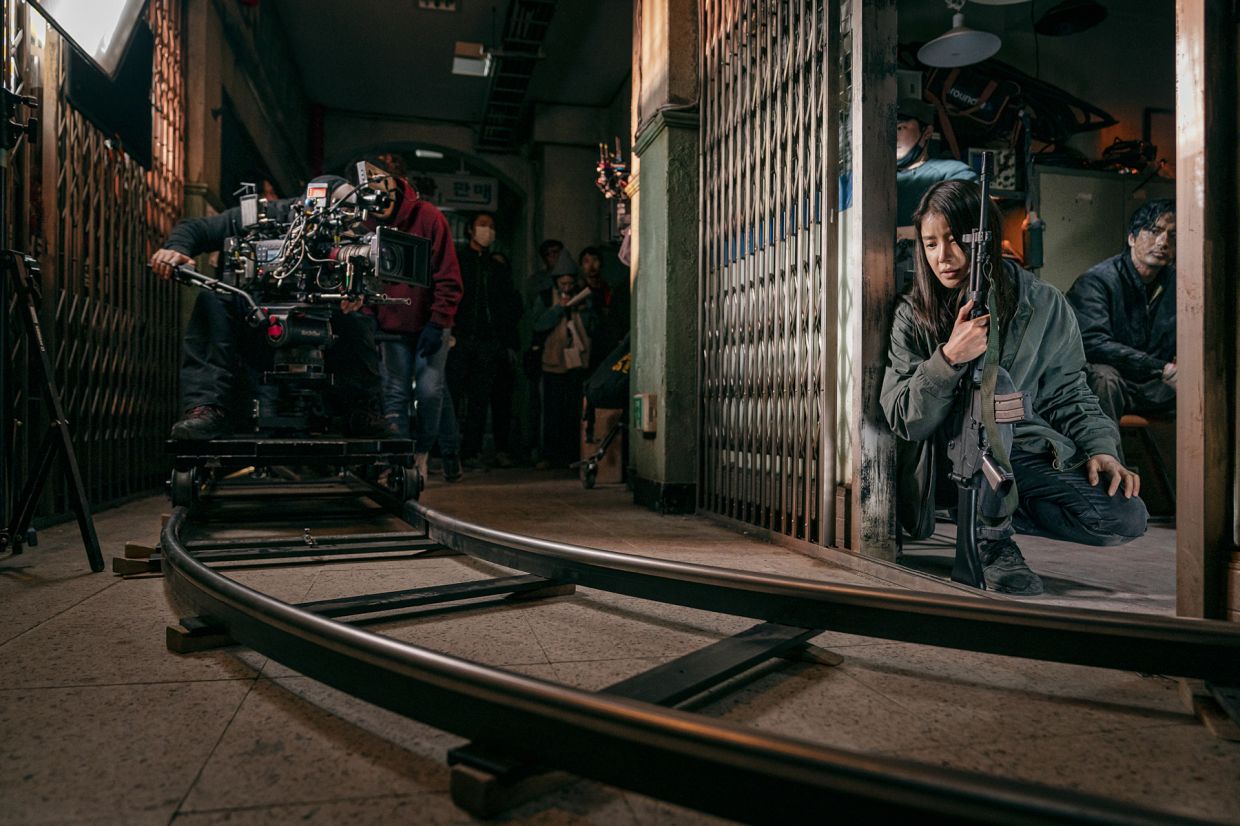 Meanwhile, Si-young said she was nervous and excited about playing a former Special Forces agent and a firefighter in the series.

The 38-year-old actress – who competes in amateur boxing matches in real-life – said: “Some parts of my body are exposed in the series. (In one scene) I’m only wearing my underwear.

“So, I thought that I should be fit, because I couldn’t hide my body with clothes. I worked out as hard as I could... I did weight training and martial arts training.

“Compared to my previous work, Sweet Home was very challenging physically, ” she said.

As Jin-wook shared, Si-young would be so in character while filming that he was afraid to approach her on set.

“She was quite scary on set. When we arrived, we would say hello. Then after shooting, we would say bye. That’s pretty much all the conversation we had, ” he said.

Laughing, Si-young explained to her co-star: “I was always hungry, that’s the reason for that. I was on a strict diet plan to maintain the physique.” 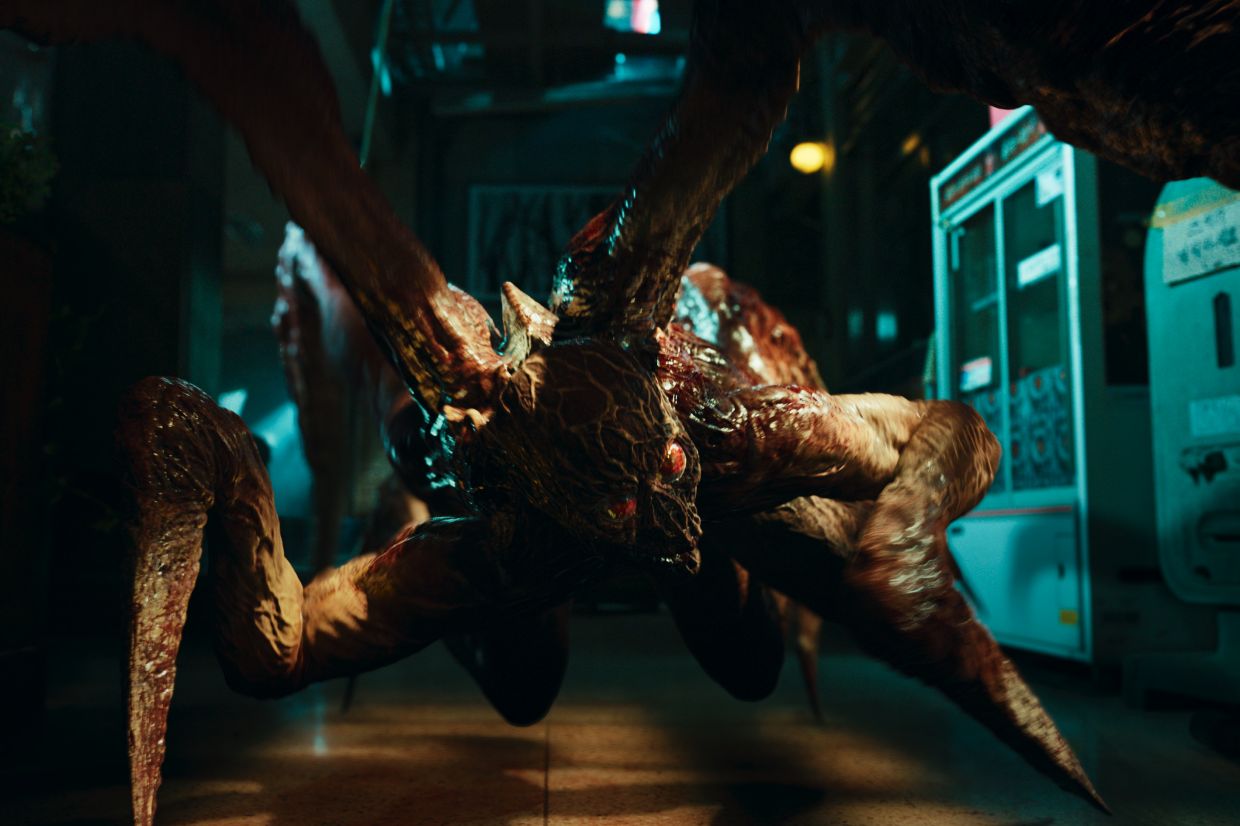 Now this is one big pest problem you do not want to have at your apartment building.

Of course, besides the human characters, there are many monsters populating the show.

To bring the monsters to life, director Lee got two international companies to do the visual effects, post-production, and another special effects company to be present during filming to aid in the overall look of the series.

Lee also got Korean choreographer and dancer Kim Seol-jin to work with actors portraying the monsters to figure out the movements of various creatures.

For a spider-like monster, he cast American contortionist Troy James, who has used his bendy body in the film Hellboy, as well as American TV shows, The Strain and The Flash.

Lee also paid a lot of attention to the apartment building, Green Home.

After looking at a lot of buildings, the crew came up with a workable set (spanning 11,500 sq m) that is kind of based on a building erected back in the 1930s.

“We tried to look for cues that can tell us about the human desires.

“So, there are some features that we’ve hidden in the building as well that hopefully viewers will have fun finding, ” said director Lee, who worked on the script for almost eight months, surpassing even the webtoon episodes at one point.

According to him, what fascinated him when he was writing the script was the question, “What are monsters?”

He elaborated: “There is a line where a character says, some monsters don’t harm humans. I don’t think desires are all bad, and so something that looks like a monster is not always bad.

“So, I tried to really incorporate that kind of thoughts into the story.” 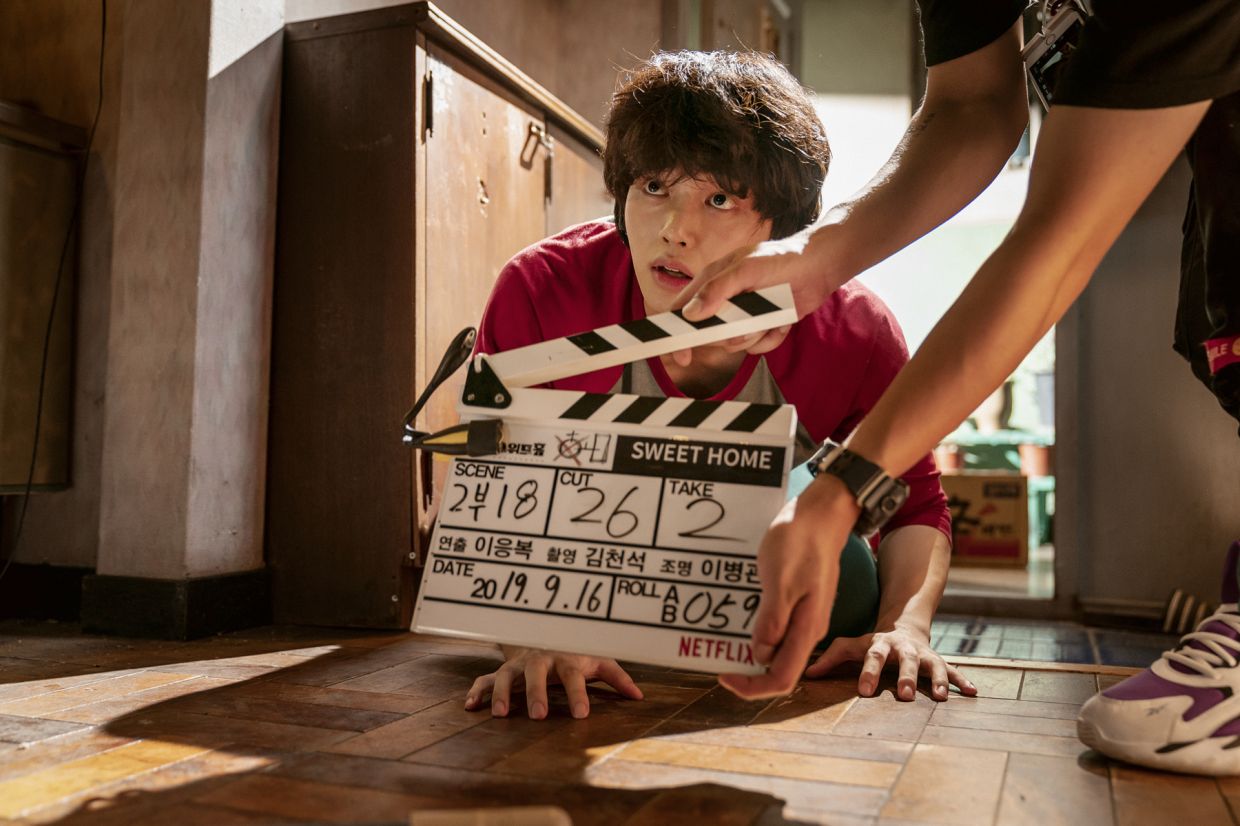 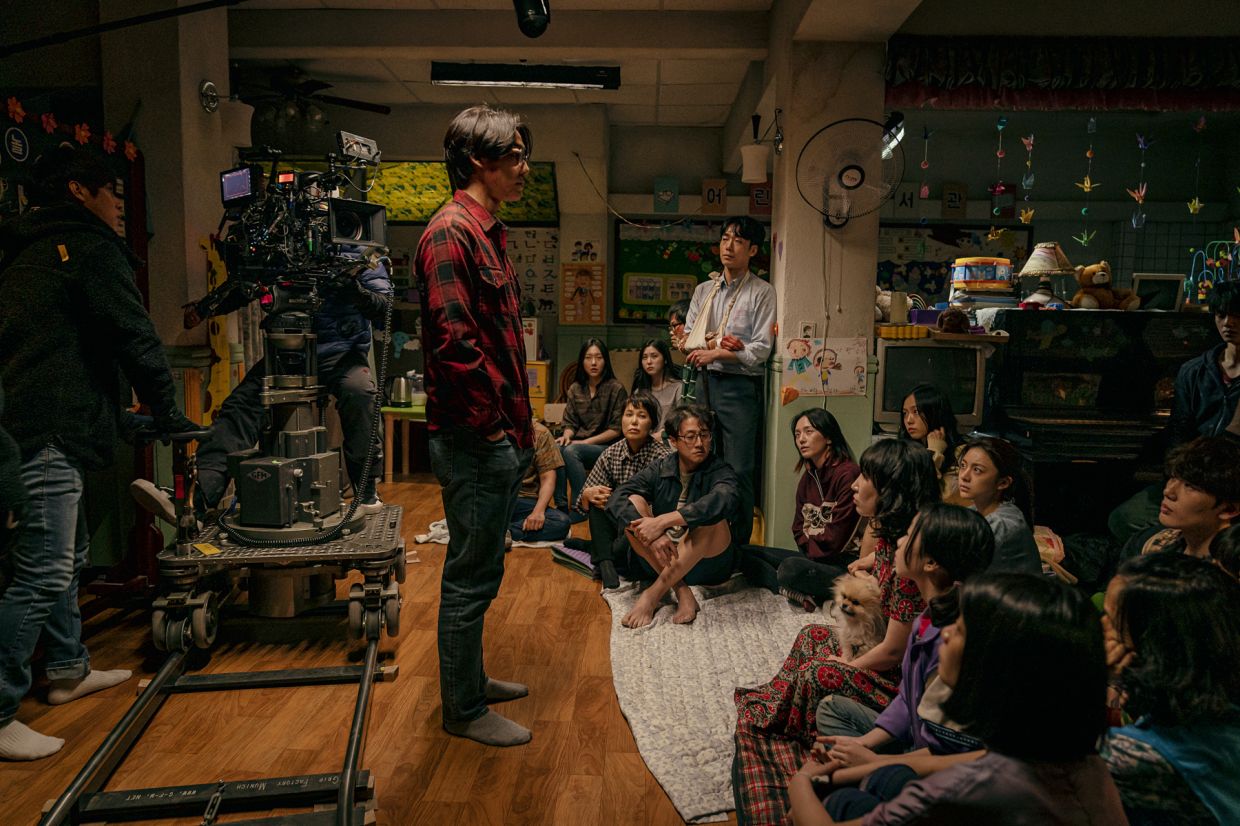 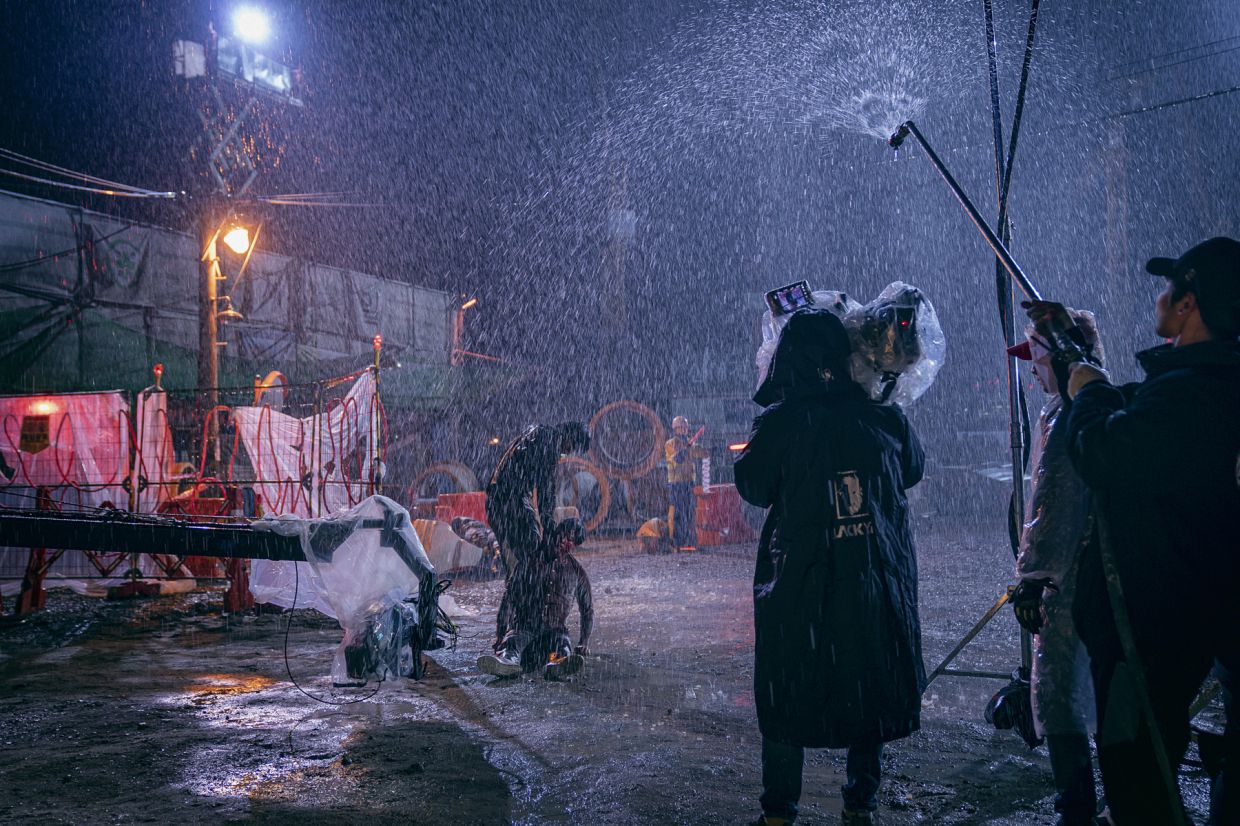 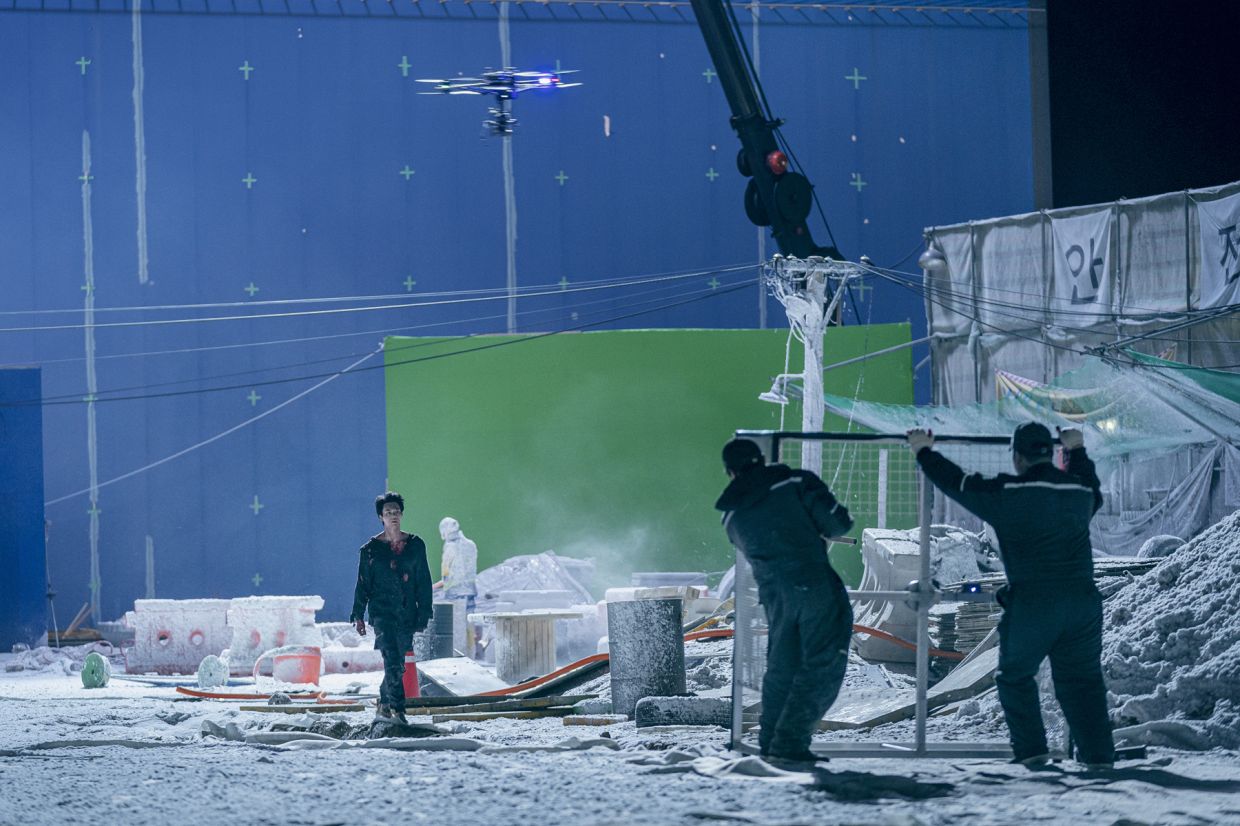 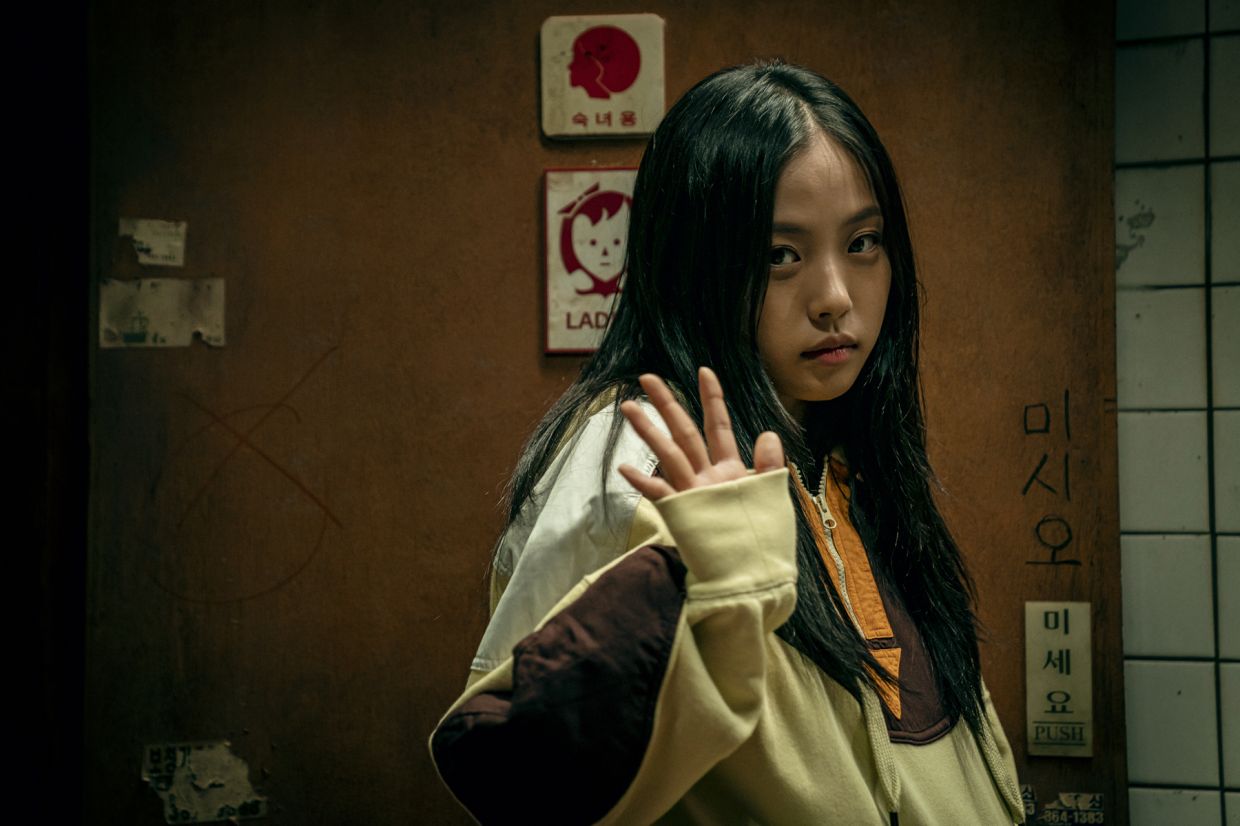 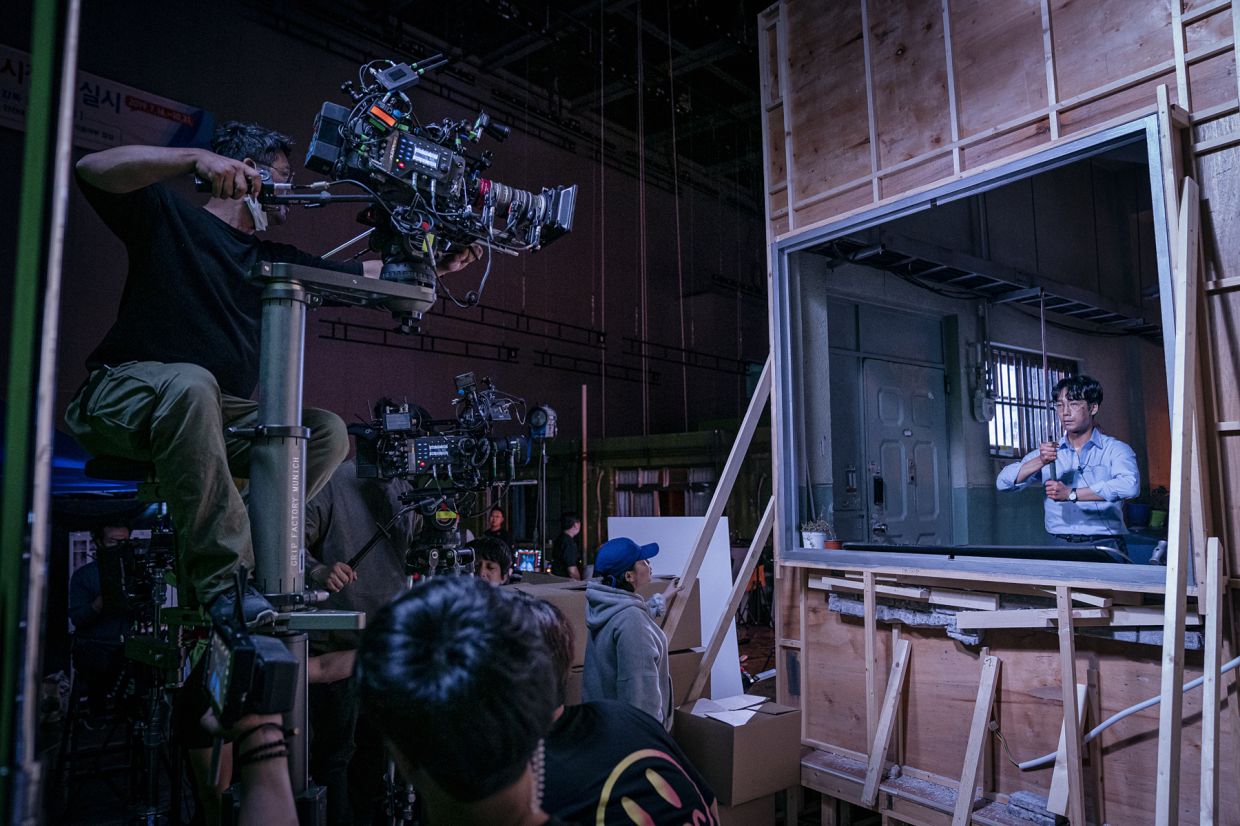 Actor Song Kang as 18-year-old Cha Hyun-soo, the protagonist of the series.

As the smartest guy at Green Home, Lee Eun-hyeok comes up with a plan.

A scene shot outside the Green Home apartment.

Besides playing the depressed teenager, actor Song Kang also displays another of the character's personality.

Actress Go Min-si plays a young woman with a lot of attitude. 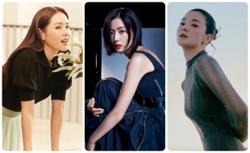