Taiwanese pop diva Jolin Tsai is known for her sexy and flamboyant performances, but she may have met her match.

Her good friend, TV host Dee Hsu, 42, shared the limelight with her as a guest performer on the final day of Tsai's concert tour in Kaohsiung, Taiwan, on Sunday (Nov 29).

The duo, who were both clad in sexy outfits, became the talk of town after sealing their performance of Tsai's hit song Mr Q with a passionate kiss.

Hsu kissed Tsai on the lips for about two seconds at the end of the song.

Tsai, 40, who smiled shyly at the audience later, joked that Hsu told her that she had not kissed for a long time, before adding that it was the same for her.

Tsai and Dee Hsu performed two more songs later, with Hsu on stage for a total of 22 minutes.

Hsu later posted on social media photos of Tsai's concert, saying that she had been eating mainly vegetables and tofu in preparation for Tsai's concert.

She also posted a photo of her knees, which became bruised while she was rehearsing for the concert, saying she did it all for her friend.

Tsai's Kaohsiung leg of the Ugly Beauty World Tour kicked off on Nov 20 after a hiatus of more than 10 months due to the coronavirus pandemic. Other guest celebrities for the concert tour include Hebe Tien from girl group S.H.E. and rocker Wu Bai.

Tsai has not said when and where she will hold the next leg of her latest concert tour. – The Straits Times/Asia News Network 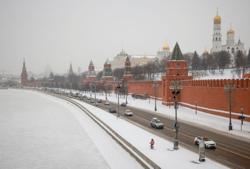 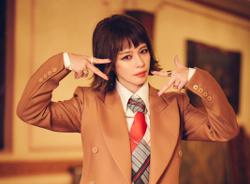