These works are from 15 countries, and they can viewed online for free during the festival’s period, Dec 3-12.

Two of them are Malaysian films – Talentime (2009), which is the last film from the late Yasmin Ahmad, and Here Away (2019) which centres on a refugee from Yemen living in Malaysia, from director Amin Kamrani.

This is the second time Yasmin’s films have been featured at this year’s international film festival. At the recent 33rd Tokyo International Film Festival, a digitally restored Mukhsin was screened at cinemas in Tokyo, Japan.

TCFF also launches on International Day of Disability. Hence the festival is presenting a selection of films with disability as the theme.

Among them are 37 Seconds (2019, Japan) about a comic book artist who has cerebral palsy; Elsewhere (2015, Italy) that gives viewers a window into the thoughts of a person with Down syndrome; and Over The Horizon (2017, Russia) which centres on a blind photographer who travels the world to shoot images.

Tan said in a statement: “We hope that the carefully curated film selection will deepen our understanding of what an inclusive world can be and equip us with the vocabulary and sensitivity to discuss social issues, such as disability, so that these dialogues are captured and represented well.”

Feature films can be streamed via The Projector Plus, while short films will be available on TCFF website. 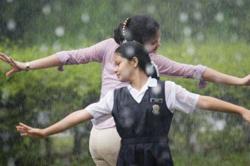 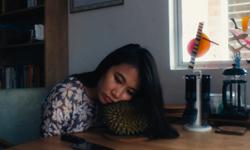