Can you believe it? It has been eight years since Fuying & Sam made its debut, making waves both locally and in Taiwan.

As a way to thank their loyal fans, the two will be walking down memory lane, performing their past hits over the years.

But what's unique about the concert is, for the first time, Fuying teases a significant portion of the online concert will include covers of evergreen hits including Cantonese classics from the 1990s as well as popular English and Bahasa Malaysia numbers.

"The audience that night ranges from people in China to Vietnam, besides Malaysia. And they could be between the ages of eight and 80. So we want to cater to not just our fans but to this diverse group of listeners," Fuying explained.

"So our setlist includes a medley of Cantonese songs from Hong Kong's Four Heavenly Kings as well as songs that got really popular on TikTok this past year."

Fuying & Sam will be joined by Ribbon Ooi and Jeryl Lee as guest performers.

Music artistes are finding imaginative ways to connect with fans 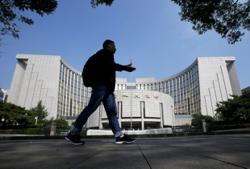