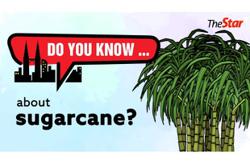 Dimsum Entertainment has partnered up with Shemaroo On Demand – an award-winning content provider in India – to add Bollywood titles to its slate.

In a press statement, Dimsum Entertainment chief marketing officer Lam Swee Kim said: “Collaborating with Shemaroo On Demand will allow us to reach out to an even wider audience than before as Indian cinema is one of the largest film centres of the world.

"This is a great way to bring the best Asian entertainment to our subscribers.”