'Roh' made its world premiere at Singapore Film Festival in November 2019. Photo: YouTube

The National Film Development Corporation (Finas) announced today (Nov 4) that it has selected supernatural thriller Roh to represent Malaysia in the race for Best International Feature Film at the 2021 Oscars.

Roh – from the production house Kuman Pictures – premiered on Aug 6, was one of the first local films to be released at multiplexes after cinemas reopened on July 1, following the relaxation of the movement control order (MCO). It was originally scheduled to hit cinemas on March 19.

Directed and written by Emir Ezwan, this horror flick revolves around a family whose life is turned upside down when a strange little girl tells them a frightening message. It stars Namron, June Lojong and Puteri Qaseh.

Roh had its world premiere at the Singapore Film Festival in November 2019.

Finas has sent in submissions to enter the Oscars race sporadically since 2004. Some of the past submissions were Puteri Gunung Ledang and Bunohan. So far, no Malaysian films has made it to the final list.

In a press release, Finas stated that Roh was chosen by a film selection committee who looked through many entries submitted by filmmakers for consideration as Malaysia’s Oscar nominee.

The committee comprises of industry players including experienced filmmakers. Finas stated that the selection was determined through detailed breakdown of the film’s direction, storyline, cinematography, acting and the music score, in accordance to the criteria set by the Academy Awards. 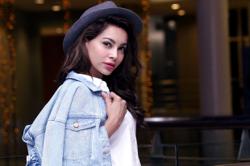