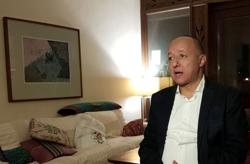 A concert by Moroccan singer Saad Lamjarred, who has been repeatedly accused of rape, has been cancelled in Egypt after a social media outcry, reflecting a growing resolve to speak out against sex crimes.

The popular Arab artiste, whose 2015 song Lamaallem has been viewed 860 million times on YouTube, was arrested on rape charges three times since 2010 in the United States and France.

Neither Lamjarred nor his business manager were immediately available for comment. Lamjarred has previously denied all charges and the first two cases have been dismissed.

"It is already cancelled," Magdy El Hawary, head of the Cairo Show theatre, which was organising the concert in the Egyptian capital, told the Thomson Reuters Foundation.

He declined to give any further details.

Lamjarred, 35, was first arrested in 2010 on suspicion of raping a woman in New York, and for a second time in 2016 in the French capital, Paris, where he spent six months in jail before being released on bail.

He was arrested for a third time in 2018 in southern France when another woman said he raped her in a hotel.

When the hashtag #cancelcairoshow started trending on social media earlier this week, online ticket sales and adverts for the December show in Cairo were taken down.

"When you platform men like this, you tell every woman in your cast, crew, and audience that her life and safety don't matter," said one Twitter user, Rosaline Elbay.

A 2017 Thomson Reuters Foundation poll found Cairo to be the most dangerous megacity for women, and a United Nations' survey in 2013 found that 99% of women had experienced harassment in Egypt, a country where women have long felt disadvantaged.

Egypt passed a law in August giving victims the automatic right to anonymity in a bid to encourage more women to report sexual assault in the conservative Muslim-majority nation.

"How come they invited an alleged rapist?" asked Nadeen Ashraf, founder of the #MeToo-style Instagram account Assault Police, which has emboldened hundreds of Egyptian women to speak out about violence and exposed two sex assault cases this year.

"The company should have conducted research on the singer before inviting him to Egypt since we are now having a #MeToo moment and are calling for eliminating violence against women." – Reuters 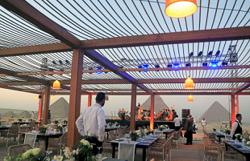