With a call to save the planet, Prince William and Pope Francis on Saturday (Oct 10) joined activists, artists, celebrities and politicians in a free streamed TED event aimed at mobilising and unifying people to confront the climate crisis.

"The shared goals of our generation are clear," William said in a video message kicking off the event, dubbed Countdown.

"Together we must protect and restore nature, clean our air, revive our oceans, build a waste-free world and fix our climate."

For more than five hours the second-in-line to the British throne and other speakers delved in the reality of the climate crisis, the need for action, and what can be done.

Solutions posed included ways of farming that welcome wildlife as well as crops; transportation systems powered by electricity; cities designed for people instead of cars; economies that thrive by keeping the planet healthy instead of destroying it, and voting for political leaders keen to end the climate crisis. 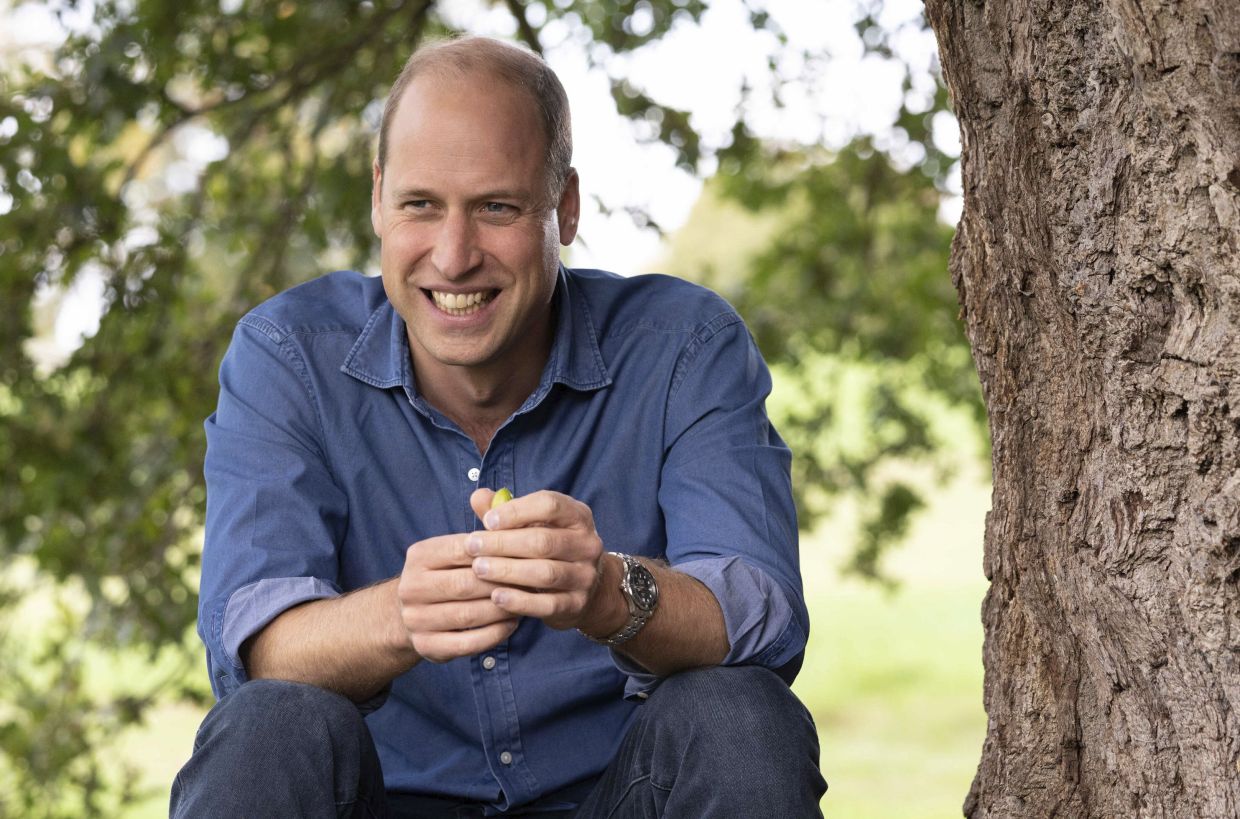 Prince William sits under the canopy of an oak tree during a recording to promote the first TED conference, in the grounds of Windsor Castle. The future king has said there is "no choice but to succeed" when tackling the problem of climate change over the next 10 years. Photo: Kensington Palace via AP

"We are living during a historic moment marked by difficult challenges, as we all know," Pope Francis said while urging people of all faiths to unite to protect Mother Earth.

"The world is shaken by the crisis caused by the Covid-19 pandemic, which highlights yet an even bigger challenge – the socio-environmental crisis."

The Pope joined other speakers in saying the climate crisis is real and backed by science, and needs to be urgently confronted in ways that are socially just.

"The Earth must be worked and nursed, cultivated and protected," the Pope said. "We cannot continue to squeeze it like an orange."

Countdown also focused on ways in which damage to the environment also fuels social and racial injustice.

"Black people breathe the most toxic air relative to the general population, and it is people of colour who are most likely to suffer in the climate crisis," said British Parliament member David Lammy.

"It gives all new meaning to the Black Lives Matter slogan 'I can't breathe.'" Lammy called for climate and social justice leaders to join forces, and for a new international "ecocide" law to criminalise "the most severe actions against nature itself."

Firms that make fortunes from fossil fuels or other greenhouse gas-emitting operations cause damage they don't pay for, while funneling money to politicians who help preserve the status quo, said another speaker, US economist Rebecca Henderson, who called on businesses to step up.

"We let capitalism turn into something monstrous," she said, adding: "It's going to be tough to keep free enterprise alive if most people believe the rich and the white are trashing the planet for their own benefit."

The mayor of Freetown, Sierra Leone, for example, explained a project there to plant a million trees to protect against flooding and to absorb carbon dioxide.

Countdown came as some world leaders have seized on the issue of climate change for political gain.

US President Donald Trump triggered outrage recently by suggesting global warming will reverse itself and dismissing climate change as a cause of the ferocious fires engulfing vast swaths of the US West. Christiana Figueres, former executive secretary of the United Nations Framework Convention on Climate Change, warned before the event that the topic has been "politicised."

"But," she added," democracies have a way of changing the leaderships in those countries." US filmmaker Ava DuVernay was one of the speakers at the Countdown Global Launch 2020 on October 10, 2020. Photo: AP

An array of Countdown speakers urged people to use their voting power to elect decision-makers who prioritize stopping the climate crisis.

"I want to cast my vote in favour of the planet," filmmaker Ava DuVernay said.

"If you are eligible to vote, anywhere in the world, elect people who care and urge others to do the same. Vote for the planet."

Countdown organisers set a goal of mobilising governments and citizens to cut greenhouse gas emissions in half over the next decade and get to net-zero carbon pollution by the year 2050.

"But it's also a day of hope that there is a pathway to do this and we must walk down it together."

To find out how you can do your part go to countdown.ted.com. - AFP