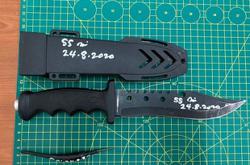 In this May 1994 file photo, actor Rick Moranis is shown at an unknown location. A law enforcement official tells the Associated Press that Moranis was sucker punched by an unknown assailant while walking Thursday, Oct 1, 2020, on a sidewalk near New York’s Central Park. Moranis took himself to the hospital and later went to a police station to report the incident, according to the official, who was not authorized to speak publicly about the incident and did so on condition of anonymity. Photo: AP

Rick Moranis was punched in an unprovoked attack on a New York City sidewalk.

The actor "is fine but grateful for everyone's thoughts and well wishes," his rep told Variety.

Footage released on Friday (Oct 2) by the New York Police Department shows the 67-year-old being knocked to the ground after being punched in the head by an unknown assailant early Thursday morning while walking near his apartment building on the Upper West Side of Manhattan. The attacker was wearing a black "I Love NY" hoodie.

"The unidentified male then fled northbound on foot," the NYPD said. "The victim suffered from pain to the head, back, and right hip and traveled by private means to an area hospital for evaluation, before reporting the incident to police at the 20th Precinct."

WANTED for ASSAULT: On 10/1, at 7:24 AM, a 67-year-old male victim was walking southbound on Central Park West in the vicinity of West 70th Street, when an unidentified male struck him in the head with a closed fist, knocking him to the ground. Have info? Call/DM @NYPDTips pic.twitter.com/ZvSUPjtVdp

Moranis, a native of Canada, is best known for his role as Louis Tully in the 1984 hit Ghostbusters, and as Wayne Szalinski in Honey, I Shrunk The Kids and sequels Honey, I Blew Up The Kid and Honey, We Shrunk Ourselves. He recently signed on for a Disney Plus sequel to the franchise, alongside Josh Gad, and appeared in an ad for fellow Canadian Ryan Reynolds' phone company, Mint Mobile.

He has been mostly absent from the big screen after focusing his time on being a single father after the death of his first wife. In 2006 he was nominated for the best comedy album Grammy for The Agoraphobic Cowboy. – Reuters 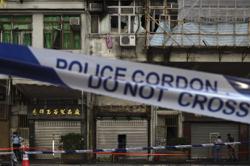