Conan Gray rose to fame posting original songs and covers on his YouTube channel around the age of 12. Photo: Conan Gray/Instagram

At a time when TikTok popularity seems to be a surefire way to the top of the music charts, American singer-songwriter Conan Gray does not feel the pressure to deliver songs with catchy snippets that go viral.

The 21-year-old says in a Zoom interview from his apartment in Los Angeles that he has not "paid much mind to that".

However, he is inadvertently responsible for the popular 'Heather' trend on the app, inspired by his song of the same name.

In the sleeper hit off his debut album Kid Krow, released in March, Conan sings about the all too familiar scenario where the attractive and popular person you have a crush on has a crush on someone else.

TikTok users have been using the audio of his song to either reveal the 'Heathers' in their lives; wishing they were Heather; or even talking about how they lost out on that person.

The song's dreamy, wistful music video was released on Aug 21.

Once dubbed by British magazine i-D as "Gen-Z's ascendant king of sad boy pop", the singer, born to an Irish father and Japanese mother, spent his pre-teen years growing up in small town Texas. He rose to fame posting original songs and covers on his YouTube channel around the age of 12, alongside vlogs and comedy sketches.

Now back to making songs from his bedroom, here are some revelations about the budding pop star.

NEVER BEEN IN LOVE

He adds: "All the songs on the album are like my diary, which is why it was pretty terrifying to release Kid Krow.

This was supposed to be Gray's big launch year as a new artist, including scheduled performances on The Tonight Show Starring Jimmy Fallon, as well as at world famous music festival Coachella. But the global pandemic had other plans.

He says: "It's a bummer that I couldn't do the TV shows and stuff but to be completely honest, there's bigger problems in the world, so I was like, 'Suck it up Conan, it's not a big deal'."

But he feels that perhaps it was all for the best.

"I've been fully raised on the Internet, so the fact that the album came out through this 'Internet party' (roll-out on social media) was all really special. It felt like the right thing to do for me and my debut album," he adds.

Gray says that being in quarantine for so long in his apartment in Los Angeles has made him "revert to the same person I was when I was 14 years old and doing the things I enjoyed doing when I was a little kid like painting and reading".

He has also been doing more grown-up things like "making fancy coffee and FaceTiming friends".

"This is a scary time for all of us, so I've been trying to keep it cool, de-stress and stay safe."

With all this downtime and tours put on hold, Gray has been extra productive and creative,"writing a ton" and "experimenting, trying not to follow the rules and trying things out".

He says: "I wish I could turn my brain off, like 'stop writing songs".

His process includes writing songs from other people's perspectives, like that of a character in a book that he had read.

"I've made some weird songs, I can't guarantee that they're good ones. But I wish I knew how to produce, that'd be awesome," he adds. – The Straits Times/Asia News Network 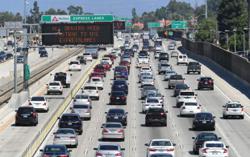