The US pop star felt honoured when she was approached by the South Korean girl group to collaborate on 'Ice Cream'.

Ice Cream is showing no signs of cooling down as the Blackpink and Selene Gomez joint track debuted at No. 13 on the US Billboard Hot 100 charts recently.

In fact, it is Blackpink's highest-charting song on Billboard to date, surpassing How You Like That and Sour Candy.

In an interview with Radio.com, the South Korean girl group and the American singer-actress revealed how the collaboration came about. Blackpink had the song for a while and was looking to team up with an artiste to help "lighten the mood".

Selena – who had met two of the four-member band Jisoo and Rose at New York Fashion Week last year – said she felt honoured when Blackpink approached her with the song: "I was like, 'This is a big deal. These girls are huge.'"

Gomez named Blackpink's Kill This Love and How You Like That as her personal favourites.

But it wasn't only their music that inspired her. She may have picked up some of their moves, adding her dance choreographer made her watch Blackpink's music video.

"I absolutely love their music. And after we started doing this, I became more of a fan. I feel like I've gained new friends even though we haven't met yet."

Due to the Covid-19 pandemic, the song and its music video were recorded separately.

Ice Cream is the second single off Blackpink's highly-anticipated full-length debut release, The Album, out Oct 2.

5 food-themed songs that will make your tummy rumble 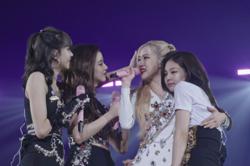