Ka-ching! Thanks to deals with Netflix, Dwayne Johnson (left) and Ryan Reynolds are two of the top earners in Hollywood. Photo: Handout

Wrestler-turned-movie star Dwayne Johnson clung to the top slot on the list of the world's highest-paid male actors for a second straight year, according to an annual tally released by Forbes magazine on Tuesday (Aug 11).

Johnson, also known by his ring name "The Rock", earned US$87.5mil from June 1,2019 to June 1, 2020, Forbes said, including US$23.5mil from Netflix Inc to star in movie thriller Red Notice. He also benefited from his Project Rock fitness wear line for Under Armour Inc.

However, this is a slight decrease from 2019, during which Johnson brought home US$89.4mil from starring in Jumanji: The Next Level, among other projects. Johnson first topped the list in 2016, with earnings totaling US$64.5mil.

Ryan Reynolds, who co-stars with Johnson in Red Notice, came in second in the Forbes ranking of male stars. He earned US$20mil for that film, plus another US$20mil for Netflix movie Six Underground, the magazine said, part of his US$71.5mil total for the one-year period. A third Netflix film starring Reynolds is also in the works, bringing another hefty paycheck.

Another Netflix favorite, Mark Wahlberg, came in third with US$58mil. His earnings come from the action comedy Spenser Confidential, as well as his production roles on documentaries like McMillions and Wahl Street. – Reuters 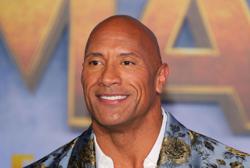 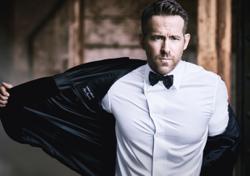 Here are the Top 10 most watched movies on Netflix ever