Luo, 59, began as an actress before solidifying her name as a TV host for over 30 years. Photo: Facebook/Luo Pei-ying

Taiwanese TV host and actress Luo Pei-ying was found dead at home on Aug 3. She was 59.

Luo's body was first discovered when her friends decided to check on her at her home after she did not turn up for a gathering on Aug 2 and failed to respond to their calls and messages.

Authorities say she had been dead for at least a day when she was found. There were no visible signs of injury.

Luo's showbiz career spans more than 30 years, starting out as an actress before solidifying her name as a TV host and guest on variety shows. 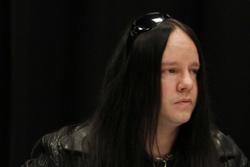 Who are the top paid actors in TVB? Moses Chan is No.1, earning RM16mil a year
Fans go gaga over Lady Gaga-lookalike at Tokyo Olympics taekwondo competition
Joey Jordison, Slipknot co-founder and drummer, dead at 46
'My Roommate Is A Gumiho' star Jang Ki-yong to enlist in military in August
Actor Bob Odenkirk hospitalised after collapsing on 'Better Call Saul' set
Meghan Markle and Prince Harry’s daughter, Lilibet, finally added to royal line of succession
Venezuelan actor Edgar Ramirez: 'I have family members dying of Covid'
Naya Rivera's ex husband pays tribute a year after ‘Glee’ actress was laid to rest
Greek TV�presenter fired after racist comment about Korean Olympic athlete
Taiwanese celeb Jacky Wu plans to leave all his money to charity and none for his kids