Onew, leader of K-Pop boyband SHINee, upon being discharged from military service on July 20. Photo: SHINee/Twitter

Onew, member of popular South Korean boyband SHINee, was discharged from the army on Monday (July 20).

The group announced the news on Twitter, alongside a photo of Onew wearing a military uniform.

According to soompi.com, Onew also wrote a letter and released a recorded message for fans. He expressed his gratitude for those who waited for him and said that he wished to have fun with them.

“I will work hard to impress even more since you waited for me with so much love. Please wait just a little bit more,” Onew said in the message.

Onew, who is known as the leader of SHINee, began his military service in December 2018. Two other SHINee members, Minho and Key, are still serving in the military while member Taemin has not been enlisted.

SHINEee debuted in 2008 with Replay and later became one of the best-loved K-pop boybands, due to its dance choreography. The group won the 2008 Mnet Asian Music Awards in the Best New Male Group category. One of the group’s hit songs, View, was included on the 100 Greatest K-Pop Songs of the 2010s compiled by Billboard. – The Jakarta Post/Asia News Network 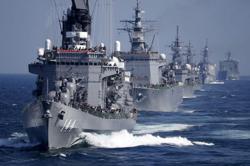