Taiwanese supermodel Lin Chi-ling has dispelled rumours that she has gone for plastic surgery after Chinese netizens said they could not recognise her in a recent video.

Lin, 45, was seen in the video congratulating fashion label StayReal on its 13th anniversary. The brand was set up by Taiwanese singer Ashin, frontman of rock band Mayday, and Taiwanese designer No2Good in 2007.

In the video uploaded last week, Lin was seen wearing a black cap as she walked about.

The actress-model said: "Hello, StayReal, I am Sister Chi-ling. I would like to wish you happy birthday on your 13th anniversary. Happy birthday. Congratulations, you will reach adulthood in a few years."

The video became a trending topic among Chinese netizens after its release, with many of them saying that they would not have recognised Lin if not for her girlish voice.

Some wondered if she had gone for plastic surgery after her wedding last year.

Others felt that it could be due to lighting effects or make-up filters.

Amid the comments, Lin on Wednesday posted a close-up photo of herself on her Weibo and Instagram accounts, with the caption: "Fresh 'close-up photo'."

Lin, who made a cameo in the Mayday movie Mayday Life (2019), has cut down on her work commitments since marrying Japanese actor Akira, 38, in June last year.

She has also not appeared in public for some time partly due to the coronavirus pandemic. – The Straits Times/Asia News Network

Hundreds still save the date 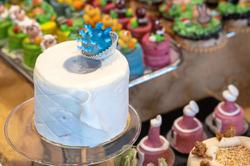 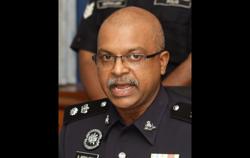