HK band The Wynners to livestream on TikTok tomorrow night 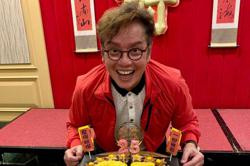 Veteran HK band The Wynners will be livestreaming on its official TikTok account of the same name on June 27 at 8pm.

For the past few days, the band’s vocalist Tam had been dropping hints to fans on Facebook about their upcoming livestreaming projects.

The HK band will also be the only veteran musicians joining China’s ‘Hello Future’ Graduation Songs 2020 cloud concert to be livestreamed on People Daily’s weibo, at the same time.

June is graduation season in China, and the cloud concert aims to commemorate this special season while celebrating youth and offering encouragement to graduates amidst the pandemic.

The HK band also performed for China’s Believe In The Future virtual benefit concert held in May in support of the battle against the Covid-19 pandemic.

The Wynners’ rise to fame has been chronicled in the 2018 coming-of-age flick House Of The Rising Sons.

Although they each went on to pursue solo careers, the quintet never formally disbanded, and continue to hold concerts every five years. 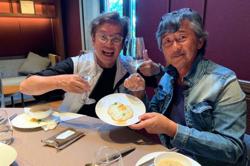