YouTube sent the actor a prestigious Gold Play Button, which he unboxed during a live session. Park is currently the first and only Korean actor to hit this milestone. Photo: Handout

Park Seo-joon has made history by becoming the first Korean actor to receive the coveted YouTube Gold Play Button. The actor has starred in numerous K-dramas, including What’s Wrong With Secretary Kim?, Itaewon Class, and Hwarang: The Poet Warrior Youth.

The Gold Play Button is only awarded to creators who have surpassed the one million subscriber milestone.

Earlier this week, Park hosted a surprise 23-minute live to celebrate the unboxing of the plaque. During the session, he also thanked his staff and the fans who have supported him throughout his career.

“My team works day and night helping me edit my videos. Personally, I don’t feel like I do that much (compared to them), ” said the actor.

“I was able to get this award thanks to all the people who have taken an interest in what I do as part of my day-to-day life, ” he continued.

Congratulations on your Gold Play Button!

Park’s channel was started in July 2019. The actor often uploads travelogues, behind-the-scenes footage of his life during filming, and other content such as mukbang (videos where a host eats copious amounts of food while interacting with their viewers).

Park’s upcoming projects include the film Dream, co-starring singer IU and actor Lee Hyun-woo. Dream is slated to release in 2021.

16YO Korean actor stirs controversy with drinking and smoking photos 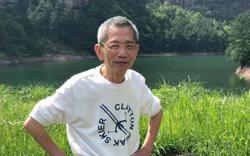 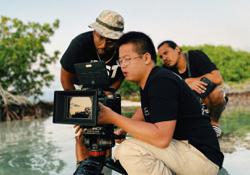