By MUMTAJ BEGUM
Photos By All For One Productions

One of the colourful scenes featured in the 'Legend Of Ancient Borneo'.

On May 18, the animated short film Legend Of Ancient Borneo was made available online.

The Malaysian premiere follows after the film had travelled to various film festivals around the world since late last year.

Done by Sabah-based All For One Productions, the almost nine-minute feature is based on a self-published comic created by Sabahans Kwan Thung Seng and Robertson Sondoh Jr. 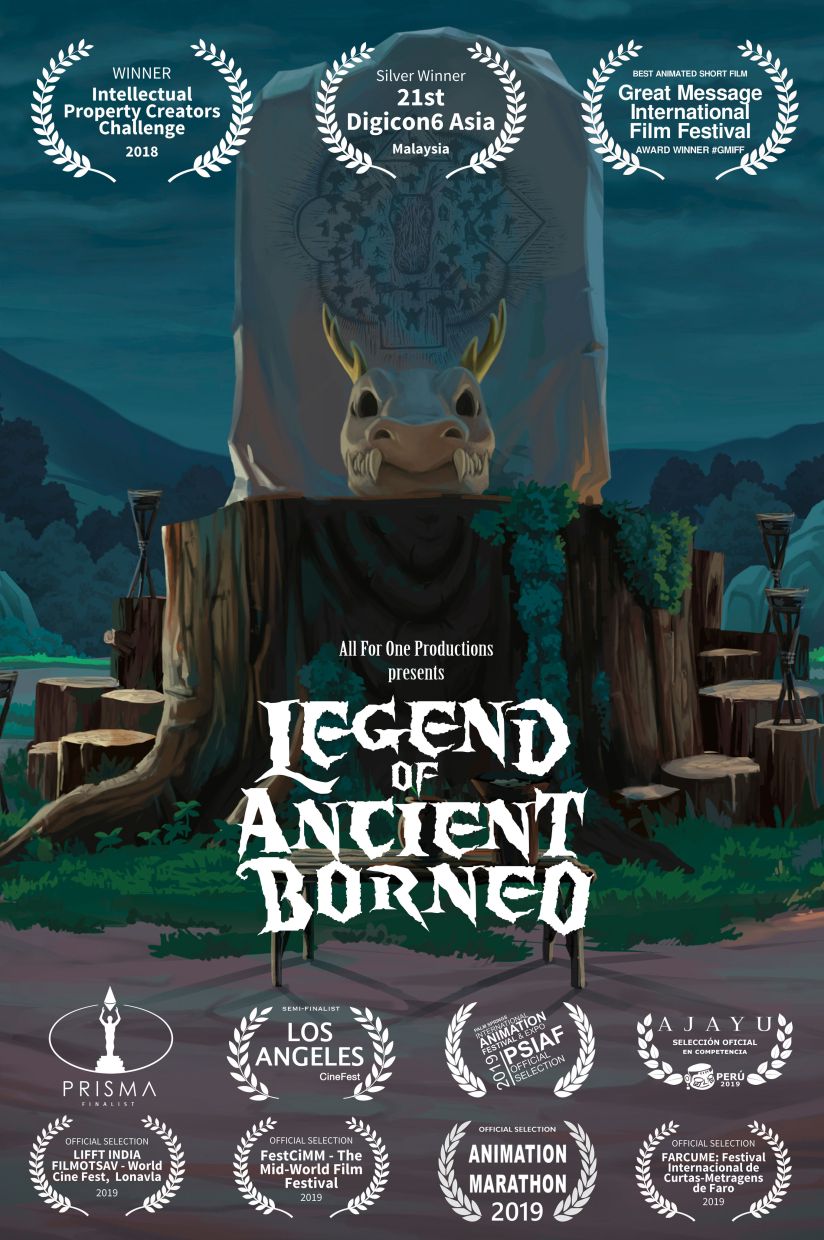 The story starts off with a village getting attacked by a gang of reptiles.

They make away with a sacred item; something that has kept the village prosperous.

It is up to four warriors from the village to stop the reptiles and take back what was stolen.

Although Legend Of Ancient Borneo is the studio’s debut effort, the short film – set against the Bornean landscape – boasts a strong story, effective animation, as well as plenty of action and fantasy elements.

It is also told entirely in the Kadazandusun language, a first in the country’s animation history. 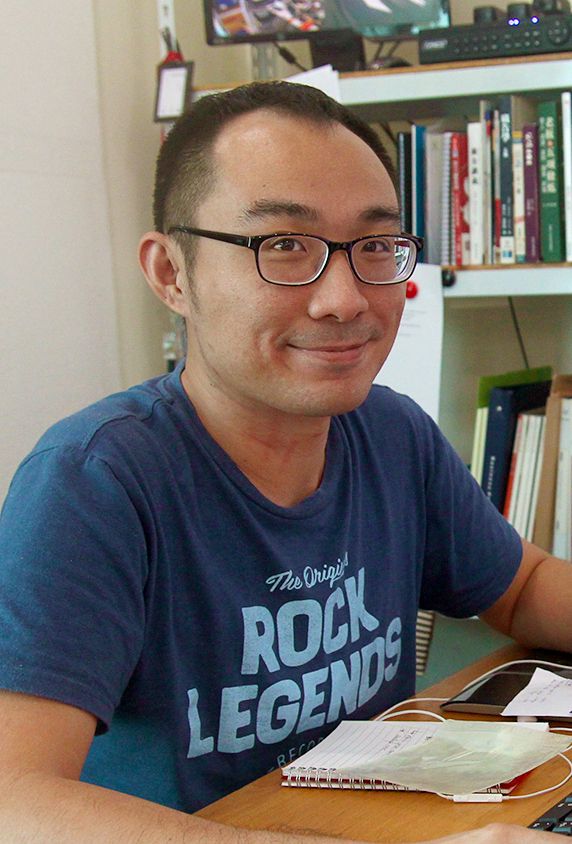 “I am friends with Kwan, so I found out about the story he’d done, ” shared Sinn when contacted over the phone.

When asked why it had to be a Borneo-set story, Sinn said: “For me personally, I want (to feature) a local hero that kids in Sabah can relate to. In Kuala Lumpur, there are Upin & Ipin, Ejen Ali and Boboiboy.

"I thought Legend Of Ancient Borneo had that potential.

“And since we wanted to bring the story overseas, and introduce our culture to a global audience, I wanted it to be as authentic as possible which is why I kept it in the Kadazan language, ” continued Sinn.

In line with that, All For One Productions worked with local talents.

Out of the 40 staff involved in the production, only three or four people are not from Sabah.

“The music was composed by a Sarawakian and the sound design was done in Kuala Lumpur by an engineer originally from Sarawak.

"The narration and some short dialogue in the film were done by (Sabahan actor) Boni Mosios, ” he explained. 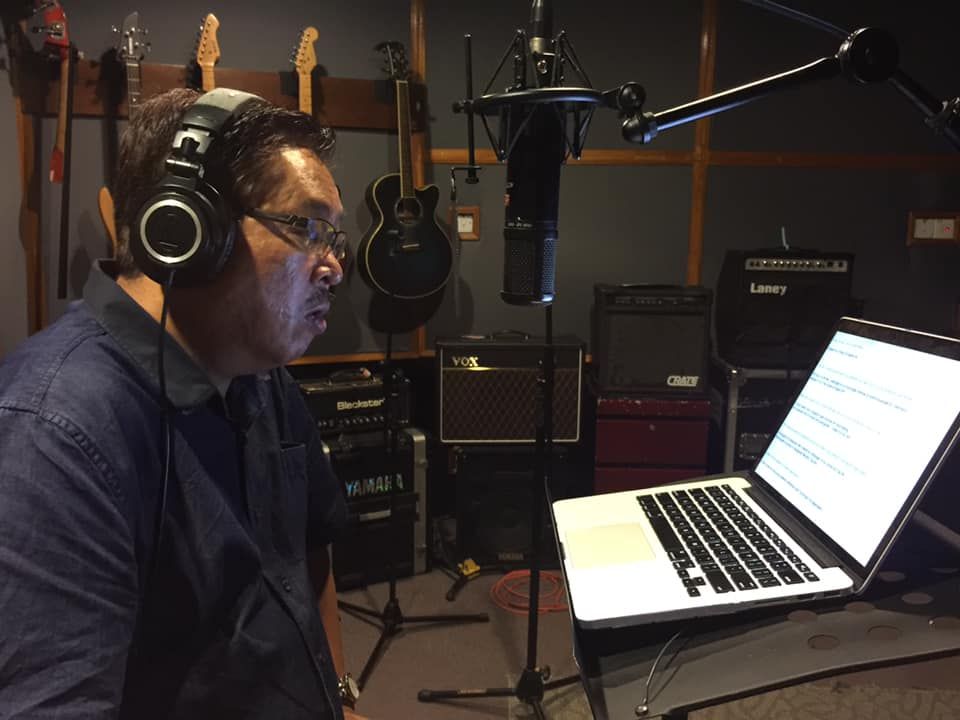 Sabahan actor Boni Mosios does the narration in the film.One other local talent involved in the making of the film is Rizo Leong, a woodcut artist from Sabah, who has held exhibitions in France and Japan. He is also part of the popular Sabahan art collective, Pangrok Sulap.

Since the film’s completion in June last year, the short feature has premiered at multiple festivals. 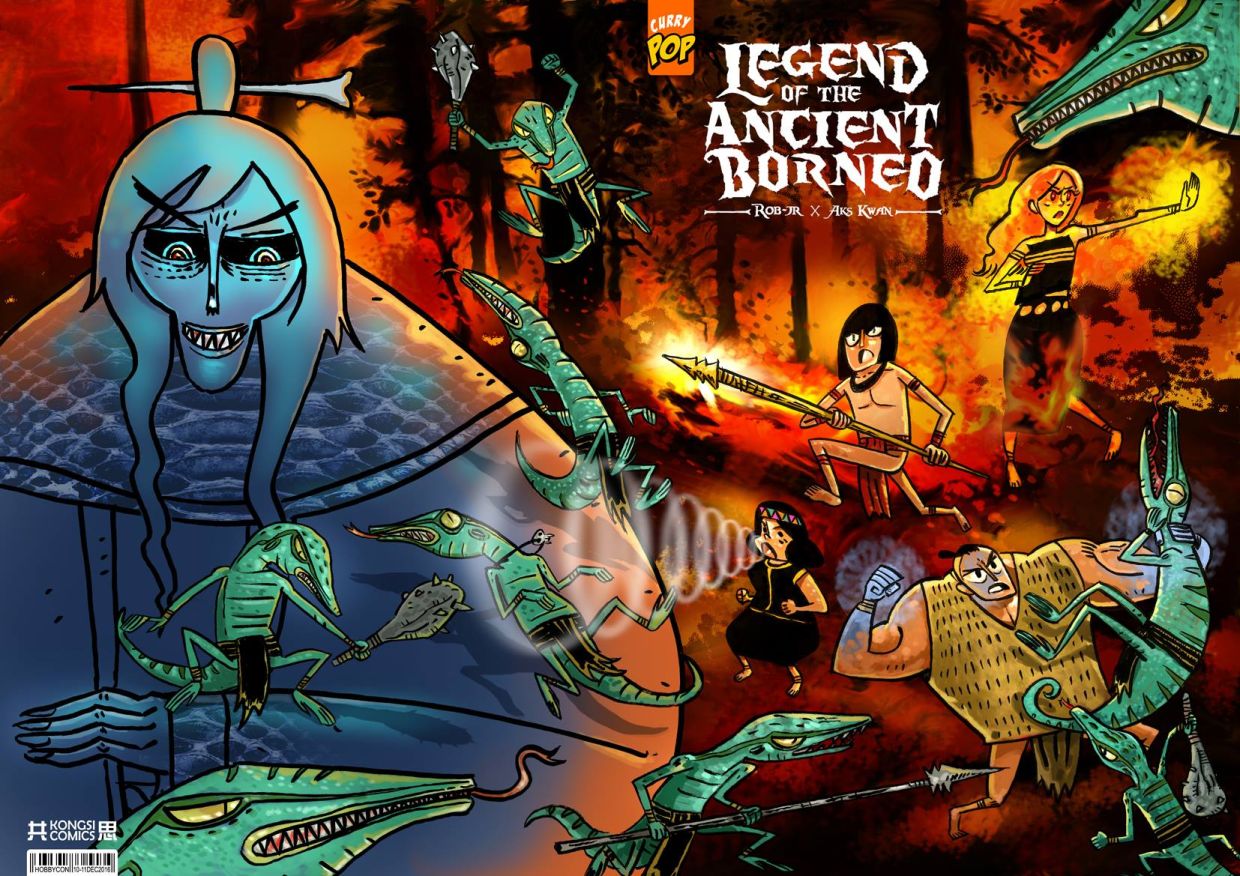 The cover art of the comic book that the film is based on.According to Sinn, the reactions he got from festival-goers have been positive. “They said Borneo-themed story is something fresh to them, that they’ve never seen before.”

Legend Of Ancient Borneo was done with the budget of RM120,000.

Of that amount, RM100,000 was from a grant the studio received when it was named as one of the winners of the Intellectual Property Creators Challenge (IPCC) organised by Malaysia Digital Economy Corporation (MDEC) in September 2018.

Sinn said he was nervous about the movie’s premiere on Facebook. “I hope the audience will understand that this is our first production, so the quality is not first class. I hope they are forgiving and think of it as a beginning of better things to come.”

The next thing on the studio’s plate is developing an animated series, off the Legend Of Ancient Borneo movie.

“We hope to start the production in July and complete it in 2023, ” said Sinn.

Watch the film below.