Prince's Purple Rain Tour will be livestreamed for free on YouTube Go back in time with Prince & The Revolution. Photo: Filepic

Want to relive the historic Purple Rain Tour with Prince & The Revolution? A recording of its March 30,1985 concert in Syracuse, New York, will be livestreamed on Prince's YouTube channel from Thursday to Sunday. The album will be available for purchase digitally for the first time on Friday (May 15).

But Purple aficionados may already have it – because it was issued as a VHS and laserdisc (remember those?) in 1985, and it was included as a DVD in the deluxe reissue of Purple Rain in 2017.

Maybe the best thing about this digital release is Thursday's pre-party when Prince & the Revolution drummer Bobby Z will talk about the tour at 6 pm in a live Q&A with Andrea Swensson, a host and writer at Minnesota Public Radio's The Current.

The Prince Estate certainly has a wealth of concert footage that could be released. This taste of Purple Rain Tour is just a recycled tease and a move to bolster the Purple One's digital presence.

Don't be surprised if another deluxe reissue of one of Prince's prized studio albums arrives later this year. – Star Tribune (Minneapolis)/Tribune News Service 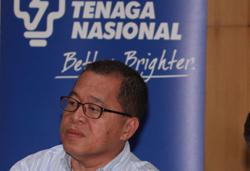