Hong Kong singer Shirley Kwan, who shot to fame in 1989 with the hit, Happy Are Those In Love, said on social media she is quitting the entertainment industry. – Instagram/Shirley_zukie_official_

Hong Kong singer Shirley Kwan, who shot to fame in 1989 with the hit, Happy Are Those In Love, said on social media she is quitting the entertainment industry.

Kwan, 53, retired briefly in 2002 to give birth to her son as a single mother. She disclosed in 2014 that her son's father is a religious teacher from Bhutan.

She made a comeback in 2005 and signed on with Universal Music in 2018. However, she did not have a happy relationship with Universal and has criticised it on social media.

Her limited output with the label includes a cover of late singer Danny Chan's song Ripples, a duet with singer-songwriter Anthony Wong titled Happy To Death, and reworks of her older Cantonese songs.

She posted on Instagram yesterday: "Thank you for all my fans n audience that have always been there for me and supports me. U dear. (sic)"

She said she has fulfilled her contract, but "saw the ugliest part of it" without further elaboration. She added that she "was forced to make the decision" to quit.

According to Apple Daily, Universal said last month that her contract was ending, and wished her health and happiness. – The Straits Times/Asia News Network 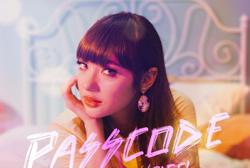