#MYStayHome: Maya Karin is your personal physical trainer during MCO

Maya Karin wants to help her IG followers to do something productive and healthy while staying home. Photo: Art Chen/The Star.

Maya Karin has started a new segment on her Instagram Live, with the hashtag #stayfitwithmaya, where she does a series of workouts at her home gym, for her fans to follow.

Her first session started at 4pm on March 19, the second day of MCO, with the help of her personal trainer.

When asked why she started this, Maya said: “It’s just something that came to my mind after someone tweeted me about (doing) make-up tutorials, and I thought I could do something that’s closer to my heart (which is working out).

“The first session was great with 4,000 people joining in during the 25 minutes that I was on. Now it has gone up to 9,000. I think we’re all going a little bit bonkers, staying at home. So I wanted to do something for my fans, something healthy, something good, useful and productive.”

On the first segment, Maya started out with easy, basic exercises such as squats, even pointing out the right way to do it, jumping jacks, pushups and lunges.While doing the exercises, she kept giving encouraging words to her fans and giving options to scale down or up on the moves, depending on one’s level of fitness.

The award-winning actress was recently seen in the film Bulan & Pria Terhebat, an action film with the central roles (and action sequences) belonging to women. It opened in cinemas on March 12.

“I did a lot of training for Bulan Dan Pria Terhebat, which was out in the cinemas for about five days before the MCO was put in place. So my movie has been shut down.

“Hopefully, Bulan Dan Pria Terhebat will be re-released in a few months time. We are working with Finas and cinema operators to see how it will go. Everyone is hoping for the best, and I will push for the best, ” said Maya. 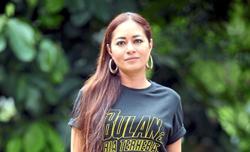 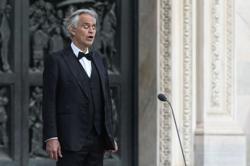