Kang Daniel released his new EP Cyan on Tuesday, moving forward with the decision without any changes in schedule.

In a statement, the singer acknowledged the record comes at a tumultuous time for the music industry, but said he decided to push ahead to spread positivity.

“Everyone is going through a hard time together and I hope I could spread positive energy through this album, ” he said.

“I am delighted and happy to be able to make music and perform on stage again, ” the singer said through his agency Konnect Entertainment.

Cyan, featuring five tracks, is Kang’s first work to be released since he went on a hiatus in December, citing mental health reasons.

Lead single 2U is an upbeat mid-tempo electro-pop song with uplifting lyrics.

The title has a double meaning, as it could also mean “reason” in Korean, given the sound of the No. 2 in the singer’s native language.

Written and arranged by Chancellor, Kang said the singer-songwriter and producer created the song with him in mind from the beginning.

“Even before the track was complete, I felt like I’d found an outfit that suits me well, ” the Wanna One star-turned-soloist said.

The EP is said to mark the beginning of the singer’s new Color trilogy.

Kang said he wants to find his own colour, or persona, through the three releases each with different concepts, but added Cyan is on the brighter side – just like the greenish-blue colour the singer has dyed his hair.

The Busan-born 23-year-old rose to fame after finishing first on the second season of Mnet K-pop competition Produce 101, becoming the centre of resulting project group Wanna One.

Last July, Kang made his official debut as a solo artist with full-length studio album Color On Me, which sold over 500,000 copies according to the Gaon chart, becoming the second-best selling record by a solo act, following Baekhyun in 2019.

In early December, Kang’s management agency revealed that the singer had been dealing with depression and panic disorder, as the singer abruptly ended promotions for his single Touchin‘ to take a break. – The Korea Herald/Asia News Network 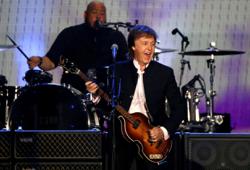