Maggie Q took a little bit of time to decide whether she wants to do 'Fantasy Island' or not. Photos: Sony Pictures

The idea of making your fantasies into reality, while vacationing on a beautiful tropical island, was first conceptualised in the 1970s series Fantasy Island.

That TV show ran for seven seasons, and – although it was gleefully campy – it carried the notion that realising one’s fantasy came with a price.

This premise is also at the centre of the new film Fantasy Island, inspired by the TV show. But there is nothing gleeful about the film as it falls squarely into the supernatural thriller genre.

Starring Michael Pena, Maggie Q and Lucy Hale, Fantasy Island comes with the tagline “Be careful what you wish for”, illustrating how fantasies quickly turn into nightmares for the characters in the film.

If you’re still not too convinced about the film, well, neither was Q, at first.

In a telephone interview from London, the 40-year-old shared what changed her mind: “It was a process of me first reading the script and actually being impressed... with its darker twist, of what it means to have a fantasy fulfilled – whether your life is going to be better and whether that makes any sense in reality.”

The second factor, she said, had to do with who they were going to cast.

“Michael Pena is an actor that I respect very much... I didn’t know him prior, but I loved his work. So they had attached Michael already, and I was the next person that they needed to attach. I loved that they were casting people that were more about being the right actors for the film.

“My final straw was really meeting the director (Jeff Wadlow) and seeing if his vision was something that I agreed with, or something that I liked... And I was really impressed that he had so much passion and was very motivated to make something different than a standard fare.” 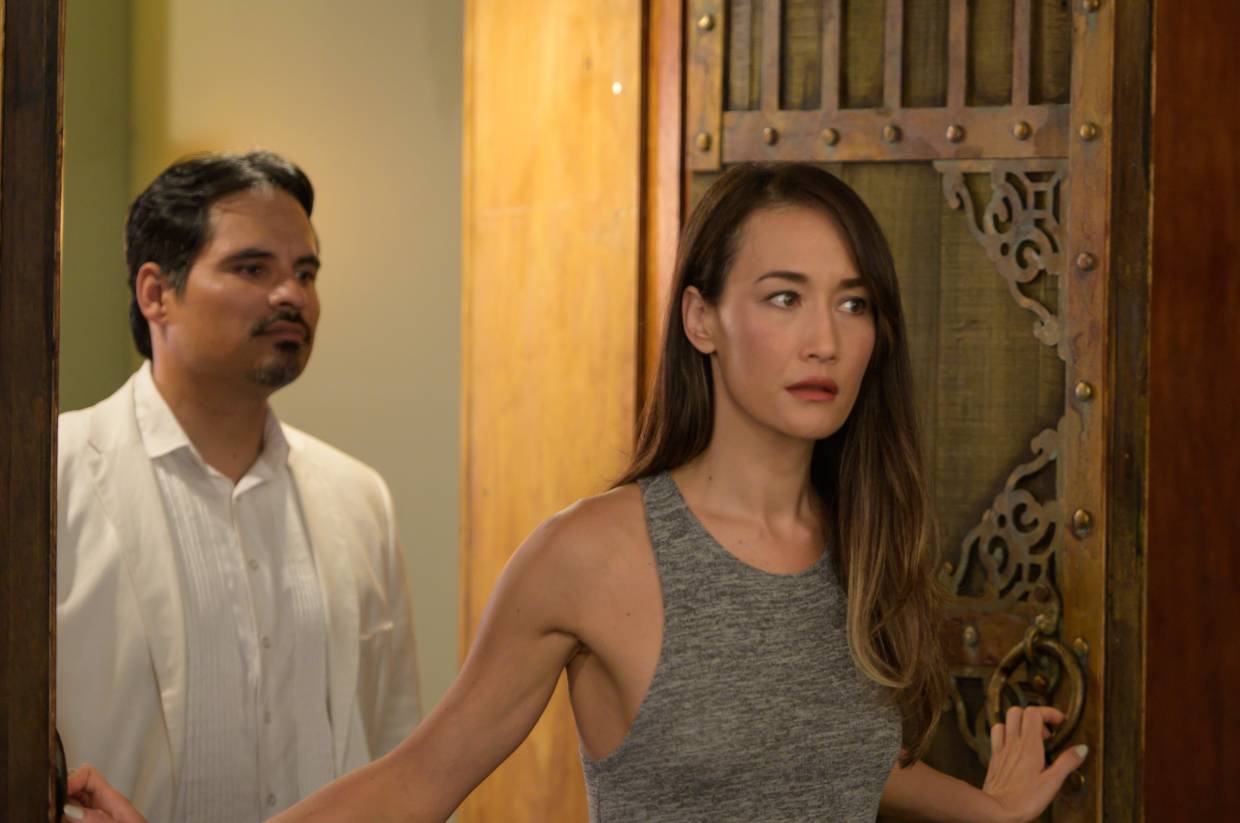 In Fantasy Island, Q plays Gwen Olsen, whose fantasy has to do with regret, of the paths she had not taken and letting her life go by. Although Q believes that having some regrets as a healthy journey to becoming a better person, she was attracted to explore Gwen because the latter is overwhelmed by guilt and regret.

“People look at women as emotional, sensitive, empathic and strong... we are all of that, they’re what make women incredible. But also one of the flaws of being a woman is that we take on a lot.

“We don’t release a lot of what we carry, and that’s incredibly unhealthy because we’re not designed to hold our grief and our trauma. In order to to deal with it, you have to share, you have to get it out, forgive yourself and move on.

“That’s the lesson you get with this character... to discover the root of the pain, really study where the pain is coming from and make things get better.”

For Q, she is all for making things better. Born in Honolulu, located at the island of Oahu in Hawaii, the Pan-Asian beauty grew up surrounded by nature and animals. While finding her footing in the acting world in Hong Kong, Q transitioned to a plant-based diet after learning about animal condition in the fashion, food and entertainment industries.

Today, she’s equally known as a humanitarian and animal rights activist. She is also vocal on her love for the planet and oceans, which led her to create the activewear company QEEP UP, that produces outfits made from 100% recycled materials pulled from the ocean. 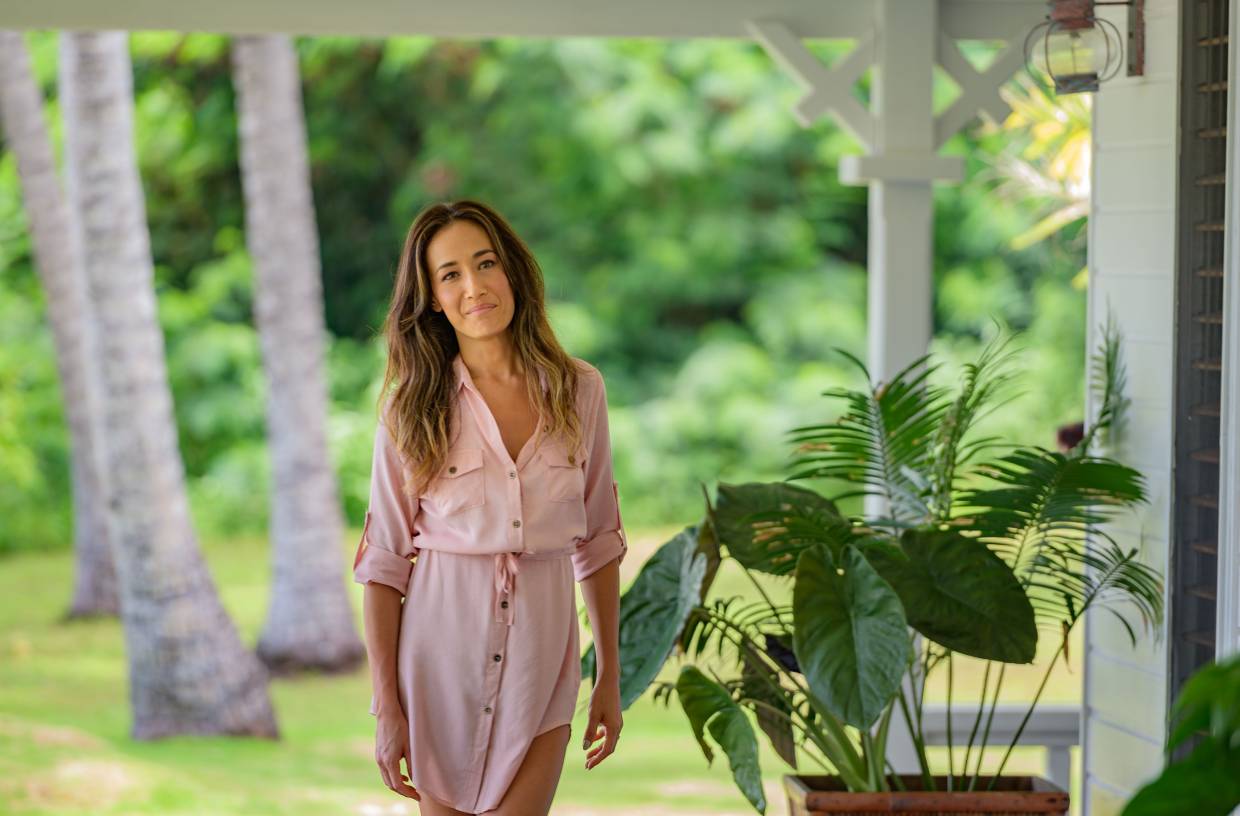 Q was attracted to her character Gwen because she is overwhelmed by guilt and regret.

According to Q, she enjoys all the roles she has taken on, an actress, a businesswoman and an activist.

“It has been really like the second wave of challenges in my life, to be able to make business work and have a career outside of moviemaking that is tied to my passions, and the voice that I’ve created from being in movies.”

When asked about her fantasies, naturally, they have to do with what she is most passionate about.

“And my second fantasy is – if there were no consequences – that I could liberate animals from suffering. I would release all of them from zoos, circuses and animal-testing facilities; I’d let them all out. That’s my fantasy.”

Fantasies are turned into nightmares in 'Fantasy Island' 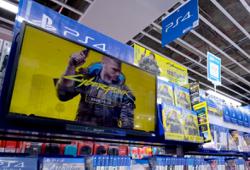