After Chen of K-pop boy band EXO announced his upcoming marriage, some fans took to streets in protest, labelling him a “betrayer” and calling on him to leave the group.

Chen, whose real name is Kim Jong-dae, announced his marriage on Jan 13, hinting that his wife-to-be is pregnant with his child. He posted a picture of a handwritten letter on a fan website, saying he has “a person whom he wants to spend the rest of his life with.”

Following the announcement, fans of EXO clashed in cyberspace, with some supporting and others disapproving of the 28-year-old singer’s new phase in life.

Those expressing disapproval issued a statement Thursday, calling on Chen to exit the group, threatening protest if S.M. Entertainment, the agency representing EXO, did not respond by Saturday. The entertainment agency remained silent on the issue and some 50 fans held a silent protest outside the SM Town building at Coex Artium in southern Seoul on Sunday to pressure Chen to leave EXO. Holding up placards reading “There isn’t Chen in a future for us, ” they sat silently on the street.

But while Chen has become the target of hate and malicious comments online, those in support of the singer are taking group actions to show their support.

They have been trending hashtags such as “Chen Stays” on social media and organising small events to show their support.

Chen debuted in 2019 as a lead vocalist for EXO. He is the first of the nine bandmates to get married. He must enlist in the military this year, as he has not yet fulfilled his mandatory military service. – The Korea Herald/Asia News Network 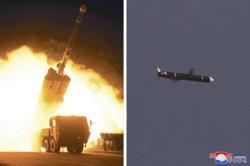