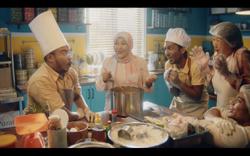 Set in Melaka, the series opens with 20-year-old Li Lan who is pressured to marry the only son of a wealthy family. There’s just one catch: he’s deceased. — Photos: Handout

A certain amount of pressure is to be expected when making a series for Netflix, an international streaming service with viewers in over 190 countries.

But local director Quek Shio Chuan – who is helming Netflix’s first Mandarin original series from Malaysia, The Ghost Bride – describes it as feeling more of a “positive pressure”.

“There are challenges but challenges aren’t necessarily (bad). I went in with a learning mentality and a positive attitude and I enjoyed it, ” he said. Taiwan’s Huang Pei Jia (clockwise), Wu Kang Ren and Chinese-Canadian Ludi Lin lead the cast of The Ghost Bride.“I’m completely fresh – new format, new genre and working with new people but that’s why it was fun!” says a cheerful Quek at a press event promoting the series in Kuala Lumpur.

Quek spent many years directing short films and commercials before making his debut in the showbiz scene with the award-winning feature film Guang in 2018.

While Ho has amassed more experience in film and TV – with many of his films making their rounds in international film festivals, notably, 2009’s At The End Of Daybreak –working on a project with visual effects was a first for him.

“It was a very interesting experience for me. We had a very good CGI supervisor. I learned a lot, ” Ho shares.

Indeed, visual effects come into play quite a bit on the supernatural-themed The Ghost Bride, an adaptation of Malaysian author Yangsze Choo’s 2013 New York Times bestselling novel of the same name.

Set in early 19th century Melaka, the series opens with 20-year-old Li Lan who, in a bid to save her family from falling into debt, is pressured to marry the only son of a wealthy family. There’s just one catch: he’s deceased.

Ghost wedding – a marriage in which one or both parties are dead – is a traditional Chinese practice. One reason for the unconventional union is so that for those who die unmarried, they will not be alone in the afterlife. “We’ve heard of it before but we’ve never encountered it, ” Ho talks about his experience with ghost weddings in real-life, as Quek nods in agreement.

The concept and culture may not be familiar to many international viewers, but the directors believe the story has the ability to draw people from all walks of life. “It is set in Melaka and at a certain time but there are universal themes, ” Quek says.

One of them is the fact that protagonist Li Lan tries to rise above what is expected of a woman at the time.

“She stands out in her setting because she thinks like the woman of today. She wants to have her rights. She doesn’t want to be forced into a marriage. She’s fighting, ” Quek adds.

Li Lan’s story is relevant in today’s landscape where strong female characters and female-driven stories are gaining traction on film and TV.

Ho chimes in: “In whatever story you watch, you’re tethered to a certain concept. In the end, it boils down to the emotional content that pulls viewers in.”

Of course, the actors play a big part in bringing those emotions on screen.

Quek adds there is a strong Malaysian presence in the series. The series was shot last year in Perak, Penang and Johor, with some 90% of the entire cast and crew made up of Malaysians.

To reflect the series’ Peranakan setting, the directors tease there will be a bit of Bahasa Malaysia in the dialogue as well.

The Ghost Bride premieres on Jan 23 on Netflix. 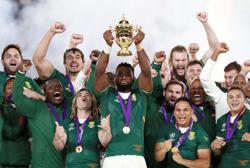