Actress Lin Shaye hangs out with an army of Kayakos at the Comic Fiesta in Kuala Lumpur. Photo: Sony Pictures

American actress Lin Shaye says she is not afraid to die, although confessing she’s a little fearful of the unknown that follows after death.

But, presently, what truly terrifies her is the idea of bad health.

“If I had a wish, it’s that I want to live to 110 because I want to know what’s going to happen and I want to be able to do everything I’m doing, including riding my horse... somebody probably has to help me get up on it first, ” said the amiable 76-year-old with a laugh before continuing, “I want to be well. I don’t want to be infected, from rage or from illness. I love good health.”

She shared this during a press meet in Kuala Lumpur last month. The Los Angeles resident had flown in with director Nicolas Pesce to talk about their new horror film The Grudge, which is showing at cinemas now. “It’s a fragile world, guys, ” she added. “And it has become more and more fragile.

“That’s why this particular film is very important to me as well, because the theme deals with rage; it’s going to infect everybody unless you keep track of what it is you want in life.”

In the latest Grudge instalment – that started with Takashi Shimizu’s Ju-On films – the vengeful ghost has made its way from Japan to the United States. 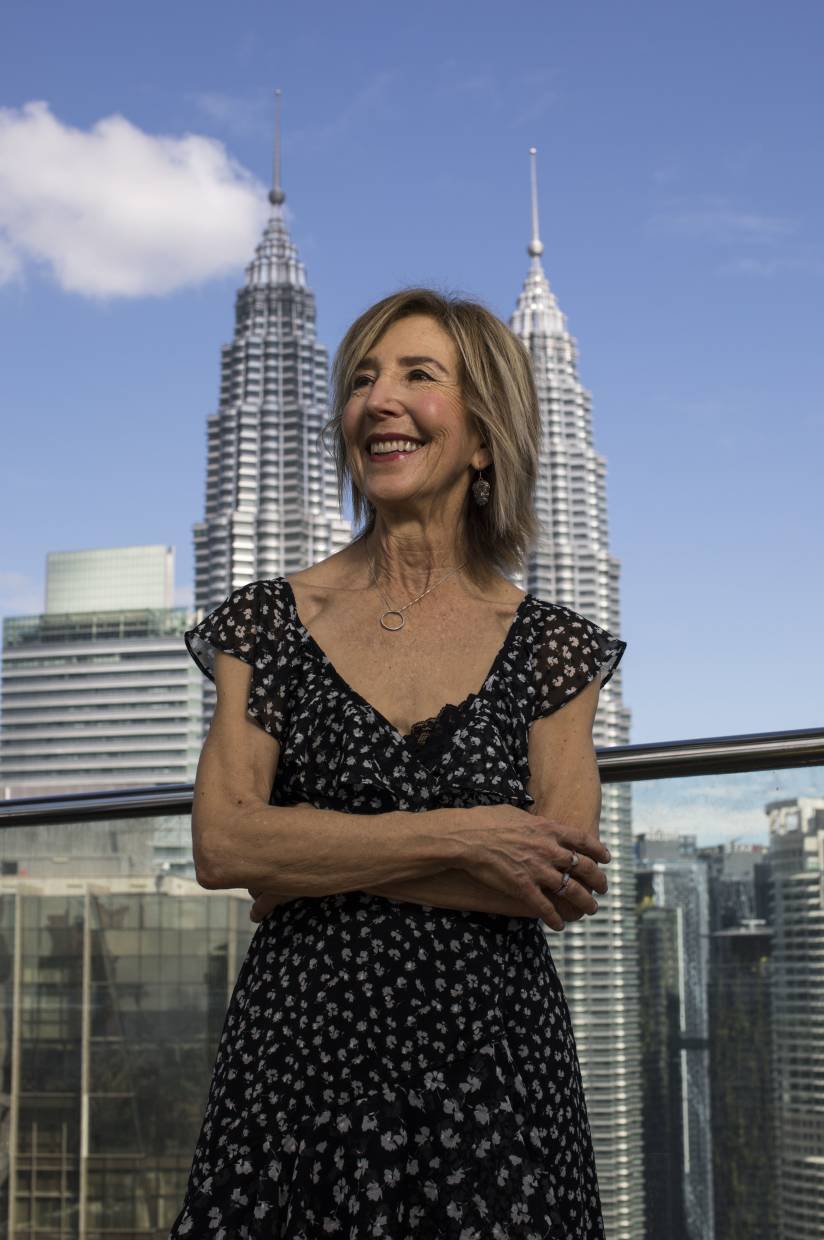 Lin Shaye pictured in front of the Petronas Twin Towers while promoting her new film 'The Grudge' in Kuala Lumpur. Photo: APHere, it is feeding its unending fury to Americans, who in turn do terrible harm to themselves and their family members.

One of those people who comes in contact with this unforgiving being is Shaye’s character, Faith, an elderly woman who suffers from dementia.

But thanks to Shaye, Faith has a broad range of emotions – from happy to pure terror – as the ghost consumes her. It is harrowing to witness.

According to Pesce, Shaye was chosen to play Faith right from the start because of what she could bring to the role.

The director stated: “She’s such a legend and she’s just so fun to work with; she’s so energetic, hilarious and has awesome ideas. A lot of the scenes, she just goes with it. Like the finger-chopping scene, she turned around with a knife and started laughing hysterically, and it was awesome. I didn’t tell her to do that, she just came up with it.”

One thing that Shaye is proud of is, how bold she is when it comes to acting.

“I’m a pretty brave actor. And I love shocking myself and other people. It doesn’t always mean horror shock; I mean, I like surprising people with what I discover about the character that maybe they didn’t think of. And, there were some really wonderful moments that Nick allowed me to do in the film, ” she said. 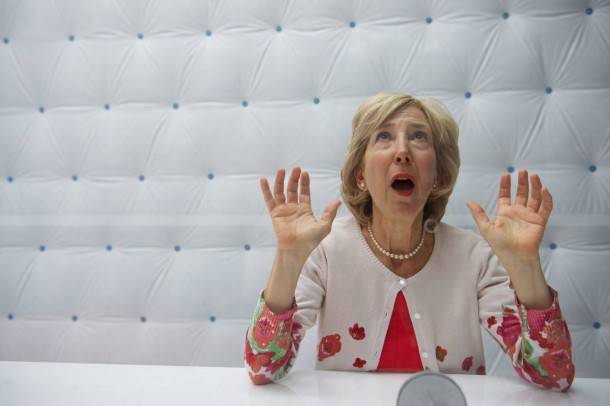 After earning a Master of Fine Arts degree in acting from Columbia University in New York City, Shaye worked in a number of theatre productions and studied under famous acting coaches, Stella Adler and Lee Strasberg.

In the late 1970s, she went to Los Angeles to work on films and has appeared in projects like A Nightmare On Elm Street, Dumb And Dumber, Kingpin, Snakes On A Plane and The Signal.

In 2010, she was cast as Elise Rainier, a compassionate psychic who uses her ability to communicate with ghosts to help the living, in James Wan’s highly successful film Insidious.

Elise, Shaye admitted, is the character most people connect her with. 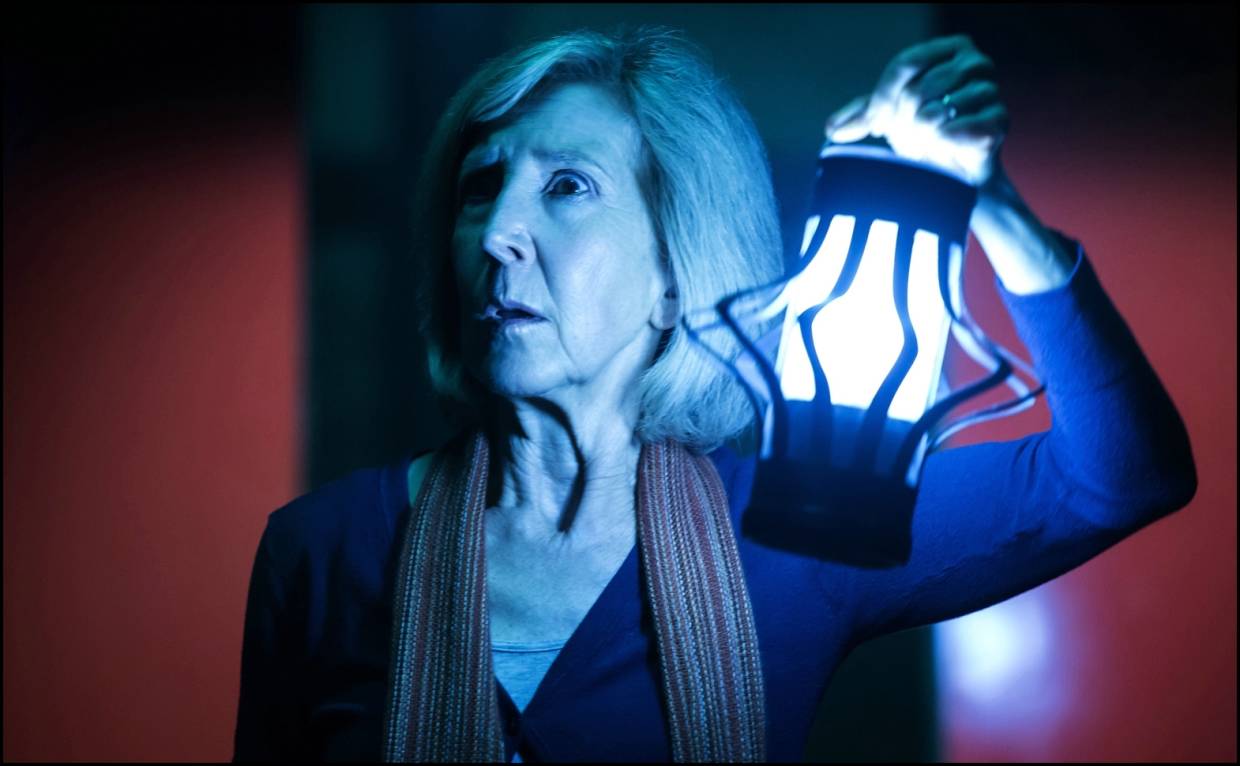 Her character in the 'Insidious' films is a fan favourite.

As to why Elise is so appealing with the fans, Shaye theorised: “This is what I finally came up with – she’s a giver, she’s not a taker. Her world is not about herself. In a time when it’s all about ‘me, me, me’, ‘What can you do for me?’, Elise is more like, ‘What can I do for you?’, ‘How can I help you make your life better?’

“It’s not like she’s a goody goody, that’s just her spirit. There aren’t very many characters who are like that. That’s kind of what I feel about her and why people love her.”

Thanks to her involvement in Insidious, Insidious Chapter 2, Insidious: Chapter 3 and Insidious: The Last Key, Shaye is now synonymous with the horror genre.

She said: “Why are horror films so popular? I think there’s something about being able to experience fear together... Going to a theatre to watch a horror film where everybody can squeal and scream together, that’s really great. It’s like a little catharsis, in a way.

“I also think people are more fearful now than they have ever been. The world is a very scary place, and it’s not just ghosts anymore.

“It’s governments, hatred, rage, that are popping up everywhere. And this is reflected in art.”