Ever wondered what would happen if you wished upon a shooting star? Would you wish for magical abilities or super powers?

Well, Thai drama series My Ambulance has taken that premise and injected a fantasy spin into what is now the hottest medical rom-com on dimsum.

The story goes that an orphaned schoolgirl named Tantawan falls off a cliff while grieving for her parents. Alone and injured, she makes a wish upon a shooting star while calling out to her friend Peng. He is then magically transported to her location. Thereafter, every time Tantawan uses the magic to call for help, Peng finds that he has the power to travel through space and time to get to her. 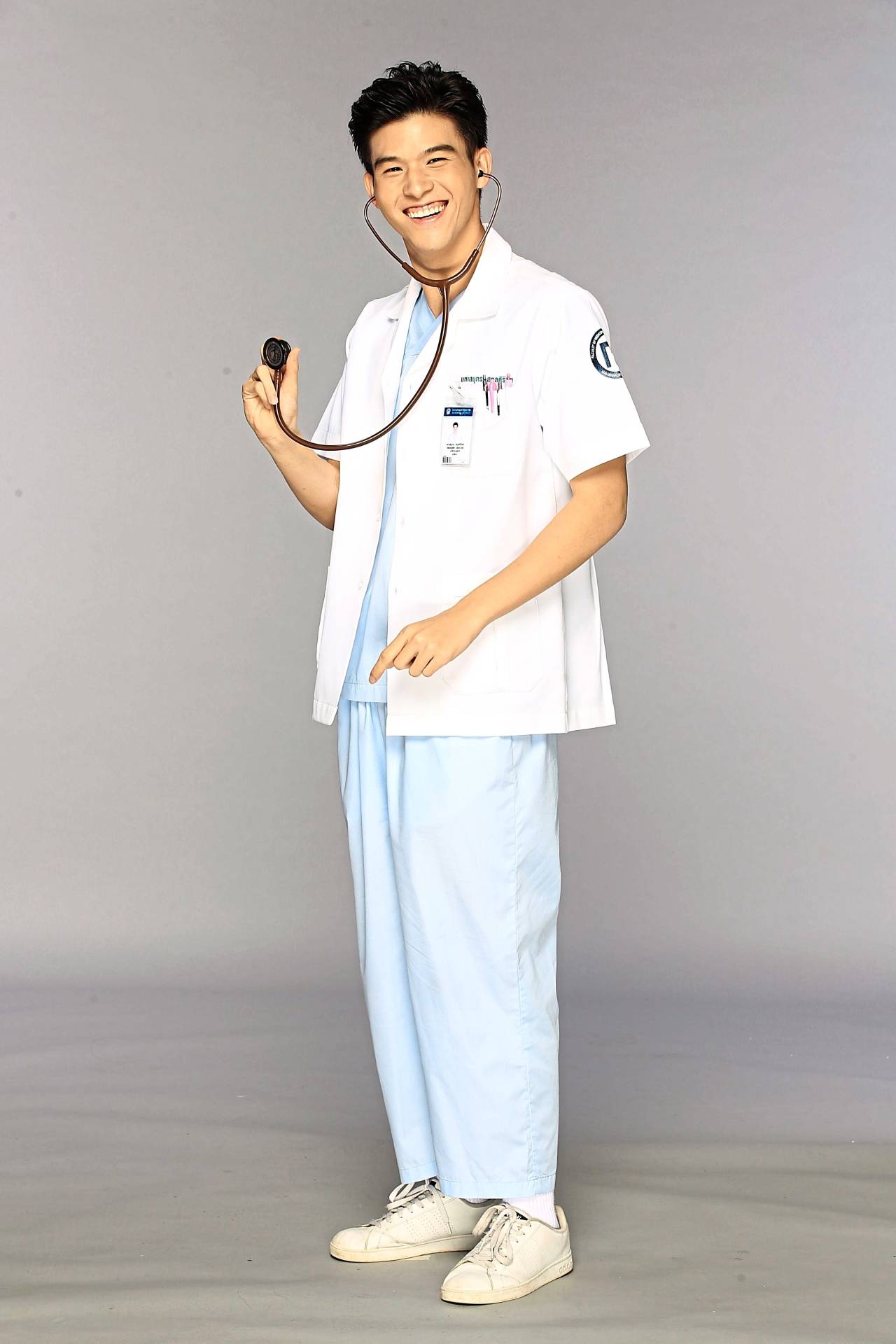 Fast-forward to 15 years later, Peng has become a workaholic doctor, so while he and Tantawan are still bound by the magic, their relationship is no longer what it used to be.

Following a traffic accident, Tantawan suffers memory loss and finds to her surprise that she has transferred some of her powers to young Dr Chalan.

To complicate things, Dr Chalan is smitten by ambulance driver Bhamee who, in turn, has a crush on Dr Peng.

The unusual rom-com has a storyline so compelling that viewers would often find themselves torn between the two male protagonists, leading to a Team Peng vs Team Chalan debate among Thai drama fans.

The three stars, who look like they just stepped out of a fashion magazine, were also part of the nine-member entourage that performed at the dimsum Thai Pop 2019 music showcase held in Shah Alam recently.

Sunny described Dr Peng as a serious man who is determined in his career. “We spent three months with an emergency unit to learn from real doctors. It’s an emergency team so we had to go out with the ambulance, ” said the suave actor who is better known for his film projects. Meanwhile, Sky plays Dr Chalan, a warm-hearted medical intern who has just commenced training at the emergency centre under the supervision of Dr Peng.

Sky said that Chalan is an intern who is a fun-loving fellow with a caring personality.

“He is also a very determined person, and he considers Dr Peng as his idol, ” added Sky, whose character inadvertently finds himself as his mentor’s romantic rival.

The Thai heartthrob made his name in idol dramas of various genres, such as the horror thriller Thirteen Terrors (2014), schoolyard series Hormones 3: The Final Season (2015) and sports drama Project S – Side By Side (2017).

Joining the two doctors in the emergency unit is Thanaerng who plays Bhamee, a bubbly race car driver who becomes an ambulance driver after an encounter with both doctors at the emergency centre.

‘Bhamee is a cheerful person with a spirited attitude, ” said the pretty lass whose vibrant character brightens up the emergency unit and who is as flamboyant as her purple dreadlocks.

Best known for her role in the popular Hormones series (2014-2015), the lanky actress kickstarted her showbiz career by participating in Miss Teen Thailand in 2012 and Thailand Super Model in 2013.

Playing an ambulance driver meant that Thanaerng had to drive in many of her scenes, which she admitted was a challenge in itself.

“In every scene where I had to drive, it was really very hard as it’s manual gear.

“(The vehicle) was also too heavy and too big, so I could only drive forward. That’s why I had to keep driving around in circles on a track, just to be on the safe side.” 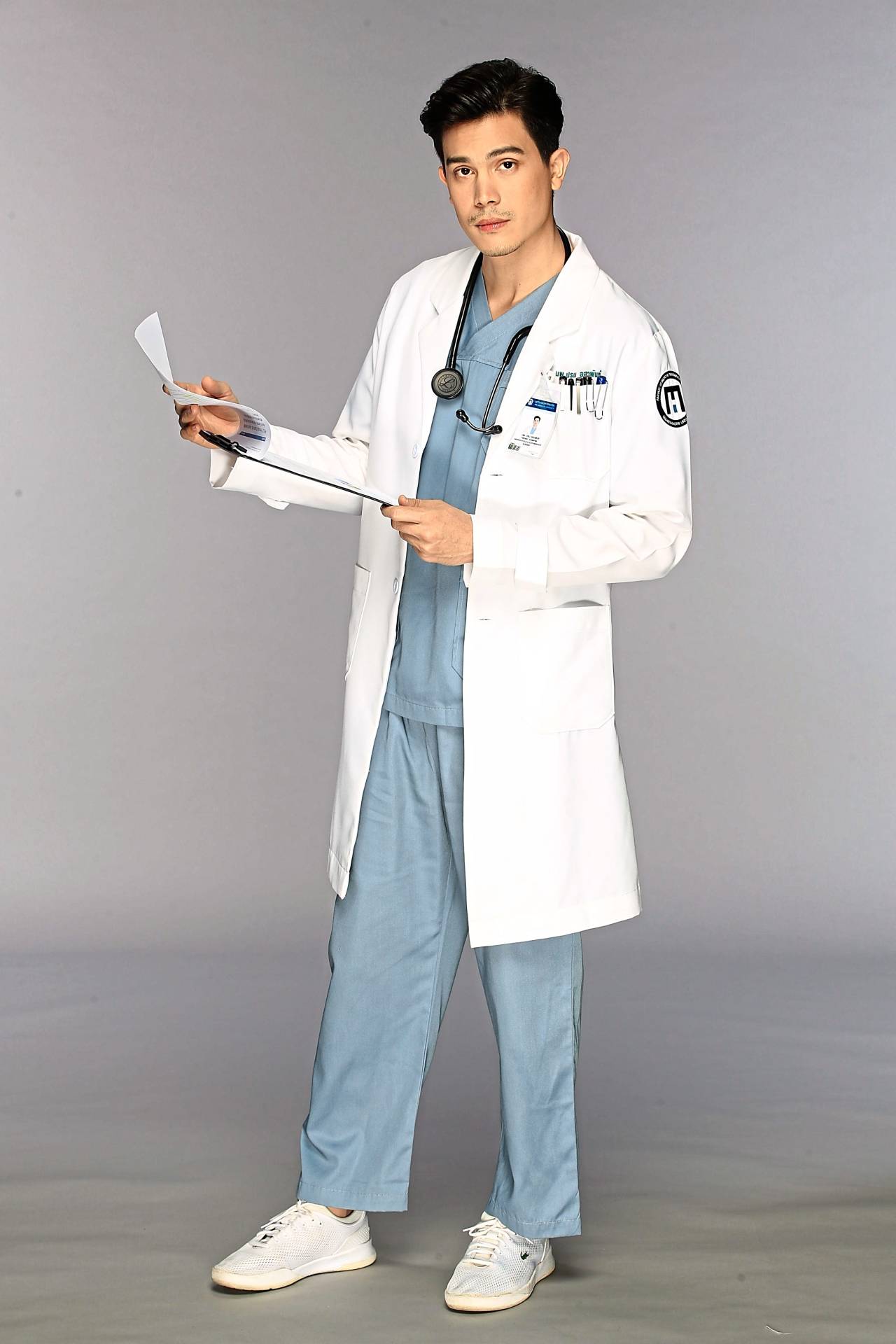 Sky revealed that a major challenge the cast and crew faced while filming outdoor scenes (in Thailand) was the unhealthy level of dust particles (caused by forest fires in Indonesia) similar to the haze conditions that plagued Malaysia a few months back.

Given a choice, out of the three, only Sunny opted for the teleportation power featured in the drama. Sky wished he could fly while Thanaerng wanted to be a witch so that she could have multiple magical powers instead of just one.

“Actually, I like this concept of transportation, but we must have the option to be able to come back the same way, ” explained Sunny, clarifying that they needed to add an extra condition for the super power to be more efficient.

“In the drama, Dr Peng considers the power to be an inconvenience when he gets accidentally teleported out of the emergency room while on duty. 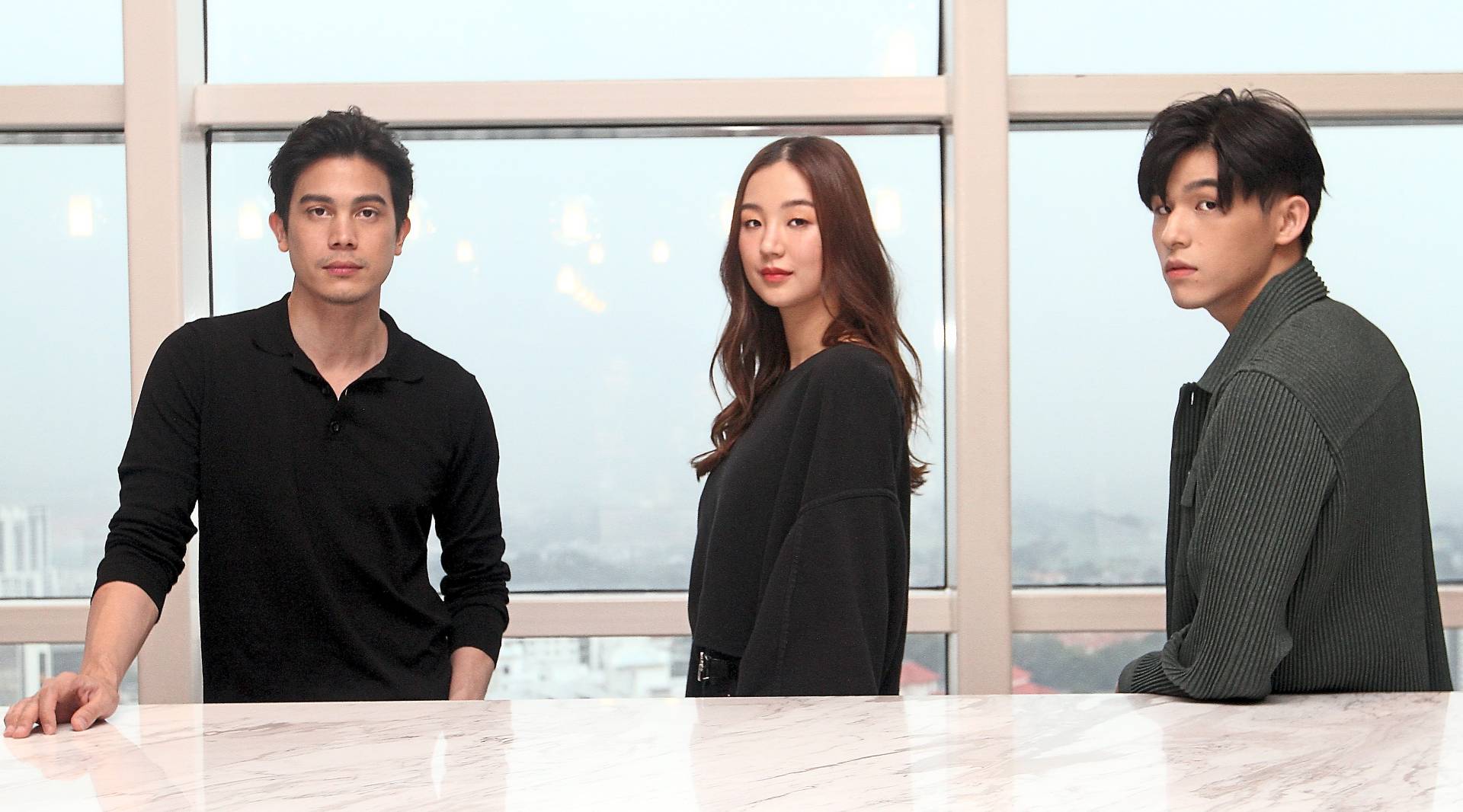 Speaking of superheroes, we asked the stars who are their favourites.

Sunny’s choice: “For me, it is Captain America because he is a decent and good guy.”

Sky picked The Hulk. “Because outwardly he may appear to be violent but inside he always cares about others, ” said the actor.

Thanaerng’s fave? “I like Scarlet Witch, because I think she is the best.”

Throughout the interview, the stars were careful not to reveal spoilers, so that viewers could fully enjoy the plot twists that would keep them guessing till the end.

The question on everyone’s lips is: Who will Tantawan choose in the end, Peng or Chalan?