This Sunday (September 29), get ready to watch Malaysia's very own Ultraman - Ultraman Ribut - take on the League Of Darkness!

The character is a collaboration between Malaysia's Les' Copaque Productions (the creators of Upin & Ipin) and Tsuburaya Productions, the creators of Ultraman. His powers include super-speed, an Ultra armour that can withstand high temperatures, and also a 'Ribut Blocker' brace he wears on his left arm, which can project a force barrier to shield him from enemy attacks.

Part of the New Generation Ultras team, Ultraman Ribut will be appearing in a special episode of Ultra Galaxy Fight: New Generation Heroes, an online-only micro-series shown on the Tsubaraya Official YouTube channel. The episode will be released on September 29 and is available in both Japanese and English.

In the micro-series, the New Generation Ultras team up to fight the League of Darkness, an evil organisation that consists of the Ultras' former foes, and led by a pair of evil Ultras named X Darkness and Geed Darkness, who can somehow draw power from the good Ultras' light to enhance their dark power.

Ultraman Ribut has also made appearances in the previous seasons of Upin Dan Ipin in Malaysia and Indonesia back in 2015. In the show, Ribut saves Kuala Lumpur from being destroyed by alien monsters Alien Kilat, Raksasa Bayang and Raksasa Halilintar, with the help of the twins.

One of Japan's most iconic superheroes, Ultraman was created in 1966 by special effects director Eiji Tsuburaya, and has since spawned numerous TV shows, comics, films and merchandise. In a recent press conference, Tsuburaya Productions announced a global expansion plan that includes developing South East Asia into one of its biggest markets outside of Japan.

Ultra Galaxy Fight: New Generation Heroes is just one of the numerous shows the production house has lined up for the franchise. The latest Ultraman series, Ultraman R/B, is already showing in Malaysia on Astro Ceria, while its next show, Ultraman Taiga, will premiere next year. A second season of Netflix's original Ultraman anime series has already been announced, and Shin Ultraman, a feature film adaptation of the original 1966 Ultraman, is slated for a 2021 release. 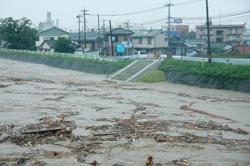 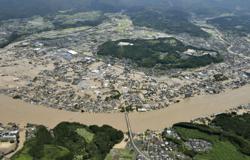 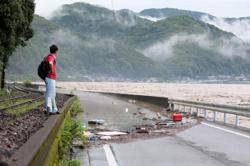