Despite a late start, TV host Meor Mohd thrives in his roles 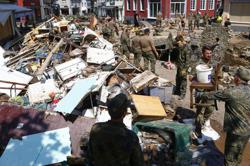 Meor says speaking in front of a crowd gives him a boost of confidence. â€” SAMUEL ONG/The Star

His nickname is “Mr Loudspeaker” for good reason.

If you’ve ever tuned in to the programme Fresh Brew on TV2 on a Sunday morning, you’ll recognise Meor Mohd Addelan Meor Adam’s voice for sure.

One of five hosts who appear on the show regularly, Meor has a really distinctive manner and personality about him. If you’ve ever met him in person, you’ll probably be bowled over by his affable style.

“I speak very loudly and am not shy at all. In fact, sometimes I can’t stop! Also, speaking in front of a crowd really gives me a boost of confidence,” the 37-year-old says frankly.

“Of course I still get the jitters sometimes. Who doesn’t, right? But I always try to channel the positive energy from the crowd to my performance. That seems to fuel me.”

Kuala Lumpur-born Meor actually went into broadcasting only later in life. Armed with a Professional Bachelor’s Degree in Electrical and Electronics Engineering from the Hannover University of Applied Sciences in Germany, Meor was on a different career path earlier on.

“Before this, I was always the ‘sales guy’, doing sales work with a telco, then becoming a business development manager of a big e-commerce company, and finally having my own business, doing online marketing and campaigns. But now, I am finally in a profession that I love,” he enthuses. “This is really me.”

Meor admits that it was initially hard for him because of his age.

“Most of the other hosts are all young, in their 20s and early 30s. I got my first gig as a host when I was 36. But age is definitely not everything. It’s all about your personality, knowledge and charisma. I took all the bad, and improved myself daily. You can’t just be a pretty face, you need the brains as well. It’s a learning process every single day,” says Meor, adding that he has never been happier.

“This is what I was meant to do. Granted, it took sometime for me to realise that, but with the full support of my wife, I went in with guns blazing. Of course it took quite a while to (find my feet), but now I am proud to say that I’m making something of myself, and believe me, I am not done yet! This is only the beginning!”

Meor advises others to follow their dreams too, and that it’s never too late.

“Look at Martha Stewart. She started her catering business in her mid-30s and was nearly 50 when she started the magazine and TV programme, Martha Stewart Living. Or Vera Wang who started her line at the age of 39. Another example is Reid Hoffman, the man behind LinkedIn, who started his venture at 35. It’s all about finding what you truly enjoy in life, and running with it, head on!”

Meor says speaking in front of a crowd gives him a boost of confidence. — SAMUEL ONG/The Star

On and off screen charm

Fresh Brew is an English talk show which delves into all sorts of topics from lifestyle and health to current happenings. The show is divided into three segments – What’s up, Sweet Tooth and Hobby Mania – and runs for an hour on Sundays at 10am. It made its debut in January 2019 and was Meor’s second TV gig.

“My TV debut was back in 2018. I was hosting a show on GE14 with a small TV station in Damansara, Petaling Jaya. Granted it was a small role, but the experience gained was invaluable and taught me how to be a better host, eventually leading me here.”

What led to the switch in professions?

“I always had a hidden desire to become a TV host! I was the extrovert who entered all kinds of public speaking competitions in school, and was selected to speak for events and occasions. I guess everything aligned in a way that it was finally possible for me to pursue this line professionally a year ago.”

Meor, the son of a retired Lt Col in the armed forces and a teacher, went to SRK Kampung Tunku and for secondary school, attended Sekolah Alam Shah, a boarding school in Cheras.

Apart from TV, Meor also emcees at events and one of the things that sets him apart from the others is his ability to speak fluent German on top of Bahasa Malaysia and English.

“To be completely honest, Germany was never on the cards. I wanted to go and further my studies in the United States or Britain after SPM. But when JPA (Public Service Department) offered me a scholarship, the choices were either Japan or Germany. After seeking advice from both my parents and close relatives, I decided to take up the offer to go to Germany.”

According to Meor, the experience living abroad in a foreign country, where the main language was not English, was a struggle.

“Everything was in German. It was very hard at first, even though we did our German language foundation programme in Malaysia before going over. But being in Europe taught me independence and how to take care of myself, without having the luxury of running back home to mum and dad.”

Indeed his time overseas seems to have given Meor a firm foundation and confident demeanour. Put him in any crowd and he soon becomes the live wire connecting everyone, forging friendships and breaking down barriers.

“I believe my talent is being able to engage with a crowd. Not everyone can just become an emcee and perform. Often, people see emcees as just someone who speaks during an event, and that’s it. But there’s a lot more to emceeing. An emcee needs to be able to articulate a message while entertaining an audience, be organised and handle things under pressure!’

Meor says that he is able to get an average of two or three gigs a month. The type of gigs that he does varies, from conducting seminars, handling gala dinners to helming sporting events.

“In this line of work, people will remember what you do. So if you do a great job, more often or not, you will be called again, or referred to other clients. Do a bad job, and you’ll be replaced in a split second. It’s a ‘dog-eat-dog’ world when it comes to emceeing.”

While he fondly remembers many gigs, Meor says that by far the most memorable one was being the official emcee for all the water events at the GBK Aquatic Center during the Jakarta-Palembang 2018 Asian Games.

“I had the privilege to welcome the crowd, announce the swimmers at each lane and conduct the medal award ceremony at the end. To me, it was a magnificent achievement to be associated with an international event such as the Asian Games. Also not forgetting the SEA Games KL2017, where I was involved in the badminton events, speaking to a full capacity of 10,000 people in the Axiata Arena, Bukit Jalil. It still gives me goose bumps to think about it!”

In his free time, Meor enjoys travelling with his wife and nine-year-old daughter, watching Netflix and playing sports – golf and badminton, in particular.

“And of course, I am always reading to keep myself well informed with the latest news and trends. It never hurts to watch other shows as well, just to see what others are doing and what’s the ‘in’ thing now.”

What does he love best about his job on TV?

“The best recognition I get is when someone tells me, ‘Hey, Meor went there and that place looks cool. Let’s go there too!’ “ he concludes.

Despite a late start , TV host Meor Mohd thrives in his roles 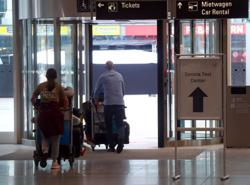