Jason Mraz is bringing good vibes to Malaysia this May

Get ready for some musical good vibes in May, when Grammy-winning artiste Jason Mraz brings his Good Vibes Tour to Malaysia.

Mraz will be performing on May 13, 8.30pm at Axiata Arena, Bukit Jalil, Kuala Lumpur.

This will be Mraz’s third show in Malaysia. He first performed here in 2009, and came back again for his Tour Is A Four Letter Word tour in 2012.

In a press release, Mraz says that he especially enjoys playing in Asia, and feels a sense of gratitude and enthusiasm unlike anywhere else in the world. “It makes a performance feel more like an event than a recital. The audience participation in Asia is harmonic and supersonic. I am thrilled to return, reconnect and re-experience the joy,” he said.

Mraz first shot to fame in 2002 with his debut album Waiting For My Rocket To Come, and is best known for hits such as The Remedy, You And I Both, I’m Yours, I Won’t Give Up, and most recently Have It All, which is taken from his latest album KNOW, released last August.

In a recent interview with StarLifestyle, Mraz said that the new album is in alignment with everything else he has produced, and is full of good vibes and positivity, as usual.

“I use my music as a way to practise what I am thinking and doing in life. In the music that I make, I put into it the ingredients and the thoughts and wisdom and knowledge that I have acquired or heard in my life. The positivity (in my music) really does extend from my own seeking,” he said.

Jason Mraz is bringing good vibes to Malaysia this May 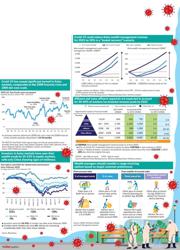 Impact of Covid-19 on wealth management in Asia Adrian out to Rat-tle Asia again