Singer Misha Omar is finally getting the opportunity to hold her first solo concert after 17 years in the industry.

“When I became a singer, from day one, this has been my dream. And to have that dream come true after 17 years, I’m over the moon,” the Bunga Bunga Cinta hitmaker enthuses.

The one-night only event, This Is Misha, is set to take place on Aug 5 at Dewan Filharmonik Petronas.

“The Malaysian Philharmonic Orchestra approached me with the idea last year and of course, I said, ‘Yes!’

“The concert will be a celebration of my relationship with my loyal fans. I cannot wait to share with them my experiences over the years.”

The Kota Baru native burst into the scene at the end of 2001 after making it to the finals of Bintang RTM.

Misha says she will be singing her biggest hits as well as her lesser-known personal favourites such as Tidak Aku Mengerti.

The solo concert is just one of many upcoming projects Misha is busy working on in 2019.

In April, Misha will be sharing the stage with Siti Sarah and Noryn Aziz to serenade listeners with an evening of soulful numbers in Konsert Soul Sisters at Istana Budaya.

She says she’s also looking to release a new single soon but is still looking for the right material.

At the top of her to-do list currently has to be her preparation for the upcoming Anugerah Juara Lagu (AJL) finals.

The 37-year-old singer’s newest single, Sampai Bila, is one of 12 songs vying for the Best Song trophy.

In a press conference announcing the order of the performances at AJL, Misha learns she will be closing the show. “As the last performer, you’ll have to see all the other singers perform first, which adds to the pressure,” she says.

For more information on This Is Misha, visit mpo.com.my.

The finals of Anugerah Juara Lagu will air live at 9pm on Feb 3 on TV3. 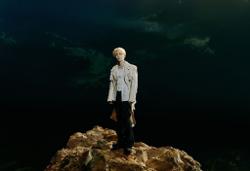