Remember boyband 911? They may be Bodyshakin’ in Malaysia again soon

Heads up, 911 fans! The boyband may soon be heading to Malaysia for a concert!

Wait a minute. 911? The group which sang Bodyshakin’? The ones famous for doing all those backflips on stage? Have we gone back in time to the 1990s?

Yes, not only is 911 still around, the group is actually more popular than ever, thanks to a new wave of interest in retro acts in Britain.

Simon “Spike” Dawbarn, who forms 911 with Lee Brennan and Jimmy Constable, was in town recently, and he confirmed that 911 is very much alive, and is even planning to come back to Kuala Lumpur for its first concert here in 18 years.

“A TV show called The Big Reunion got us back together again (in 2012), and since then, we’ve been performing non-stop!” said the 44-year-old during a recent interview with Star Lifestyle at Menara Star.

“We still do all the flips – we did Wembley a couple weeks ago, and I broke my finger!”

Formed in 1995, 911 was one of the biggest boybands in Britain in the 1990s, and had quite a strong following in Malaysia as well, thanks to a few visits it made here.

(From left) Dawbarn, Constable and Brennan at 911's concert at Sunway Pyramid in 1998. Photo: The Star/Sia Hong Kiau

911 officially announced its breakup in 2000, with Dawbarn saying that they just needed to “get out of that bubble”.

“We needed a break from each other (at the time). We’ll always be friends, but we wanted to find ourselves,” he recalled.

After the split, Dawbarn started a pop academy called PopSkool to train young artistes, and later founded artiste promotion company Alstar Music, which “promotes up and coming artistes in the UK”.

“We seek out young artistes with potential and put tours and shows together for them in the UK to promote them,” he explained.

“Right now, I’m interested in getting Asian artistes here. We recently brought over a girl from the Philippines called Andreah, who did really well.”

Dawbarn was in Malaysia recently to scout for potential talent to promote in Britain. Photo: Handout

Dawbarn was in Malaysia recently for two reasons – firstly, to set up a concert for 911 (“We’ve always wanted to come back to Malaysia!”) and secondly, to seek out potential talents for Alstar to promote in Britain.

One of the young artistes Dawbarn is looking to work with is 17-year-old Malaysian YouTube star As’ad Motawh.

“I found out about him by chance. His dad drove me from the airport to the hotel, and he told me about his son, who is a local singer!

“Then I looked him up, and he’s exactly what I’m looking for in an artiste. He’s got the right talent, charisma, hard working and drive,” Dawbarn said.

When the artistes are in Britain, Alstar then helps them adapt to the new surroundings, get producers to work with them, and build a fan base.

“What we like to do is get them out and meeting fans again. Too many artistes now stay behind a computer and social media. We want them out there engaging with fans,” Dawbarn added.

After The Big Reunion (which also featured retro acts like Atomic Kitten, Liberty X, B*Witched, Five and Honeyz), 911 saw a huge resurgence in popularity, especially among its older fans.

“There’s a big retro scene in the UK right now. Everyone wants to book us because it brings out the older fans,” Dawbarn said.

“Usually we get a mix of old and new fans, because the older fans drag their kids to the shows too! And when I take my son to school, the parents and teachers would be taking selfies with me. He hates it!”

According to him, getting 911 back together again was relatively easy, despite the long hiatus.

“We trained for about a year to get back into shape, so we can do all the flips again!” Dawbarn said with a laugh.

“It’s like riding a bike – once you’ve learnt it, you don’t forget. We each know our roles, and we’ve never argued over who should be doing what. When you’ve done it for that long, it never goes away.”

So, how long does he think the retro wave will last?

“Well, the 80s thing is still going on! When I got into 911, I thought we’d probably last a year or two. Twenty-five years later, we’re still going!” he concluded with a laugh.

Remember boyband 911? They may be Bodyshakin’ in Malaysia again soon 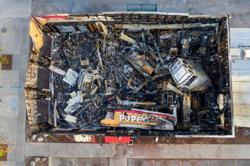 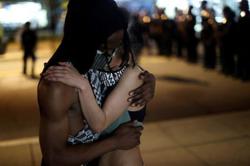