This is why sisters are annoying. — Photos: Warner Bros

Producer James Wan gets behind this Mexican legend, with director Michael Chaves (who won Shriekfest’s Best Super Short Film in 2016 for The Maiden).

According to the tale, La Llorona refers to a weeping female spirit whose tears are lethal and her victims are always children. She is said to be a woman who drowned her own children in a jealous rage before throwing herself into the river.

Every now and then, she rises to prey on children as she wants to replace her own kids.

It might’ve been a tale mothers tell to ensure children behave, but in the hands of Wan and Chaves, we’re sure the horror is much more terrifying.

The Curse Of La Llorona is set in 1970s Los Angeles when a social worker’s two young children may become the spirit’s next victims. To save them, the mother (Linda Cardellini) turns to a former priest (Raymond Cruz) who now practises mysticism.

In an interview with dailydead.com, Cruz said it was a tremendous responsibility to tackle this well-known story. “It’s a famous legend of Mexican folklore and it’s been around for hundreds of years.

The Curse of La Llorona is scheduled to open on April 18.

‘Let me go. I need to revive my dying career.’ 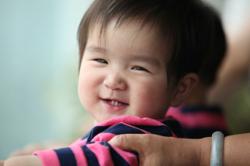