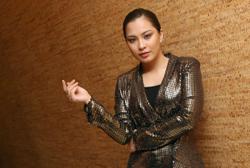 The Los Angeles Police Department is looking into a death threat made against South Korean pop singer Jimin, a member of BTS. The star boy band is scheduled to perform in the United States in September.

US broadcaster NBC News reported on July 14 that LAPD has confirmed the matter and is currently looking into it, quoting an officer of the LAPD’s media relations section.

Jimin recently received a death threat from an anonymous Instagram user who posted a photo of a gun and a statement that the user plans to shoot the artist at BTS’ upcoming concert in Los Angeles.

This is the third death threat against Jimin, following similar ones made ahead of the group’s concert in Anaheim in April last year and its Forth Worth concert in May.

The group’s agency Big Hit Entertainment promised fans that it would keep a close eye on the situation and take all necessary measures to ensure the performers’ safety.

BTS is scheduled to hold concerts at Staples Centre from Sept 5 to 8 as a part of its sold-out Love Yourself world tour that will kick off on Aug 25 in Seoul.

After the US stops, the tour will continue in cities such as London, Amsterdam, Berlin and Paris.

The seven-piece boy-band is the first K-pop group to top the US Billboard 200 album charts. BTS was included in Time magazine’s 25 Most Influential People on the Internet list released late last month. – The Korea Herald/Asia News Network