Hiroshi Abe plays a former gardener to a Japanese emperor while Lee Sinje plays his apprentice. Photo: The Star/Kenneth Chaw

One of the challenges in adapting Tan Twan Eng’s award-winning novel The Garden Of Evening Mists into a movie has to be finding a garden that has all the beauty and magic the author so intricately described on paper.

The novel opens with lawyer Yun Ling, who wishes to build a garden in honour of her sister who died at a Japanese internment camp in Malaya in the 1950s.

Enter the mysterious Nakamura Aritomo. Once a gardener to a Japanese emperor, Aritomo now owns the breathtaking garden, Yugiri (which means “Evening Mists”), in Cameron Highlands.

Yun Ling tries to commission the revered gardener to build one for her. Instead, Aritomo takes Yun Ling in as an apprentice, showing her the ropes in Yugiri.

Astro Shaw and HBO Asia have started shooting the film adaptation in May at numerous locations in Malaysia including Cameron Highlands.

The cast and crew share their filming experience so far at a press event in Kuala Lumpur.

“When production first started, people were saying, ‘Do we want to build it inside a studio? It’s more controllable’,” Taiwanese director Tom Lin talks about bringing Yugiri to life on-screen.

“Because the book is so based in reality, we are going with as little CGI as possible. I try to do everything practical, even mists. We’ve done so. We built a garden. We built a house. We’re very proud of it,” Lin adds.

Another challenge is of course adapting the highly-celebrated book itself, which won the 2012 Man Asian literary prize.

Actors John Hannah and David Oakes, who play Yun Ling’s family friend Magnus and Frederik respectively, reveal their characters are British instead of South African, as detailed in the book.

“The South African strand is something that Magnus’ character explores in the book but it feels separate to Yun Ling’s adventure, her narrative. So I think by removing the South African (storyline), you don’t lose any of that central spine,” Oakes reasons.

“I think it’s a shame. One of the nicest things about the novel is that Twan Eng gets to bring his new hometown into it as well (the author currently resides in Cape Town). But it also means if people watch the film first, they can read the book and have something extra (to discover).” Oakes says.

Hiroshi Abe plays a former gardener to a Japanese emperor while Lee Sinje plays his apprentice in The Garden Of Evening Mists. Photo: The Star/Kenneth Chaw

The director adds the film is faithful to the book in spirit: “With every adaptation I do, I try to find the spirit of, not just the book, but the writer itself.

“Whenever we have to deviate from the narrative of the story, whether it’s because of time or location issues, I think in terms of how Twan Eng would think and how the story would flow.”

While changes are inevitable when it comes to adaptations, there is one thing the author says he will not compromise on: “The title. You’ve seen some productions where they’ve completely changed the title of the book and it transforms the very focus of the book itself.

“So the fact that they retained the title gave me a sense of assurance. That they understood what the soul of the book was.”

Speaking of change, Japanese actor Hiroshi Abe, who plays Aritomo, had to speak in a language he’s not familiar with in the film.

“About 90% of this movie is in English, so it’s hard for me. But it’s a relief that the director told me to speak English the way a Japanese would speak it, unlike in some Hollywood movies where I was asked to speak English with an American accent,” Abe, 54, shares.

Malaysian actress Lee Sinje also has her work cut out for her, playing Yun Ling who witnessed the brutalities of war at a Japanese internment camp.

Tan Twan Eng is the award-winning author of The Garden Of Evening Mists. Photo: Filepic

Lee, 42, says: “We haven’t shot those scenes yet (at the internment camp) but I can already get a sense of how hard it will be through the script.

“The director showed me a model of the camp one day and I was so shocked. I said, ‘Are you sure this is where I sleep? There’s no room at all!’ ”

Lee says while she didn’t speak to real-life prisoners of war, she immersed herself in the role by watching various documentaries depicting their suffering.

The critically-acclaimed actress, who shot to fame through the 2002 horror flick The Eye, says she’s thrilled to be a part of the project.

“I’m a Malaysian actress based in Taiwan and Hong Kong. I’ve only acted in a Malaysian movie once about 10 years ago. I’ve always looked forward to working here again because I want to act as a Malaysian, someone I most relate to.”

The Garden Of Evening Mists will open in cinemas sometime in 2019. 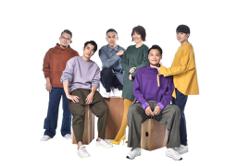