Dayang believes Bangkit Bersama is a song for everyone, not just athletes. Photos: Handouts

Did you know Dayang Nurfaizah used to play tennis?

“I come from an active family. My father used to teach children to play tennis. As a kid, every weekend, he would take me to play tennis but somehow (I never caught on),” the 36-year-old singer recalls.

“Looking back, I do regret not learning properly. If I had just stuck on, I would be able to play today.”

What did stick on, instead, was her love for singing. The Sarawak-native took her first step into the music industry when she participated in a singing competition in 1996 at age 15, and has never looked back ever since. “Singing is my sport,” she says with a laugh.

The Separuh Mati Ku Bercinta hitmaker is fielding questions from Star2 about her latest project – performing the theme song for the upcoming 29th South-East Asian Games (SEA Games), Bangkit Bersama (which is also the slogan for the sporting event). The SEA Games will take place beginning Aug 19.

Ramli, who composed the theme song, is full of praise for Dayang.

While Dayang isn’t a sports person, as a singer, she can relate to some of the sacrifices athletes go through ... something she keeps in mind when singing Bangkit Bersama.

“I remember how my friends could go and hang out after school but I had to sacrifice that time (for my music). I felt (frustrated) at the time, but I’m happy I chose this path today,” she shares.

“It’s the same with athletes. They have to sacrifice their time, especially time away from their family, and do their country proud.”

And like the life of an athlete, Dayang has had her share of career highs and lows. For many years, after the success of smash hit Seandainya Masih Ada Cinta in 2001, Dayang couldn’t find an equally successful follow-up. But the powerhouse vocalist never gave up. Instead she churned out album after album.

“When I was recording Bangkit Bersama, I thought to myself what I have achieved today, and how I got my start slowly,” she says.

She adds the opportunity to sing the SEA Games theme song is a huge honour and a once-in-a-lifetime opportunity.

Datuk Ramli MS, who composed the song, shares how Dayang was chosen to sing: “I recommended a few artistes to the Ministry Of Youth and Sports and Dayang was one of them. The ministry eventually chose her.

“Although I’ve never worked with Dayang in the studio before, I recommended her because I’ve worked with her on live performances.

“She’s one of the best singers in the country and I needed someone capable to deliver the song.”

Ramli only had good things to say about his experience working with the singer on the project.

“I don’t have any issues working with Dayang. It was a smooth process. I just guided her a little in terms of the delivery of the lyrics, which requires her to sound fierce at times and soft at other times.”

Dayang says Ramli helped her in getting her emotions to shine through the song: “I wanted to make sure every word and melody of the song can be felt. I don’t want to just sing for the sake of singing. I want to draw listeners in and motivate them.”

It is interesting to note that Ramli used an analogue approach when recording Bangkit Bersama. “Technology, like your smartphone, changes every few years, and then they’re gone. But the violin has been around for 400 years and people are still using it. I wanted to record the song with live instruments because it gives it more warmth.”

Another unique aspect about the song is that the lyrics are made up of submissions from everyday Malaysians.

Back in May, Youth and Sports Minister Khairy Jamaluddin encouraged Malaysians to contribute lyrics for the song via social media.

“It’s a storyboard of ideas. We wanted to see what views and ideas people have and we picked the best ones, compiled them and made it into this song,” Ramli shares.

Besides being a motivational anthem about achieving one’s dreams, the song talks about remembering the contributions the people in your life have made for you along the way, Ramli explains.

“If you’re an athlete, it could be the contributions your coaches or parents made for you. If you appreciate and remember that, you’ll deliver and you’ll be determined to win.”

Dayang believes Bangkit Bersama is a song for everyone, not just athletes.

“August is a month rich in history. Besides the SEA Games, the song is a way of appreciating all those who have come before us. What we have today is because of their sacrifices.” 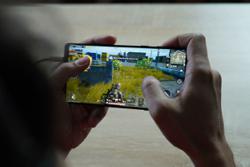 Bowling may make it into 2021 SEA Games roster