Siti Nurhaliza performs a duet with the late Whitney Houston

Datuk Siti Nurhaliza gets back to working on her new album after returning from a family vacation. Photo: The Star/Azlina Abdullah

Yonder Music celebrated its first anniversary recently. The music streaming service has had quite a year, raking in some 400,000 subscribers to date.

During a celebration party held at a hotel in Kuala Lumpur, founder and chief executive officer Adam Kidron shared some of the highlights from the past year such as trips organised for Yonder users to watch Bruno Mars perform live in the United States and Adele in France.

But there’s more in store for users in the coming year. Kidron teased: “I am even more excited about what’s coming in 2017 – Yonder 2.0, which elevates and simplifies user experience.”

He said a new function will be introduced, Snap Karaoke, where users get to record themselves singing and upload their performance. They can then join the Snap Karaoke contest which will take place across five countries, culminating to a grand finale show in Kuala Lumpur.

The night was also filled with performances by up-and-coming Indonesian artiste Karel, Yuna and Datuk Siti Nurhaliza. Siti took time and updated the media on her musical journey so far.

One of Yonder’s biggest projects in the past year was the Yonder Music Live Series: Datuk Siti Nurhaliza & Friends Concert held last April. It was an extravagant concert featuring the well-loved pop singer as headliner and guest artistes such as Anggun and Afgan.

“I’m grateful to Yonder for giving me such a big platform and the opportunity to collaborate with other artistes,” Siti said at the anniversary party.

The most notable collaboration during the concert had to be her “digital duet” with the late Whitney Houston on the tracks, Memories. Houston’s vocals on the unreleased track played on as Siti sang live.

The video clip of the special performance will be released Dec 10 on Astro and Siti will be promoting it locally.

Asked if there’s a chance she’ll be promoting the song abroad, given its international appeal, she replied: “Of course, if there’s an opportunity and with my husband’s blessings, I won’t let that go. I’m open to it.”

Siti, who just got back from a 20-day family vacation in Spain, Portugal and the United Arab Emirates, will start work on her new album slated for release next year which will coincide with her 20th anniversary in the music business.

“I’ve been putting the word out on Facebook and Instagram that I’m looking for songs from new composers,” she revealed.

“So, we’ve received some 300 songs from popular and new composers from Malaysia and Indonesia and we’re shortlisting them now.”

That’s a lot of songs to go through. So what will the singer be looking for? To make the cut, Siti said the song’s melody has to be strong and catchy.

She added the album will feature more of the sounds fans love: “Fans know my music already so I don’t want to change too much, but I want it to sound more mature.”

Siti Nurhaliza performs a duet with the late Whitney Houston 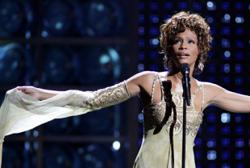 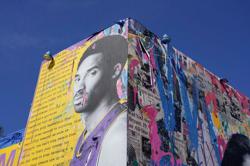