The panellists from the popular fashion series on E! Channel say it like it is.

THE 71st Golden Globes Awards, which was held earlier this week in Los Angeles, kicked off Hollywood’s awards season.

This can only mean one thing: All eyes are on what celebrities are wearing on the red carpet.

And no one is having more fun than the panel at E! Channel’s popular programme, Fashion Police.

Star2 met up with the panellists – Joan Rivers, Kelly Osbourne, Giuliana Rancic and George Kotsiopoulos – as well as executive producer Melissa Rivers on Monday in Los Angeles after the taping of the special Golden Globes edition of Fashion Police which will be aired tonight in Malaysia.

First off, Kotsiopoulos wants viewers to know that the panellists harbour no ill intent towards any celebrities when they talk about them on the show. “We critique the outfits, never the celebrities,” says Kotsiopoulos, who is a stylist by profession.

Now that that has been clarified, we are dying to know who they thought had the worst outfit at the Golden Globes. 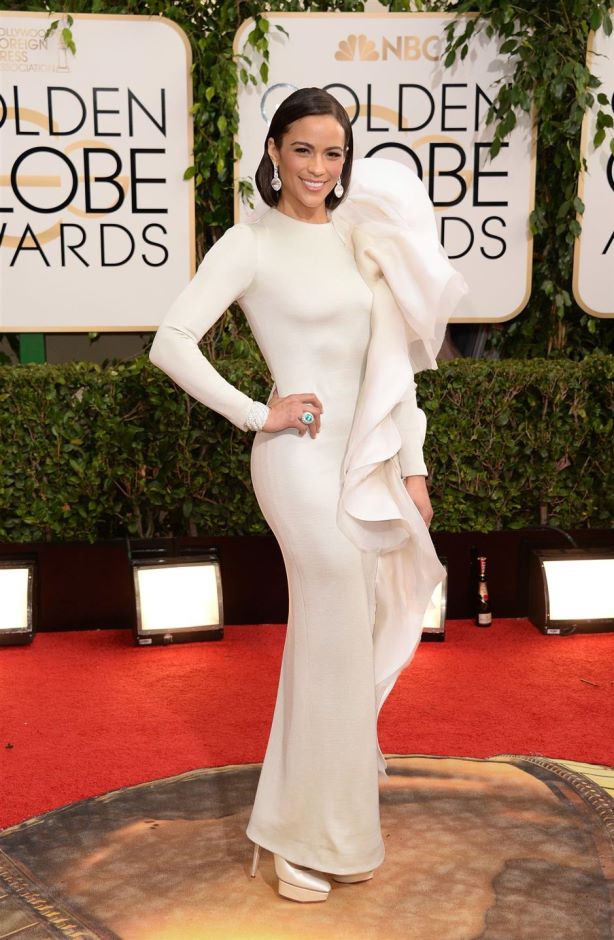 Joan, the most vocal as well as comical of the group says: “Paula Patton! She looks like she had a big white bird s**t on her dress. We’ll see this kind of dress on the runway worn by models who are very tall and thin, and they look great. Then a normal person, like Paula Patton, puts it on, she looks like an a****le. The dress is terrible!”

It is this kind of snarky and hilarious commentary from Joan and her three co-hosts that has made Fashion Police one of the top rated shows on E!.

While some celebrities (like Cameron Diaz) hate the show, others have come up to the panellists to say how much they love it – even though they might have ended up on the worst dressed list on Fashion Police.

Kotsiopoulos remembers one fan. “Drew Barrymore came up to me and I was worried because we’d just rip her on the show about her dress. But she said, ‘You guys are right, that dress did look bad on me’. I love her for saying that.”

Even designers have confessed their love for this guilty pleasure programme. “At the Met Gala, Tom Ford and Valentino came up to tell me how much they love our show. That’s just amazing,” says Rancic.

To celebrities who gets offended when they are ripped on the show, Osbourne has this to tell them: “If they can’t take a joke about themselves, they are in the wrong industry. This is Hollywood!”

> Fashion Police airs every Tuesday at 8pm on E! (Astro Ch 712). Tune in for a special edition of Fashion Police: Golden Globes tonight at 8pm.