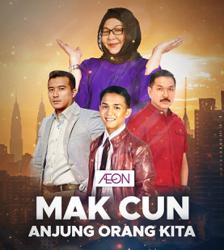 The cast of Oh My English! take their English lessons way out of the classroom in its latest telemovie.

HELLO America!” Azlin (played by actress Izara Aishah) shouts at the top of her lungs with her arms stretched out, in a promotional video of Oh My English!.

In its latest telemovie – Oh My English! Hello America – the students of SMK Ayer Dalam head to New York City for a spell.

“This was our first time going to the United States, except for Aaron (Aziz). It was very fun!” enthused Kaameshaa Ravindran, who portrays Anusha in Astro’s hit comedy and educational series, in a press conference.

The show kicks off with the students of 3 Merah getting the opportunity of a lifetime to visit the US after winning a short film competition.

The kids get a feel of what it’s like to study at an American high school, plus travel around New York to visit famous landmarks like the Times Square, Brooklyn Bridge and the Statue of Liberty.

But of course, what’s Oh My English! without its share of drama?

In the middle of it all, two students find themselves separated from the group, stranded hundreds of kilometres away in Washington!

Hello America is Oh My English!’s second telemovie, following the success of Oh My Ganu (set in Terengganu), which garnered a viewership of 1.1 million on its premiere telecast last November. It is also Astro’s most watched HD movie in 2013.

However, vice president of Astro’s GenNext business Putri Yasmin Megat Zaharuddin said viewers can expect something different this time round in Hello America.

“A lot of Oh My Ganu was in Bahasa Malaysia but with this telemovie, 70% will be in English. We hope it gets positive reviews from our fans.”

Putri Yasmin also said that there were a few challenges to shooting the telemovie in the US, thanks mostly to cultural barriers, though language was also a bit of a problem.

“On the first day of shooting, Akhmal got really sick so we went to the doctor. Going to the clinic in the US is such a different experience. The words and terminology they use are completely different. We spent more than half an hour just trying to understand what the doctor was saying.”

She added that some of these colloquial American-English terms will be addressed in the telemovie.

“When we say football in Malaysia, we mean bolasepak ... There’s a scene in the show where Cikgu Malik says he plays football and was sent to play American football instead. It’s hilarious,” she offered.

The cast said they thoroughly enjoyed their experience overseas, despite the strenuous work schedule and having to wake up at 4am each day. Zhafir said he loved visiting Times Square the most, being the home to Broadway, while Akhmal was most taken by the sight of Lady Liberty.

Asked if there will be other international editions of the telemovie, the cast cheekily responded, “We hope so.” 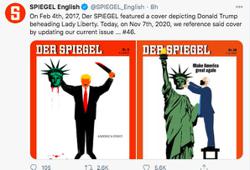 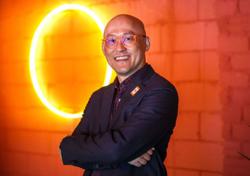