There's loads of fantastic TV programmes for everyone to watch during the Deepavali holidays.

THIS Deepavali brings you a host of wonderful programmes to brighten your viewing experience even more during the Festival of Lights.

From local productions to variety shows, Kollywood spectaculars to Bollywood extravaganzas, there’s a whole lot to spice up your holiday weekend.

> Raavan (TV3, 10pm): Beera is considered a bandit by the police, but is regarded as a local hero by ... er, the locals. He kidnaps Ragini, the wife of police superintendent Dev, and decides to take her life to avenge the death of his sister Jamuni. Cast: Abhishek Bachchan, Aishwarya Rai, Vikram, Govinda.

> Pollathavan (TV2, 11pm): Thanks, TV2, for not providing a synopsis. This could be the 1980 film in which Rajinikanth plays a man who kills a would-be rapist and then keeps his daughter’s nanny, who was both the intended victim and a witness, captive in his home. Or the 2007 film about ne’er-do-well Prabhu who tries to earn a decent living only to run afoul of some smugglers and gets into a series of violent confrontations with the crooks. Both sound interesting. The title means “Ruthless Man”.

> Cikgu Kamala (TV3, 1.30pm): Kamala is a happy and cheerful teacher at a school on the outskirts of the city. Her outgoing, cheerful attitude makes her students and the local folk think she is weird, and her presence there creates conflict because of her modern lifestyle. Cast: Puspa Narayanan, Fathil Dani, Intan Ladyana and Niezam Zaidi.

> Shuddh Desi Romance (Sony Max, HyppTV Ch 308, 9pm): Three young people in today’s changing India try to figure out what love, attraction and commitment mean to each of them. When their lives intersect, their beliefs are challenged and their loves, tested. Shushant Singh Rajput, Parineeti Chopra and Vaani Kapoor star.

> Barfi (UTV Movies, HyppTV Ch 307, 8pm): This movie dominated India’s 58th Filmfare Awards this year, bagging seven trophies, including Best Film. Ranbir Kapoor plays Barfi, a hearing- and speech-impaired young man who is in love with Shruti (Priyanka Chopra), but parental pressure keeps them apart. Their paths cross again years later; this time Barfi is in love with an autistic girl, Jhilmil (Ileana D’Cruz), who has gone missing. And Barfi himself is on the run from the law.

> Therintha Kovil Theriyatha Puranam: Utharakosamangai (Astro Vinmeen HD, Ch 231, 8.30pm): This special Deepavali edition of the show features Utharakosamangai, a sacred place situated in a coastal area. The temple is noted for the three specialities – Murthy (the deity), Thalam (holiness of the place) and Theertham (the holy water attributed to the temple). There is also a 3,000-year-old Jujuba tree (Ilandhai maram) here. The show is hosted by Reneetha.

> Chinnanne Periyanne (live) (Astro Vaanavil, Ch 201, 11.30pm): This special festive episode will feature the famous DJ brothers Raam & Anantha who will interview Narakasuran. Catch this segment to find out what they actually discussed.

> Estet (TV1, 9pm): This is an entertaining local production with a colourful cast. The film is directed by Mamat Khalid, who used the football theme to promote a “feel good” spirit among Malaysians of all backgrounds. The story revolves around two estate football teams, Cinta Manis and Red Cobra, led by workers who both admire the same estate belle. Starring Farid Kamil, Shoffi Jikan, Jasmin Michael, Shahshi Tharan, Siti Nurfazurina, K.S Maniam, Gandii Nathen, Mislina Mustaffa, Mohan and Jayasree, with the special participation of David Arumugam and Rosyam Noor.

> KO (TV2, 1pm): A press photographer helps a team of youths win the election by mocking corrupt politicians in his newspaper, but later the plot moves quite differently.

Watch out for special appearances by famous actor Suriya and other big names in the business. Starring Jiiva, Karthika Nair and Piaa Bajpai.

> Ra One (TV2, 10.30pm): And what’s Deepavali without a movie (or two) starring Shah Rukh Khan? A video game developer’s world spirals out of control when his shape-shifting indestructible virtual creation becomes all too real.

> Kuruvi (TV2, 1.30am): Vetrivel is a nice guy working for a courier firm. Little does he know that the couriers are being used by a gang of smugglers as secure transportation for illegal substances like narcotics. Neither Vetrivel nor his colleagues are aware of this and fate lands him in jail when he is caught transporting one such parcel full of contraband. How can he clear himself?

> Johnny Bravo Goes To Bollywood (TV3, 11.30am): The oddly-shaped bumbling jock Johnny Bravo jets off to Bollywood with his perfect hair to knock superstar Jiggy from his pedestal and become the lead in Indian blockbusters Avasitar 2 and Bindiana Jaihones.

But when a mean and nasty cult of assassins kidnaps Mama Bravo and Johnny’s tween agents, Pinky and Shinky, Johnny must team up with his rival to save them all.

> Singam (TV3, 2pm): One of the biggest Tamil blockbusters starring superstar Suriya comes to our local screens. “Singam” means “lion”, so you can expect to hear our hero roar ... well, by his deeds at least. Sub-Inspector Durai Singam lives a fairly comfortable lifestyle along with his family. He is well known throughout the village and is respected by everyone.

One day, the High Court directs an influential gangster, Mayil Vaaganam, to report to Durai on conditional bail. Instead, he sends one of his cohorts to do the formalities, much to Durai’s anger. He demands that Mayil appear before him to sign the bail documents himself.

The humiliated villain vows to take revenge on the cop but is unable to do so because the whole village is behind Durai. Mayil devises a plan to get Durai transferred out of the village so that the policeman and his family will then be easy pickings. Co-starring Anushka Shetty, Vivek, Prakash Raj and Manorama.

> Himmatwala (UTV Movies, HyppTV Ch 307, 8pm): An honest temple priest takes on more than he can handle when he witnesses a murder and gives evidence in court against a powerful landlord in his village. The landlord bribes his way to freedom and engineers a ploy to ruin the priest’s reputation and his standing in the village.

With his reputation tarnished, the priest commits suicide,and leaves his wife and young children to fend for themselves against the evil landlord.

The son flees the village and travels to Mumbai to start afresh, but returns years later to avenge his family’s suffering. Starring Ajay Devgn, Tamannaah Bhatia and Mahesh Manjrekar.

> Shootout At Wadala (Sony Max, HyppTV Ch 308, 6pm): This movie is based on a true story. It dramatises a 1982 shootout involving the Mumbai police and a notorious gangster. It involves a young man who follows in his gangster brother’s footsteps, with deadly consequences. Starring John Abraham, Kangana Ranaut and Anil Kapoor.

> I Am With You Muruga (Astro Vaanavil, Ch 201, 11.30am): This is an 80-minute solo Bharatha Natyam recital conceived, choreographed and performed by international soloist Mavin Khoo, with live vocals by the world-renowned OS Arun.

> Maryan (Astro Vinmeen HD, Ch 231, 10pm): An Astro Premiere, this is one of the most highly anticipated sagas of the year, based on a real-life incident. National Award winner Dhanush, acclaimed director Bharat Bala and Oscar-winning composer AR Rahman collaborate on this tale of a fisherman who goes to work in Sudan only to be captured by terrorists. 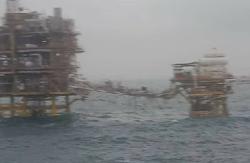