Visitors pose with a sculpture entitled "The Sphere That Changed The World" by Angela Palmer at 'Injecting Hope' exhibition at the Science Museum in London. Photo: AFP

From a scientist's laptop to the syringe used to inject Britain's first Covid vaccine dose, an exhibition that opened recently in London recounts the quest to produce a coronavirus jab through objects.

Items on display include artworks, notes taken by British vaccine chief Kate Bingham during early meetings to decide the country's strategy, and the syringe used to administer its first dose.

Machines used to manufacture the vaccine are also on show along with personal artefacts of those at the heart of the battle to beat the virus.

They include the laptop and mug that Teresa Lambe, co-developer of the Oxford University/AstraZeneca vaccine, relied upon during a weekend of intense work to calculate what its chemical composition should be.

"Once they had an understanding of the genetic make-up of this new virus, she essentially sat at home, on her laptop, in her pyjamas, drinking lots of cups of tea, designing a vaccine," explained exhibition curator Stewart Emmens. 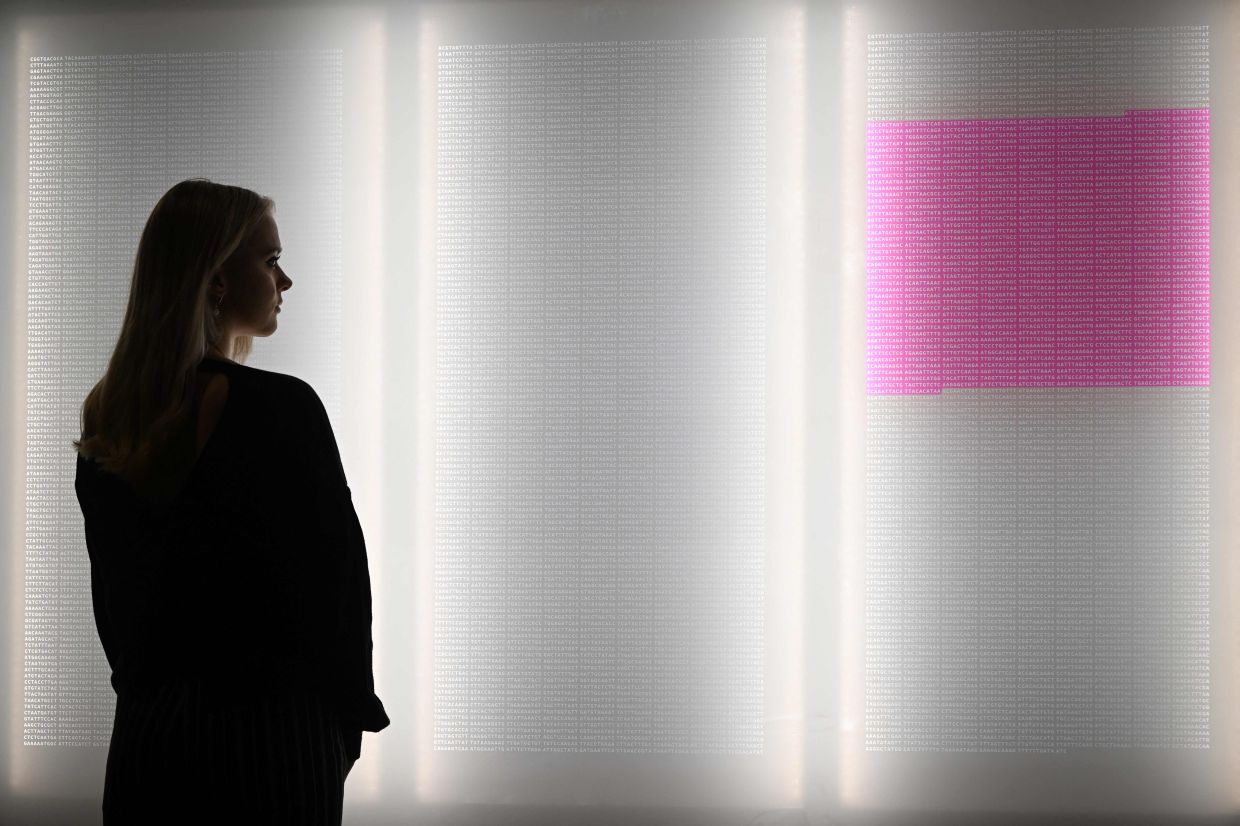 A visitor poses next to a visualisation of Covid-19 with the pink section representing the spike protein at the 'Injecting Hope' exhibition in London. Photo: AFP

"We have a laptop, we have a mug and we have a T-shirt on display here. It's nice, in amongst all the science, to really drive it home that there are people behind this, just normal people doing their jobs."

The museum began collecting objects related to Covid in February 2020 as "objects associated with epidemics and pandemics are largely missing from historic collections", said Emmens.

After exploring the development and testing of the products, visitors then get a glimpse into the unprecedented plans to administer the vaccine to Britain's 67 million citizens.

Along with Bingham's scribbled notes are maps integral to Britain's successful rollout.

"When we collected these, they were just plastered on the walls of NHS headquarters," explained Emmens.

"Most people would think... vaccinating countries would be a very much a digital project, very much a big data, number-crunching exercise.

"But here we have these physical maps, which were used quite early to work out where best to place vaccine centres."

He also hopes that the show will reassure those nervous about taking the vaccine due to its speedy arrival on the market.

"Nothing focuses the mind like a global pandemic," said Emmens.

"The vaccines were following the same processes of approval, and trialing and testing as would normally be the case," he said.

"But very cleverly, things were streamlined, overlapped in a way that gave the same results as you would get normally, without cutting corners."

Sitting incongruously among the gleaming machines are also a collection of crabs.

"We do have some examples of horseshoe crabs within the exhibition, which many visitors will be very surprised by," said Emmens.

The blood from the horseshoe crabs is highly sensitive to bacterial contamination, and is used to make sure the vaccine and the vials that carry it are clean, he explained.

"So they've played a... crucial if unlikely role in the vaccine story." - AFP 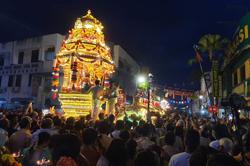 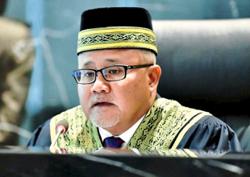