Earlier this month, Bono opened his book tour for his bestselling 'Surrender: 40 Songs, One Story' to thousands of screaming fans at Manhattan's Beacon Theatre. Photo: AP

Bono's autobiography is the story of the people, poetry and politics that have accompanied his career as U2 frontman and celebrity activist.

“I shouldn’t be here ‘cause I should be dead.”

The Irishman says that there could have been many causes of death for him – terrorist attacks nearby while he was in Nice and Paris, train rides through Ukraine for a subway station gig in Kyiv, death threats by the Irish Republican Army, accidents, emergency operations.

Bono – born Paul David Hewson in Dublin on May 10, 1960 – says: “I was born with an eccentric heart,” which reveals a great deal about him and his memoir.

Each of the 40 chapters begins with illustrations drawn by Bono and bears the title of a song. But running through his life story are not only lines from his own songs, but also from other performing artists. While providing mainly a linear, chronological account, Bono also occasionally jumps back and forth in time, and digresses here and there. In 'Surrender', each of the 40 chapters begins with illustrations drawn by Bono and bears the title of a song.

Bono leaves nothing out: The early death of his mother, a difficult relationship with his father, his musical beginnings, U2’s success and his efforts to deal with that, on through to political topics such as the debt forgiveness Jubilee 2000 and establishing such organisations as (RED) and ONE to combat the HIV epidemic and extreme poverty. Family secrets and private moments are also not spared in his account.

He appears to know everyone, and it’s not mere name-dropping when he talks about Bob Dylan, Bill Clinton, Paul McCartney, Angela Merkel, Sting, Barack Obama, Helena Christensen and Warren Buffet. But no one has been acquainted or befriended by the 62-year-old without wanting – or needing – to change the world along with him. Among others in his account are Luciano Pavarotti, Nelson Mandela, David Bowie, Steve Jobs, Johnny Cash, Pope John Paul II, Frank Sinatra, B.B. King and Michael Hutchence of INXS.

The Dublin-born singer is well aware that many of the personalities were controversial at times – but he says, for example, about former US president George W. Bush that they were important contacts for his humanitarian efforts. He’s also aware of the widespread criticism – including from his own band members – of his stunt in 2014 to release the Songs Of Innocence album to all iPhones worldwide without asking anyone beforehand.

Following the autobiographies of Bruce Springsteen (Born To Run) and Dave Grohl (The Storyteller) Bono has succeeded with a touchingly personal and – seen from outside – unsparing book. The reader is also served up the obligatory “sex, drugs, and rock ‘n’ roll” revelations of a rock star, because, simply put, this comes with the territory. Especially if you’re the frontman of a band that has sold 175 million records worldwide. Communion with the rock icon: Bono performs on stage during U2’s concert at the Olympic stadium in Berlin in 2009. Photo: AFP

Drugs are also a topic in Surrender, above all because Bono writes about their consequences for people close to him. Like U2 bass player Adam Clayton, who today speaks openly about his addiction and mental health.

Sex is also mentioned, albeit only on the periphery. To Bono, what is more important is love – not just of the romantic kind, but also of the friendship sort. It’s his love for his wife Ali, to whom the book is dedicated, that holds the singer, activist and now book author together.

He’s also borne by love for his four children and for his U2 band members The Edge, Larry Mullen Jr and Adam Clayton. The love for the music is a constant in this 696-page memoir. And, love for the world and humankind.

Surrender is well written memoir, and Bono does not spare himself from criticism, and he tells us he needs other people more than they need him. He even admits he can be stubborn and moody.

In such passages, he is at times poetic and humorous, at times self-deprecating.

In moments like these, we feel how Bono is learning to surrender, coming full circle to the book’s title. – dpa 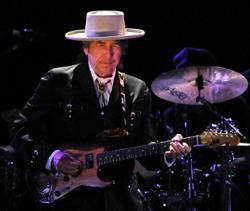 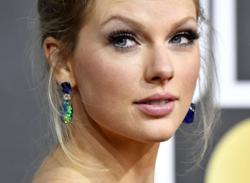