Banners announcing the return of the George Town Festival this July 9-24 and promoting its many programmes, seen at Sia Boey Urban Archaeological Park. Photo: The Star/Chan Boon Kai

Awakening alongside the rest of the local arts scene, the George Town Festival (GTF) in Penang returns this weekend for its 13th edition.

From visual art to dance, puppetry to augmented reality and children’s theatre to discovery walks, it seems that every genre that engages the senses is clamouring for a space after a two-year physical hiatus.

Be it traditional or contemporary, clay or tiles, music or fashion, there’s something for everyone – ticketed and free admission – at this year’s on-site festival that runs from July 9-24.

While GTFs have had the tendency to gravitate toward the heritage zone and buffer zone, it’s nice to see Lebuh Macallum front and centre on this year’s programme schedule.

Famous for its many strata flats, Macallum Street and its adjoining ghaut is home to thousands of Penangites who stay in its affordable public housing blocks.

And for one night only, the rooftop of Kompleks Pulau Mutiara – a huge veg and fruit wholesale market in the state – will vibrate with lively cultural beats, the classics and some very special original songs inspired by Penang, in Hokkien, of course.

Songbird Chelsia Ng, who many will remember started her career in the beloved local sitcom Kopitiam, will take the stage, as will multicultural ensemble Culture Shot.

With instruments like the er-hu, gendang and lang-ting-tang (beggar’s guitar, forgive our translation), Culture Shot is a group like no other, united by their unique differences and love for music.

In an open invitation, GTF invites all to come visit the famous Macallum flats or if you live there, just throw open your windows and bask in old Hokkien ballads and toe-tapping cultural beats while you take in the urbanscape of George Town.

Throughout history, the number seven has held such significance and hidden meaning.

From the number indicating completion to the seven wonders of the world and the seven deadly sins, the digit has a lot to unpack.

Together but apart, they explore the seven basic building blocks of art: line, colour, value, shape, form, space and texture.

Curator Ivan Gabriel says the exhibition aims to showcase the traditional to the unconventional, to the postmodern and contemporary, and in the process, witness the connection and interaction between the artworks of the seven artists. 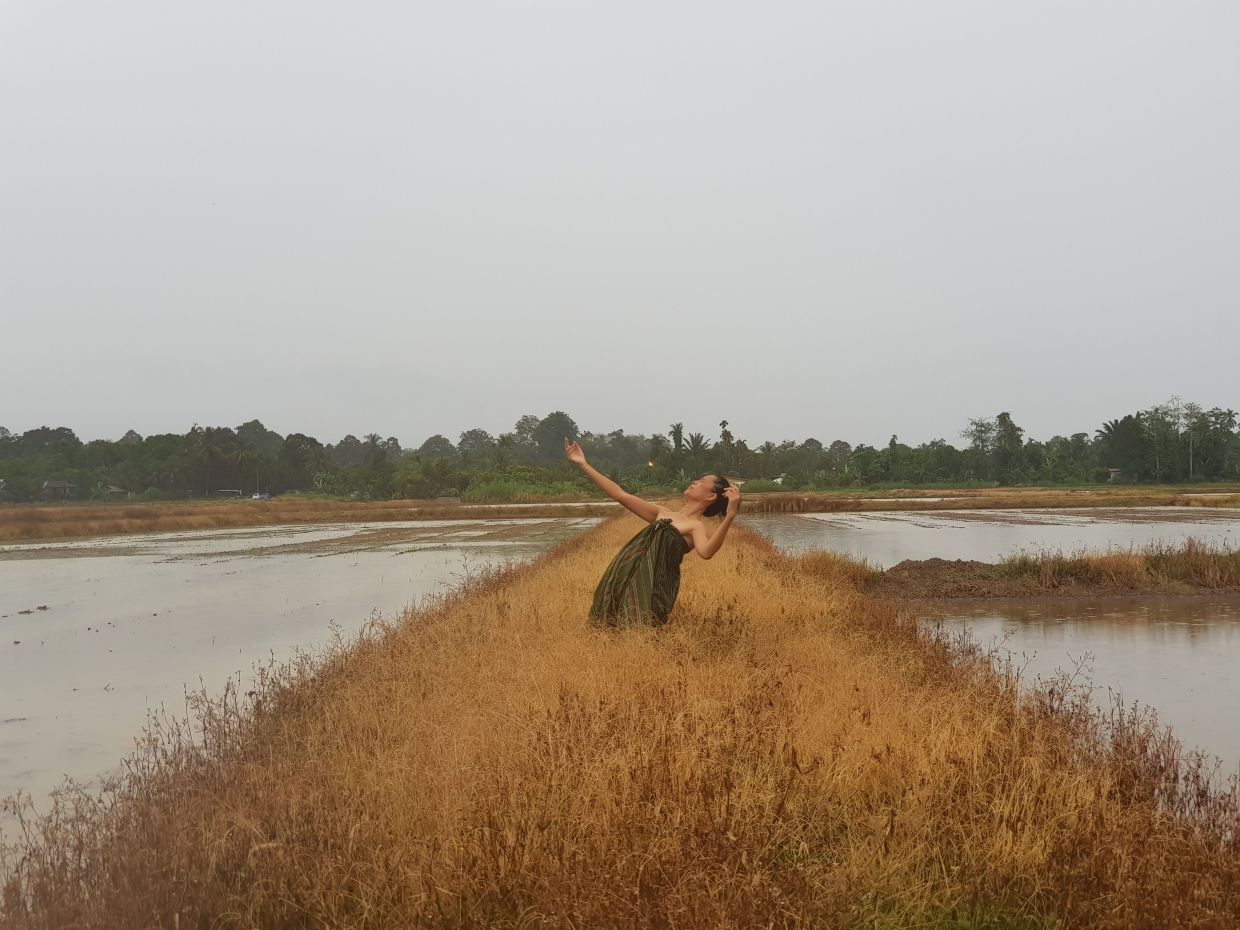 In a three-way marriage between music, movement and Jjampi (recited mantras) comes a truly unique on-site experimental performance entitled Angin OMbulan. Presented by artist-researcher-academic Kamal Sabran and leading contemporary dancer and choreographer Aida Redza, this collaboration is an extension from their Ssegar Angin: The Healing Art Project, which debuted at a collateral event programme to coincide with the Venice Biennale in April this year.

Exploring sound and body movement to heal the internal psychic and spiritual body, the artists take inspiration from traditional Malay healing methods with a modern twist thrown in.

Filling the performance realms with aural-sonic and kinaesthetic energy, visitors are invited to serah diri (Malay for surrender) to the light of the moon and flow with the wind by the seaside as they explore the power and healing of a woman taming the winds of desire and emotion.

There’s something about fairy tale villains wanting to make children into food.

With Baddie, the evil wizard in the GTF edition of Oops! Belle The Witch Is Gone!, the fascination is soup.

Ugly soup, to be precise, to make the world an ugly kingdom, forever.

However, to make it, Baddie needs one particularly clever but naughty boy named Momo. 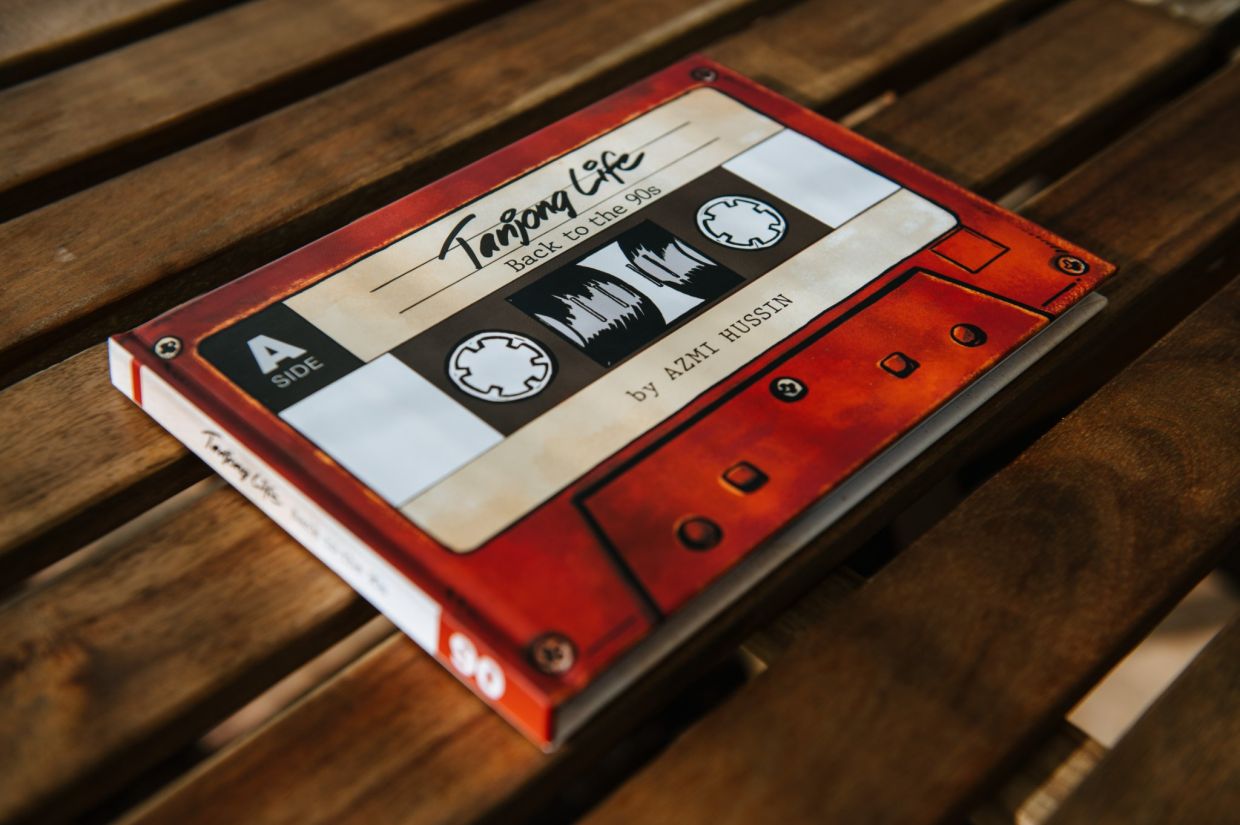 Artist-cartoonist Azmi Hussin's new comic book 'Tanjong Life: Back To The 90s' is ready to take festivalgoers on a retro 1990s trip through Penang. Photo: GTF

While Joe G was managing new pandemic norms in his last book, it looks like Azmi has pressed “rewind” on the new book Tanjong Life: Back To The 90s.

Or how about playing the same song over and over again on those old coin-operated jukeboxes? Or riding the Penang ferry?

As this publication aptly sums up, the 1990s was still the best decade to grow up in, especially if you were in Penang.

Azmi will host a sharing session on the Tanjong Life series at the century-old The Whiteaways Arcade.

Interest in the historic building grew after George Town received its Unesco inscription and restoration of the site was completed in 2011. 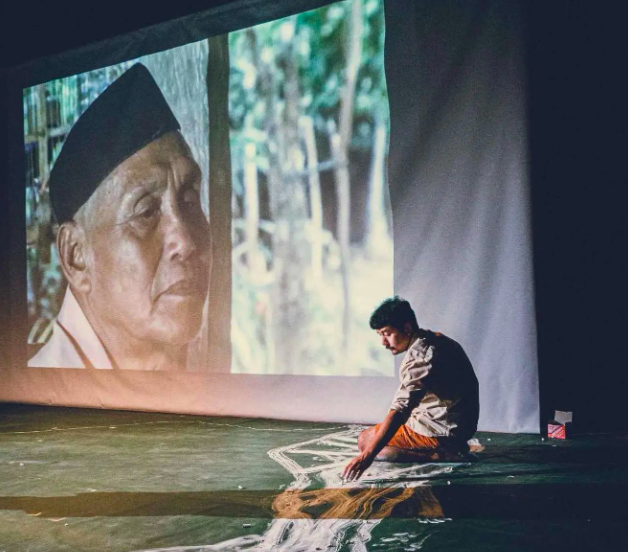 A scene from Five Art Centre's 'A Notional History' documentary theatre show, which plays at GTF on July 16 and 17. Photo: Bryan Chang

Kuala Lumpur-based Five Arts Centre makes a trip up George Town to present this new production – a documentary theatre show – which wowed audiences and critics at the recent Kunstenfestivaldesarts in Brussels, Belgium. It was also part of Five Arts Centre’s theatre opening series at its new venue (GMBB) in KL last month.

As a bold and experimental theatre piece, A Notional History, directed by Mark Teh, responds to a critical moment in Malaysia – the publishing of new, official history textbooks – following the historic 2018 general elections.

In this documentary performance (in Bahasa Malaysia and English), an activist (Fahmi Reza), a journalist (Rahmah Pauzi), and a performer (Faiq Syazwan Kuhiri and his ukelele) excavate school textbooks, inherited memories, and video interviews of exiled revolutionaries – uncovering erasures, exclusions and questions around the Malayan Emergency. They investigate and speculate on the possible histories for a “New Malaysia”, intersecting the personal, the national, and the notional.

Ahh, the first MCO (Movement Control Order). Implemented in the country on March 18, 2020, the lockdown was novel, scary and hopeful, all at the same time.

No one was really prepared for the unprecedented event, least of all “Ah You”, who was about to fly overseas for the first time in his life. Joined by two of his best friends, the trio are all geared up for a long-awaited trip to the Netherlands only to arrive at a completely deserted Penang International Airport.

Distracted by the anticipated holiday, none of them had any idea an MCO had been imposed and it may take more than a little pandemic to stop them from getting on a plane.

Jom! Pi Holland! explores where the gang will end up – in lockdown, or lock up? – and reminds us all to not take things too seriously, even if the sky is falling.

Produced by former journalist Julio Lee, this open-air, multilingual community performance is presented by members of several different troupes in Penang, gathered together by The Old Boys Drama Club. 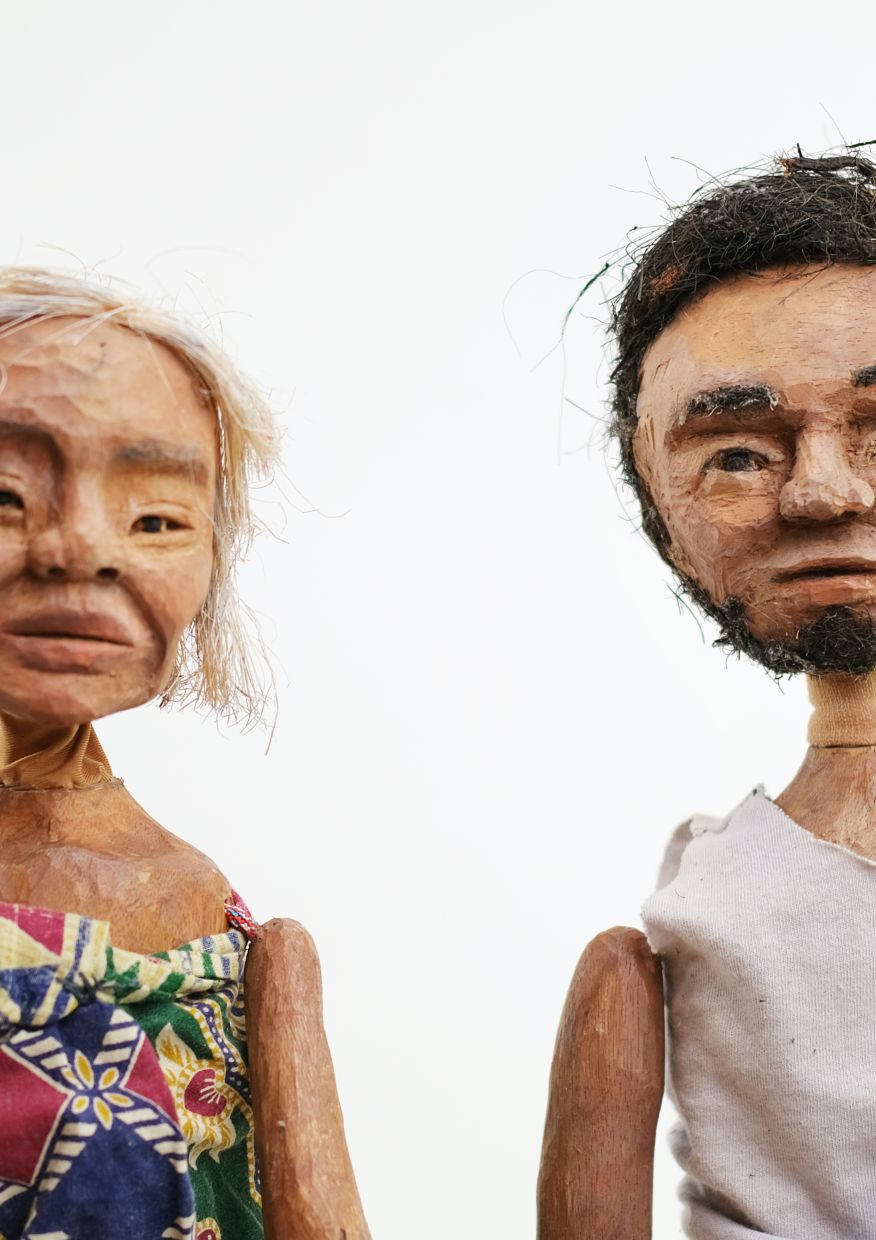 In a haunting South-East Asian folklore brought to life by Teochew iron-rod puppets, IBU is both enthralling and terrifying.

Inspired by the Si Tanggang folktale, the story follows a young man who flees his impoverished hometown, becomes rich and marries a princess.

All is good until Tanggang returns home and, ashamed of his old and unsightly mother, refuses to acknowledge his roots, eventually bringing down onto himself a mother’s wrath.

It is performed by the newly-formed Iron Gang Puppet Theatre that aims at exploring the revitalisation of the nearly extinct art form of Teochew iron-rod puppetry.

IBU sold out its debut run at PJPAC in Petaling Jaya earlier this year, so get your tickets early. Paul Augustin, the director of Penang House of Music, will be sharing his research and observations while archiving music recorded in the pre-and-post Merdeka era in the 'Songs At The Dawn Of A Nation (Part 2)' session on July 24. Photo: Handout

SONGS AT THE DAWN OF A NATION (PART 2)
Venue: Penang House of Music
Date: July 24
Free to attend, with pre-registration

Paul Augustin always says you can tell the story of a nation through its music.

The director of Penang House of Music (PHoM) will take the stage to share crate-digging adventures of how old recordings are retrieved, rescued, restored and archived.

The effort to salvage pre-Merdeka audio treasures to create a repository is a large part of PHoM’s work in its in-house resource centre that aims at preserving an important part of Malaysia’s intangible history.

Come and hear the actual songs and voices from before, during and after the birth of a nation.

Songs At The Dawn Of A Nation (Part 2) follows its popular 2019 edition also hosted by GTF.

It is often said that the eyes are the windows to the soul.

Exploring the dimensions of the gift of sight, the Penang Modern Dance Ensemble (also known as Euphoria Penang) present VISION - A New Wave. The three-part repertoire starts with Blind Zone in which dancers contemplate the existence of good and evil and whether such entities are absolute.

In the middle section – Eye In-sight – the audience is made aware of their different surroundings and are invited to see through another’s eyes.

In A Sudden, the finale, challenges all present to face their fears, invisible as they may seem.

Each section is designed by an emerging choreographer; Anthony Fong, Michelle Cheah and Flora Foong, respectively.

This contemporary dance performance is staged at the landmark Majestic Theatre, the state’s first cinema built in 1926.

Originally a theatre building, the site became the first in Penang to feature sound half a century later and screened everything from Chinese films to Hollywood movies in the 1980s.

It fell victim to the Wall Street Crash and was subsequently abandoned before being restored in 2016. 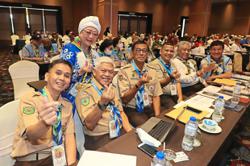 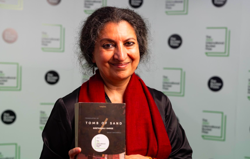 Asian cultural groups try to save sacred swastika corrupted by Hitler
New art destinations to explore in the Asia Pacific region
Beyond football, Qatar is using cultural soft power to impress the world
Are there many women on your list of favourite artists?
New US musical brings high-energy world of K-pop to Broadway
Bondi Beach sees thousands stripping for cancer awareness photo shoot
Shine on: heritage campaigners save London's historic gas lamps
Horseman and hero: who is Argentina's 21st century gaucho?
Review: a portrait of an artist in Venice-winning documentary
US cartoonists honour 'Peanuts' creator in Saturday funny pages