‘I am so excited to be back on stage with friends old and new and of course working on the The Big LOL Show ... You will be getting the ‘Kam Treatment’ for sure and some surprises as well. This is going to be lit,’ says Kam. Photo: The Star/Kamarul Ariffin

Who would imagine that Malaysia’s Queen of Comedy Joanne Kam would roll up her sleeves and make roast pork in her home kitchen, to sell at food fairs? Yet, that is exactly what she did to make ends meet during the pandemic.

With no live shows and a subsequent drop in income, she had to find a way to pay the bills and keep the lights on.

“The pandemic taught me the hardest thing ever – that you need to just bite the bullet and do whatever it takes to survive. I am a single mum, bills and rent kept piling up, and I had to ensure that my daughter was taken care of. So I decided to start my roast pork venture Poh Poh’s Crack,” says Kam.

When she bought her first slab of pork belly for this venture, she had less than RM1,000 to her name.

“People think that we comedians are rolling in money but I had used up all my savings and I was desperate to try anything. But I wasn’t ready for OnlyFans just yet,” she adds with a laugh.

To her surprise, this first batch sold out within a few hours and she soon found herself having to prepare more roast pork to keep up with demand.

Kam usually prepares this dish during Chinese New Year, but never in such large quantities at a time. 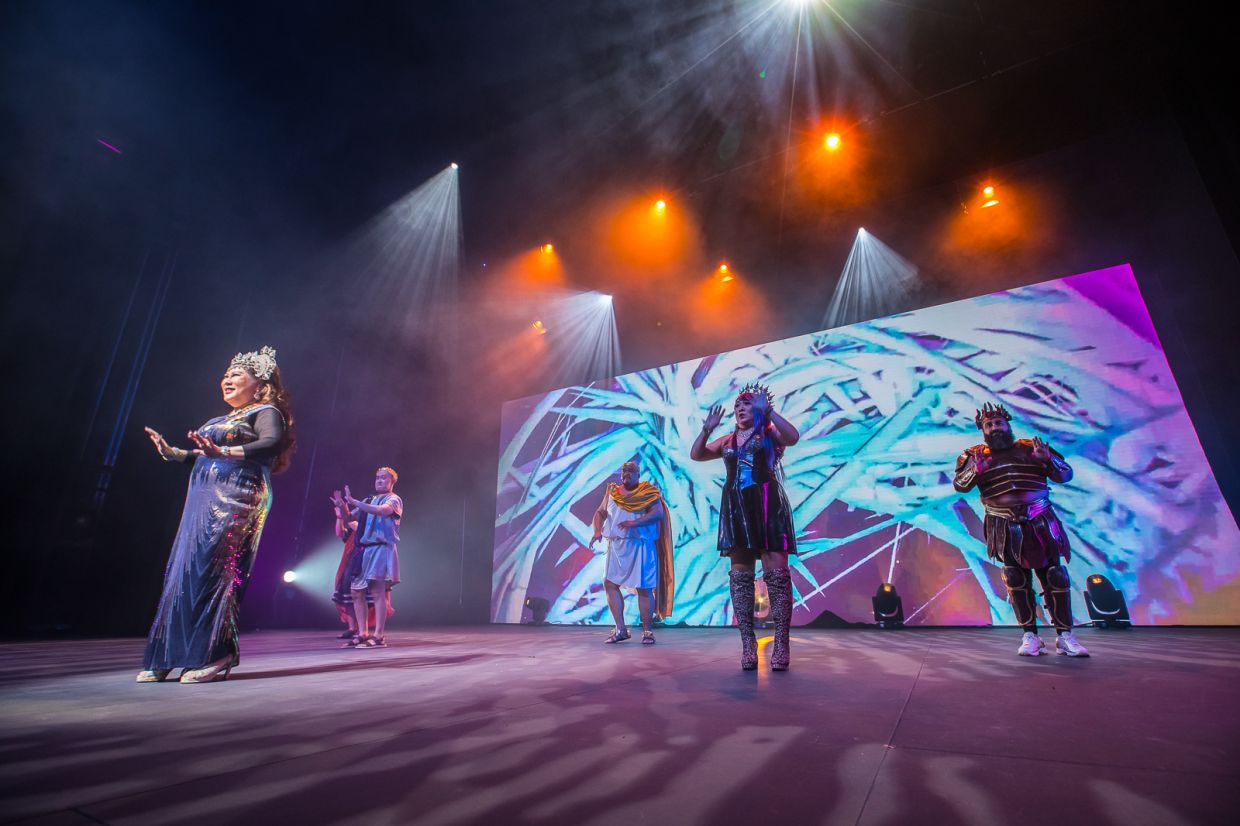 Kam (left) performing at the 'Kamthology' comedy show at PJPac in October last year. The group show, which was well-received by the general public, also put Kam back on track for the main stage. Photo: Alywin Joshua

“The highlight of Poh Poh’s Crack was fulfilling 69kgs of roast pork during three days of CNY in 2021. I started diversifying the menu: at food fairs, I sold roast pork on charcoal buns with an array of different sauces, nasi lemak babi and even came up with a Siu Yoke Birthday Cake. I learned several things along the way, like how I cannot roast with the oven and have a huge rice cooker going at the same time, unless I want my electrical socket to give up on me.

“I also learned not to chase after things that I cannot or may not have the skills to do. I am very bad at tech and video production and my daughter got fed up at me screaming for her to shoot my video, but she has now learned how to set up my two ring lights for online shows and Facebook Live,” she says.

But it isn’t always manic in Kam’s kitchen these days.

When she has to wake up at the crack of dawn to prepare her roast pork, she listens to meditation music as it helps her start the day with a sense of calmness and purpose.

And the secret, she says, to her popular roast pork is the marination and salt.

Comedians ((clockwise from top) Steven Bones, Joanne Kam and Bibi Kay Poh on the Chap Fan Show in March 2020. This online series kept Kam and friends busy during the early and difficult days of pandemic in 2020.

Now that the arts and culture events industry is back on track, Kam is back in business.

Together with Kumar, Jo Kukathas, Prakash Daniel, Kuah Jenhan, Vince Chong and Yazmin Aziz, Kam will be part of LOL Asia’s The Big LOL Show this year, the first comedy show to be held at the new venue Zepp Kuala Lumpur.

Themed “The Comeback”, this comedy extravaganza will run from June 16-18.

The thought of being under the bright stage lights for three nights in KL is an exciting one for Kam, who had to survive with a series of online comedy show bookings in the last two years.

During the pandemic, Kam was on The Chap Fan Show on Facebook Live, a weekly programme with a few other comedians. She also collaborated with Kumar on “Causeway Kamedy”.

This pandemic is the longest Kam has been forced to take a break from live performances since she made her debut in the early 1990s and it is obvious that she is looking forward to being back in front of an audience.

A publicity poster for the The Big LOL Show which plays at Zepp KL from June 16-18.

“I am so excited to be back on stage with friends old and new and of course working on the The Big LOL Show ... You will be getting the ‘Kam Treatment’ for sure and some surprises as well. This is going to be lit,” she enthuses.

Anyone who has seen Kam in action will remember her no holds barred style and distinct personality – bold, cheeky and larger-than-life. Her outfits on stage are sexy and sparkly, her jokes even more so.

But she shares something not everyone knows about her: “Believe it or not, I am especially shy around people I am attracted to,” she says.

As for her Poh Poh’s Crack business, stay tuned for updates on a pop-up stall soon. She is also planning to open a stall or cafe when the time is right.

Tickets for The Big LOL Show (June 16-18 at Zepp KL) are available here.